Sony has announced the ZV-1, which is a pocket-sized compact camera designed specifically with vloggers in mind. It basically is a variation to the company’s more expensive RX100 series of point-and-shoot cameras, plus some really useful modes and optimizations in terms of video recording; especially of oneself. That’s the approach to Sony ZV-1 right there – take the niceties of the RX100 and fashion it into something for those who prioritize in recording themselves. So, let’s take a look at the features, specs, and expected price of Sony ZV-1 in Nepal.

Here, the Sony ZV-1 features the same sensor and processing power as the RX100 VII. It has a 20.1MP 1.0-type stacked Exmor RS CMOS image sensor with a DRAM chip and a faster 24-70mm f/1.8-2.8 ZEISS Vario-Sonnar T* large aperture-lens. There is the same BIONZ X image processor with front-end LSI for high-res/low-noise image quality.

Sony ZV-1 also marks the debut of a side-opening tiltable display and there is no electronic viewfinder. It is a 3.0-inch touch-supported LCD panel. This is something vloggers would definitely admire as it gives a much more comfortable recording experience. Also, this design eliminates any chance of obstruction with microphone accessories that go on the top of the camera.

In terms of recording, Sony ZV-1 is capable of shooting 4K videos with full pixel readout and no pixel binning in high bit-rate XAVC S codec. Its “Super Slow Motion” facilitates recording up to 960fps, while there is also an “Interval Shooting” feature for shooting time-lapse videos. These support Hybrid Log-Gamma (HLG) HDR, S-Gamut3.Cine, S-Log3, S-Gamut3 color space. And though it doesn’t have a headphone port, the ZV-1 does come with a 3.5mm microphone input.

While one can always turn on the bokeh effect (background blur on out-of-focus objects) manually, the ZV-1 makes it easier with a dedicated button. The Background Defocus function lets users instantaneously toggle between two levels of bokeh effect while recording. 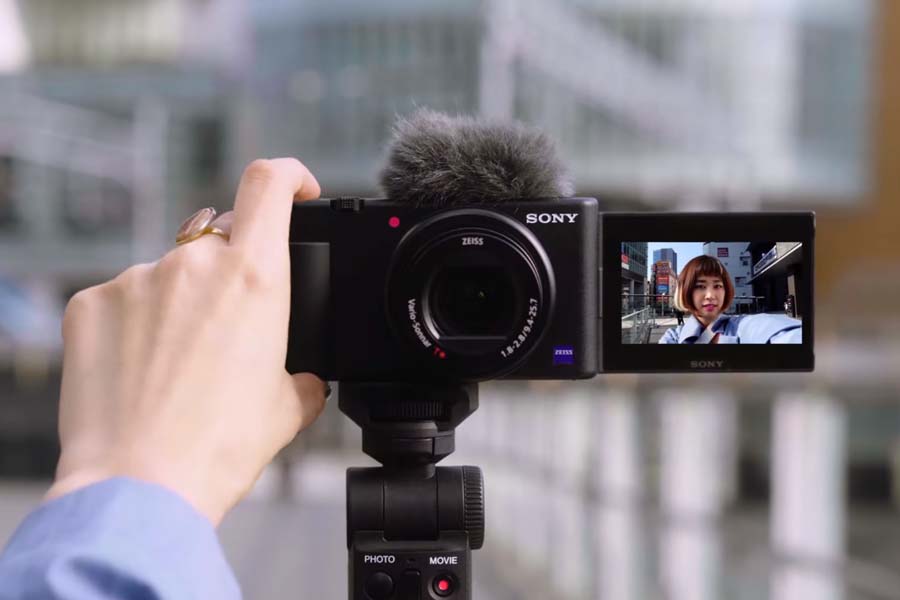 Sony ZV-1 is also introducing what the company calls the “Product Showcase Setting“. In the past, the camera would lock focus on the subject’s face and the user would have a hard time shifting focus to something s/he is showcasing instead. 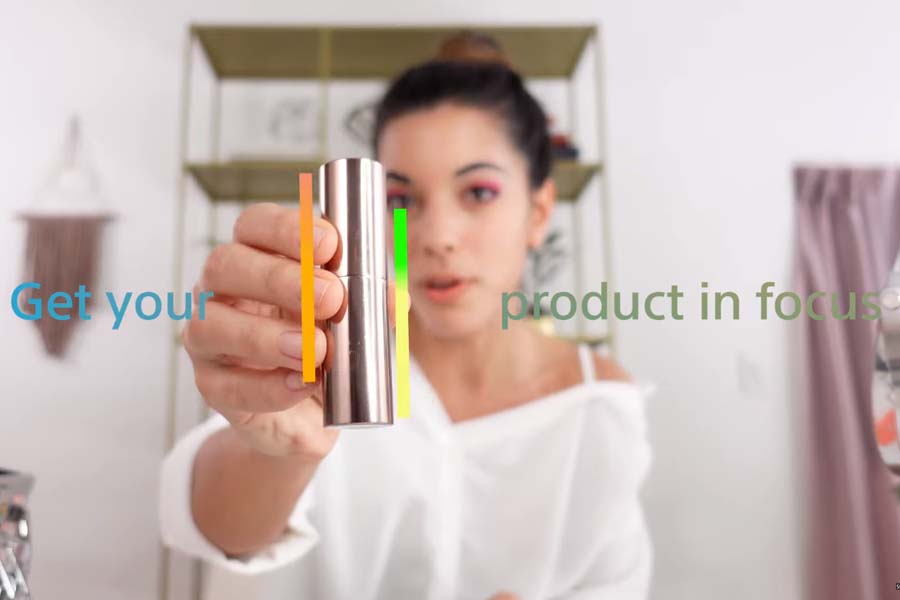 And with this feature, the ZV-1 is capable of quickly and accurately shifting focus to the product and back to the person as required. That’s thanks to its real-time Eye AutoFocus (AF) and real-time tracking AF for video. However, it doesn’t have Animal Eye AF.

Most regular cameras fail horribly when having to deal with a sudden and extreme change in lighting conditions. They just blow up the subject’s face when moving into a bright location, thus overexposing the subject. However, Sony ZV-1 has a dedicated Face Priority AutoExposure (AE) function which detects and prioritizes the subject’s face to automatically adjust exposure to give a natural skin tone in any brightness condition. Moreover, it also addresses and adjusts exposure on the subject’s face when they quickly shift away from the video’s frame.

With the video aspect of things covered, Sony ZV-1 promises an equally impressive audio quality. It features a forward-directional 3-capsule mic which is best suited for capturing audio directly from the speaker in front of the camera; while disregarding noises from the side or background. 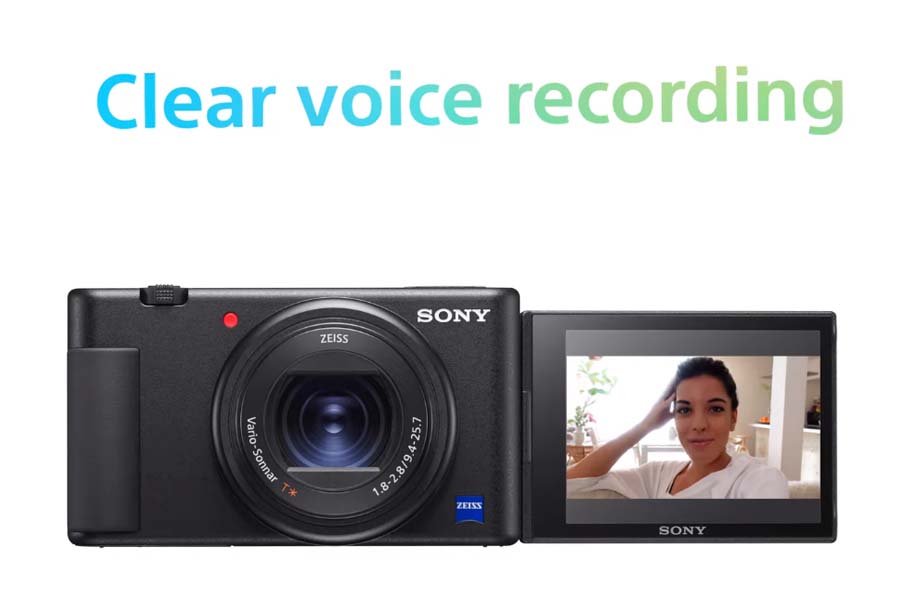 You can also connect an external mic into its 3.5mm mic jack or the Multi Interface Shoe (MI Shoe) mount. The camera also ships with a dead cat windscreen to reduce noises when shooting in a windy location.

Sony is also bundling (optional) the ZV-1 with a Vlogger Kit (ACCVC1) that includes a GP-VPT2BT Shooting Grip with Wireless Remote Commander, plus a 64GB Ultra High-Speed Media Card. And as the name implies, it’s just a grip and not an external stabilizer. For that, the camera relies on its own optical and electronic stabilization methods in HD recordings (Active mode) and Optical SteadyShot in 4K videos (Active mode). You can also connect it to an external screen through the micro HDMI connection. Unfortunately, it still uses a micro USB connection for charging purposes while supporting in-camera charging.

The Sony ZV-1 is available for pre-order at an introductory price of $749.99 and will start shipping from June 11. However, the price will jump back to $799.99 from June 28th. Similarly, the Vlogger Accessory Kit is priced at $99.99, or $149.99 after the end of the promotional period. We expect the price of the Sony ZV-1 compact camera to be available at Rs 120,000 when it launches later in Nepal.