Last year, TCL, a brand that is mostly known for its TV and display technology, came out with its own lineup of smartphones. The TCL 10 series was first announced at CES 2020 and was later made available in April 2020. And now, the company has taken the stage at CES 2021 to announce its successor – the TCL 20 series. As of now, only two new phones have been announced. In this post, we will be taking a look at the specs, features, expected price, and availability of TCL 20 5G and TCL 20 SE.

TCL has announced the TCL 20 series after the success of its TCL 10 series. The latter consisted of five mid-range devices in total, out of which only the TCL 10 5G had 5G connectivity. Now, the TCL 20 will have 5 new smartphones starting with the TCL 20 SE and TCL 20 5G. The other three devices – TCL 20 Pro 5G, TCL 20L, and TCL 20s will be launched later on.

Here, TCL 20 5G is the more premium of the two smartphones that TCL has announced at CES 2021. As the name suggests, it is a follow-up to last year’s TCL 10 5G. The company’s focus here has been on making 5G cheaper and thus more accessible. That is why the TCL 20 5G is powered by Snapdragon 690 5G which is nowhere near the SD 765G that was used in its predecessor. The device supports TCL’s Smart 5G which intelligently switches between 4G and 5G networks for better power efficiency.

Another new technology in the TCL 20 series is NXTVISION 2.0. It is a set of display technologies that enhances the device’s color accuracy, brightness and contrast level, SDR to HDR upscaling along with other adaptive and AI-powered features. TCL 20 5G features a 6.67-inch FHD LCD panel with a 20:9 aspect ratio. The punch-hole cut-out for the selfie camera is now in the center of the screen. The phone has a 91% screen-to-body ratio.

At the back, the device has a vertically aligned triple-camera setup. The setup consists of a 48MP primary camera accompanied by an 8MP ultrawide angle and a 2MP macro camera. There is an 8MP camera on the front for selfies.

A 4,500mAh battery fuels the device. The phone is compatible with Qualcomm’s Quick Charge 4+ and thus supports 18W wired fast charging. It has a side-mounted fingerprint scanner and comes with support for Wi-Fi, Bluetooth 5.1, and NFC. The phone ships with Android 10 but the company says that users will be able to upgrade it to Android 11.

Moving on, TCL 20 SE is the cheapest phone in the lineup and thus comes with a 6.82-inch HD+ screen with a 20.5:9 ratio. The LCD panel has a waterdrop notch that houses the 8MP selfie camera. Unlike the TCL 10 SE, this one features a Snapdragon processor. The phone is powered by Snapdragon 460 chipset and is available in a 4/64GB memory configuration. 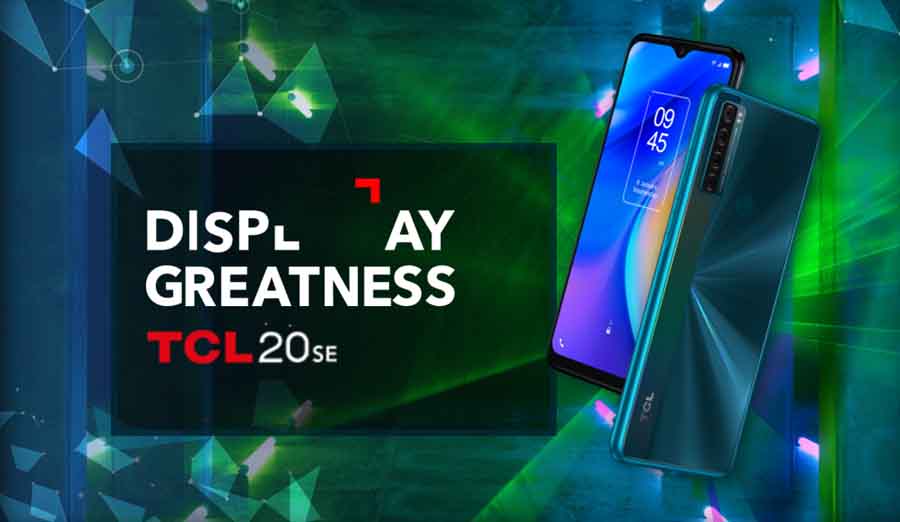 The quad-camera setup at the back consists of a 16MP primary camera accompanied by a 5MP ultra-wide camera and two additional 2MP sensors. A 5000mAh battery fuels the phone that supports 18W fast charging. TCL 20 SE has a rear-mounted fingerprint sensor.  Unlike the TCL 20 5G, it comes with Android 11 out of the box.

TCL 20 5G is already available in Italy where its price is 299 Euros. Similarly, the TCL 20 SE will be on sale later this month with a 149 Euro price tag. There is no word about the global availability of TCL 20 5G and 20 SE for now.