In this article, I’ll be talking about the best internet service providers (ISP) in Nepal. But please allow me to make a proper introduction first.

The internet has become an integral part of our modern-day life. So much so, that even the UN says internet access is a human right. From business requirements to personal entertainment to just basic digital socialization, our dependence on the web has rendered our lives into interconnected bliss; though I’d imagine many don’t share the same belief.

And with growing infrastructure, affordability, & subsequent accessibility, the total number of people connected to the web will only go uphill.

According to International Telecommunications Union (ITU), the global internet users grew by 10% during the COVID-19 pandemic. This is by far the largest year-on-year increase in the last decade. With this, 63% out of 7.8 billion people are now connected to the internet.

Internet usage growth trampled in Nepal by the price hikes

Unfortunately, while internet usage has grown over the years in Nepal as well, its cost remains a big issue. In a country like ours where the GDP per capita is just a little over a thousand USD, the government decided to levy an additional 13% Telecommunications Service Charge (TSC) on top of the 13% VAT and 4% royalty fees.

As a result, a 2021 report from the A4AI (Alliance 4 Affordable Internet) places Nepal in the 37th position (among 72 low and middle-income countries); which is not that great. Then there’s the dilemma of selecting the correct ISP for you.

It all began when CG Net debuted with 120Mbps internet plans for residential users. This compelled other ISPs to offer more competitive plans. Today, it’s normal for Nepali ISPs to promise bandwidth higher than 100Mbps, which was not the case a year ago. Classic Tech has even launched a 1Gbps internet plan.

That being said, it’s sad to see ISPs neglecting other crucial aspects like speed consistency, service level, support, and customer satisfaction in this War. Most of them are not even transparent about their FUP policy.

Disclaimer: The “perfect” ISP is a myth

But before you go on scratching your head questioning the absolute best ISP in Nepal, let me tell you one thing: there isn’t one. What I mean is that there isn’t one objectively correct answer to the question “which is the best ISP in Nepal?” It mostly boils down to where you’re located. An ISP may have excellent service & positive customer references in one area and that may not reciprocate to other regions.

So, be sure to consult your neighbors on their internet subscription (if possible) before making your decision. With that out of the way, let’s take a look at our list of some of the best Internet Service Providers (ISP) in Nepal.

One more thing (I know I’ve already dragged the intro but please bear with me here), we’re listing out internet plans from different ISPs for home/residential customers; and all the prices are exclusive of VAT. Also, though the internet plans of these ISPs may have the “unlimited” label suffixed to them, all of these have FUP restrictions. However, each company’s FUP policy is different.

According to the latest Management Information System (MIS) report by the Nepal Telecommunication Authority (NTA), Worldlink alone has 542,758 total users, which amounts to 30.27% of the total ISP subscribers in the country. This makes it the largest ISP and the third-largest telecommunications firm in Nepal.

It marked 25 years of service back in 2020. The journey began with the introduction of the e-mail service in 1995, and the company has accomplished a lot in these years.

Worldlink signed a $12 million contract with UK’s CDC Group in October 2019 to expand the company’s facilities and operation in rural parts of Nepal. Furthermore, in partnership with Facebook, Worldlink provides free Wi-Fi and “my Worldlink” Wi-Fi (exclusive to Worldlink users) in over 10,000 locations throughout Nepal.

Moreover, the organization intends to extend the operation to 30,000 locations. It currently offers network coverage in 73 districts, including the most remote areas of Karnali. 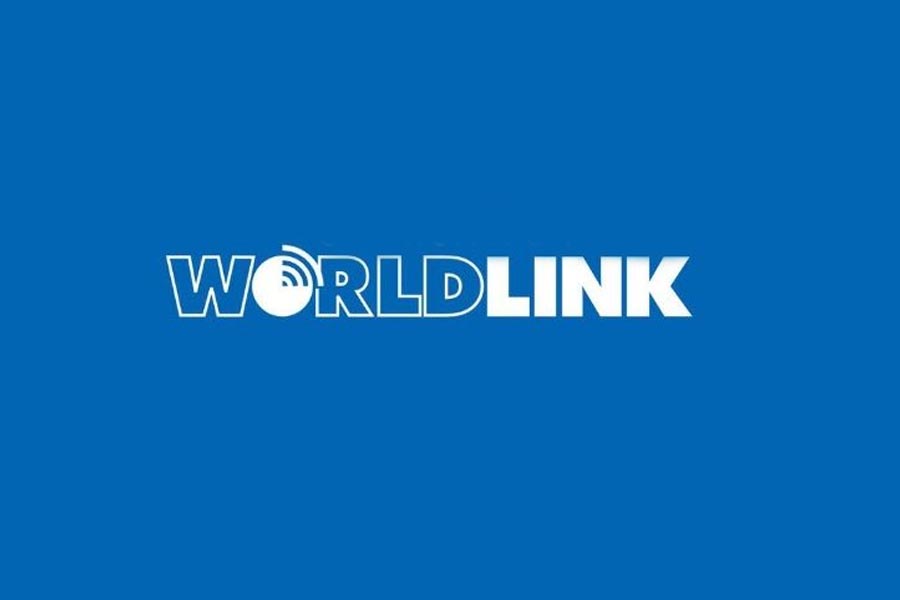 Apart from that, the “myWorldlink” app is useful for tracking internet usage, reporting problems, changing Wi-Fi passwords, and so on.

Other than this, every plan also comes with the following features:

There are also other additional charges for new customers which include:

You can even opt for a Mesh Wi-Fi system with options to add more Beacon routers in addition to the main router. Worldlink provides Nokia Beacon 1.1 and Beacon 3.0 router for Photon Lite and Photo plans, respectively. Below is the summary of the rental charges and deposits for each beacon router.

Subisu is another household name when it comes to digital TV & internet services in Nepal. It was established in 2001 and Subisu is the only cable operator in Nepal to be ISO 9001:2015 and 27001:2013 certified. That should speak volumes in itself and thus reflect on its popularity.

However, that was not the case a year ago. The company has since jumped and managed to be the second-largest ISP in Nepal. After Worldlink, Subisu has 208,817 fiber internet subscribers, pushing it to the second spot in the list of largest ISPs of Nepal. 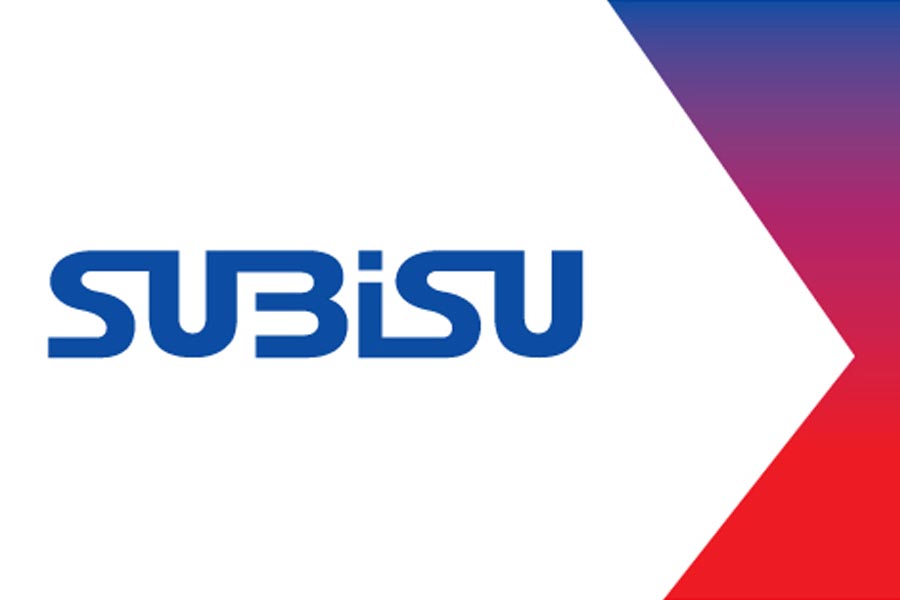 You can opt for fiber internet with or without Clear TV here. Yet, the bandwidth on the internet subscription without TV is less than that with TV.

In terms of technology, Subisu offers two: fiber, & wireless internet services. Here, fiber-based internet connection is the one through fiber-optic lines whereas wireless broadband is achieved based on radio frequencies (without cable). Among the two, fiber-optic is the optimal choice in most regards like connection quality, security, & total cost.

On the contrary, wireless internet can be a good option for those looking for quick installation & the ability to access hotspots; all at the sacrifice of signal strength & network security.

But if you want to subscribe to wireless internet from Subisu, you should know that the company only provides this service outside of Kathmandu valley. Similarly, with wireless internet, you can not opt for Clear TV installation.

Now let’s look at the total charge for first-time installation:

The last time we updated our list of best internet service providers (ISP) in Nepal, Classic Tech was in the fourth position. It has since taken over Vianet to grab the third position based on user volume. That being said, Classic Tech arrived late to the speed war, but with a bang. It launched Tachyon plans to counter Worldlink Photon plans with a maximum bandwidth of up to 1Gbps.

The company even provides Huawei Wi-Fi 6 router in collaboration with Huawei under the Platinum Tachyon plans.

Provided below are the one-time charges for first-time users:

The new Tachyon packages even support the Mesh Wi-Fi system. Following is the charge associated with each additional Mesh router in each package.

Vianet is now ranked fourth among the biggest ISPs in Nepal. Both Subisu and Classic Tech have beaten the company in terms of subscribers. Its FTTH service has a strong foothold, especially in Kathmandu valley with a lot of satisfied home & corporate users.

Therefore, you may have seen many polls on the internet declaring Vianet as one of the best internet service providers in Nepal. Yet, the company hasn’t managed to expand to other regions of the country as effectively as the competition.

Despite its tag as one of the largest ISPs in Nepal, Vianet hasn’t been able to expand its business in several districts of Nepal. The company is currently operational in 22 districts, the remotest to be in Darchula, Khalanga. There are also other additional charges for new customers which include:

Then, we have dear old Nepal Telecom’s own FTTH internet. Though people throw major shade at its notoriously slow ADSL-based internet services, believe it or not, there have been quite some positive responses to this.

Despite being the biggest broadband service provider in the country, Nepal Telecom has just 145,655 users subscribed to its Fiber-to-the-Home (FTTH) internet plan, taking into account the 60,000 new connections in the first 10 months of lockdown.

NT FTTH is now available in 33 districts, with speeds ranging from 25Mbps to 80Mbps under different plans and packages. To lure more users, these internet plans come bundled with NTTV (limited to Kathmandu and Banepa) and telephone service. 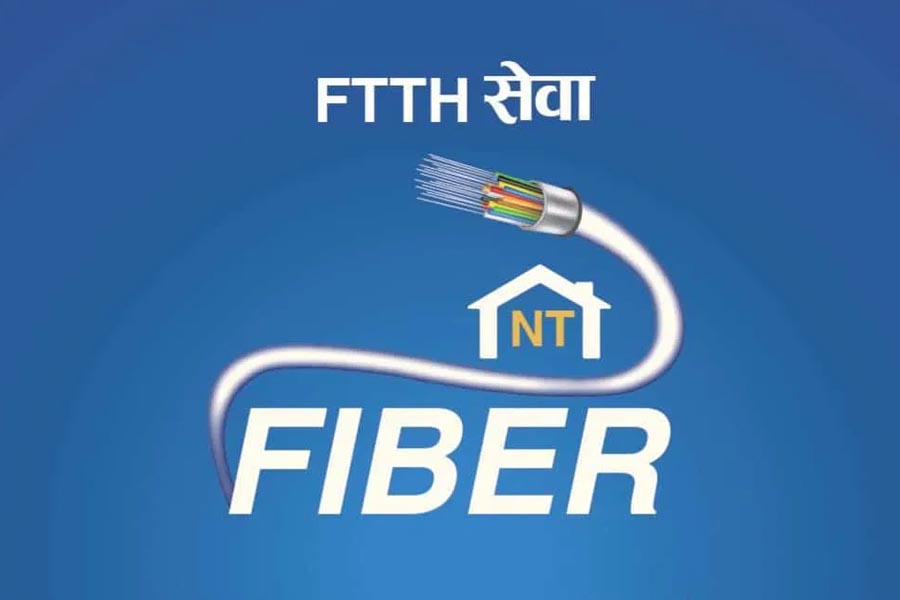 Despite looking like a viable alternative, its registration process is tediously old-school which is as follows:

Yeah… really not appealing to the younger generation of viable customers. Hence, it definitely won’t be in most people’s pick for one of the best internet service providers in Nepal. It also has a really limiting FUP policy which may not be suitable for many people out there.

As a result, Nepal Telecom’s FTTH is only suitable for those who use the internet on a need-to basis; someone who doesn’t require excessive bandwidth.

Now, let’s look at the additional tariffs of Nepal Telecom on the first-time installation:

Like CG Net, DishHome is a relatively new name in Nepal’s ISP industry. The company launched its Fibernet plans last year from Kathmandu and is currently in the stage of expansion. DishHome Fibernet benefits from the existing distribution network of DishHome.

Unlike any other ISPs in this list of best internet service providers in Nepal, DishHome Fibernet provides users to choose between IPTV and DTH TV. The latter uses satellite signals, thus, saving your valuable bandwidth.

Here are the additional charges for new users:

As we all know, the ISP market in Nepal was growing stale for the last few years. That’s why when CG Net debuted with its 120Mbps home plans, it felt like a breath of fresh air. Back then, other ISPs were hardly giving bandwidth higher than 80Mbps.

Thus, CG Communications can also be credited with the recent bandwidth war between Nepali ISPs. However, being a new player in the market, it has been struggling with coverage expansion and customer service. Also, CG Net does not have any IPTV facility yet. However, the company is working on its own OTT and IPTV platform, which will be powered by Airtel IQ Video. The additional charges levied on first-time installations are as follows:

Like we mentioned in the beginning, there’s no one right answer when it comes to answering the question “which is the best ISP in Nepal?” So, this listing is entirely based on each company’s subscriber volume instead.

So that was it for our list of the best internet service providers (ISP) in Nepal. To re-iterate—once again—there isn’t a single best option among them, and your location is definitely a major factor defining their performance. But obviously, ISPs like Worldlink & Vianet offer a wider range of services with their internet subscription.

And that may be of great significance to userbase like families & such. Therefore, it is necessary to determine your usage volume, conduct proper research about the particular ISP’s reputation in your community before going for it.