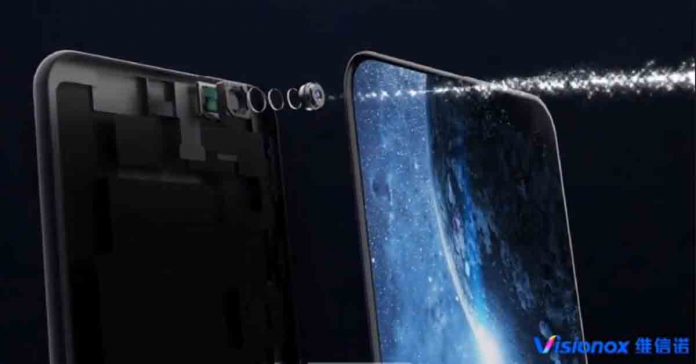 Back in the day, we used to have smartphones with thick bezels around the screen. By today’s standard, they looked ugly. Manufacturers came up with different methods to fix that. Today almost all smartphones have either a punch-hole or a notch for better screen ratio. Some even go further with a waterfall display and motorized selfie camera. Soon we might see smartphones with under-display cameras. Visionox, a leading display manufacturer, has announced that its under-screen camera display is now ready for mass production.

Once smartphone brands figured out a way to move the fingerprint sensor under the screen, they wanted to do the same with the front camera for the sake of an all-screen display.

However, it isn’t as easy as it may sound. That is why we are yet to see the tech incorporated in a commercial smartphone. Oppo was the first brand to showcase a working prototype of the under-screen camera phone, back at MWC 2019. With a transparent screen, brands have to take into account the phenomenon of light diffraction that can affect both the picture quality and viewing experience. The surface of the screen just above the camera has been modified in the pixel level to allow the camera to shoot pictures from below the screen. Visionox is calling the screen in this area as “Secondary Screen”. The company has utilized industry-first drive circuit technology to get rid of any interferences that can affect the performance of the camera.

On top of that, Visionox has adopted algorithms to fix issues relating to brightness, viewing angle, and glares that arise with a transparent screen. However, we could still notice the difference between the quality of the primary and the secondary screen.

Visionox Under-Display Camera: When will it debut?

Visionox is claiming that its under-display camera technology is ready for mass production. We will have to wait to see if manufacturers want to include it in their upcoming launch.