When it comes to buying a phone, if you can’t afford a flagship, budget phones are the ones you should be buying. There are many different perks of buying a budget phone. First is their affordable pricing. The second is buying another budget phone happens to be cheaper than repairing broken screen of many flagship phones. Plus, when you’re upgrading to the next phone, your investment on the last phone doesn’t feel like a loss. Hence, buying a budget device is always a good deal. But while buying a budget device a lot has to be considered. This is the price segment in which you’ll be getting countless options. We explored through those options and Xiaomi Redmi 4A looked like the best buy on paper. But can it be the best buy in real life use? Let’s find out from this review.

Xiaomi Redmi 4A is a plastic build phone which can safely be said to be a “metal phone wannabe” with its metal-like color and textures. Despite being made out of plastic, the phone is pretty premium to look at and hold. On the bright side, the Redmi 4A is definitely one of the light phones that I’ve held. The power and volume buttons that can be found on the right edge are well placed and give a nice tactile feedback. I think it’ll be a safe bet to say it is one of the well-built budget devices that you can currently find in the market.

Xiaomi Redmi 4A comes with a 5-inch IPS LCD display with the resolution of 720 * 1280 pixels. The display has a good color reproduction and decent viewing angles. The display color temperature is tunable. Personally, I think putting the white balance on the cooler side made this display look much better than with regular white balance. 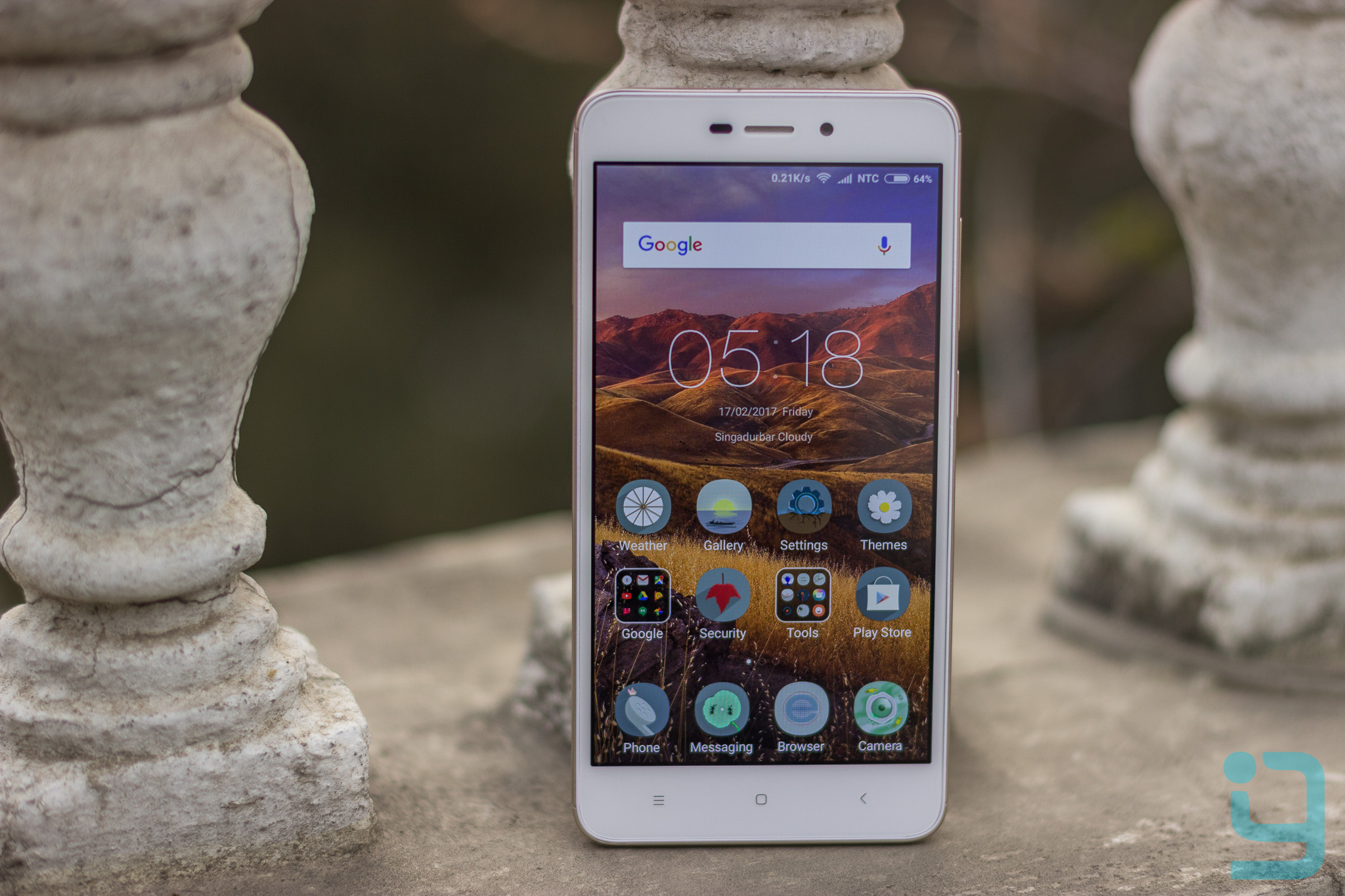 There’s an option for turning the reading mode on that filters the blue color coming from the display and hence soothes the eyes in late night usage. The only downsides are its average brightness and those noticeable bezels around it. But Considering its price, we can simply pass on that. 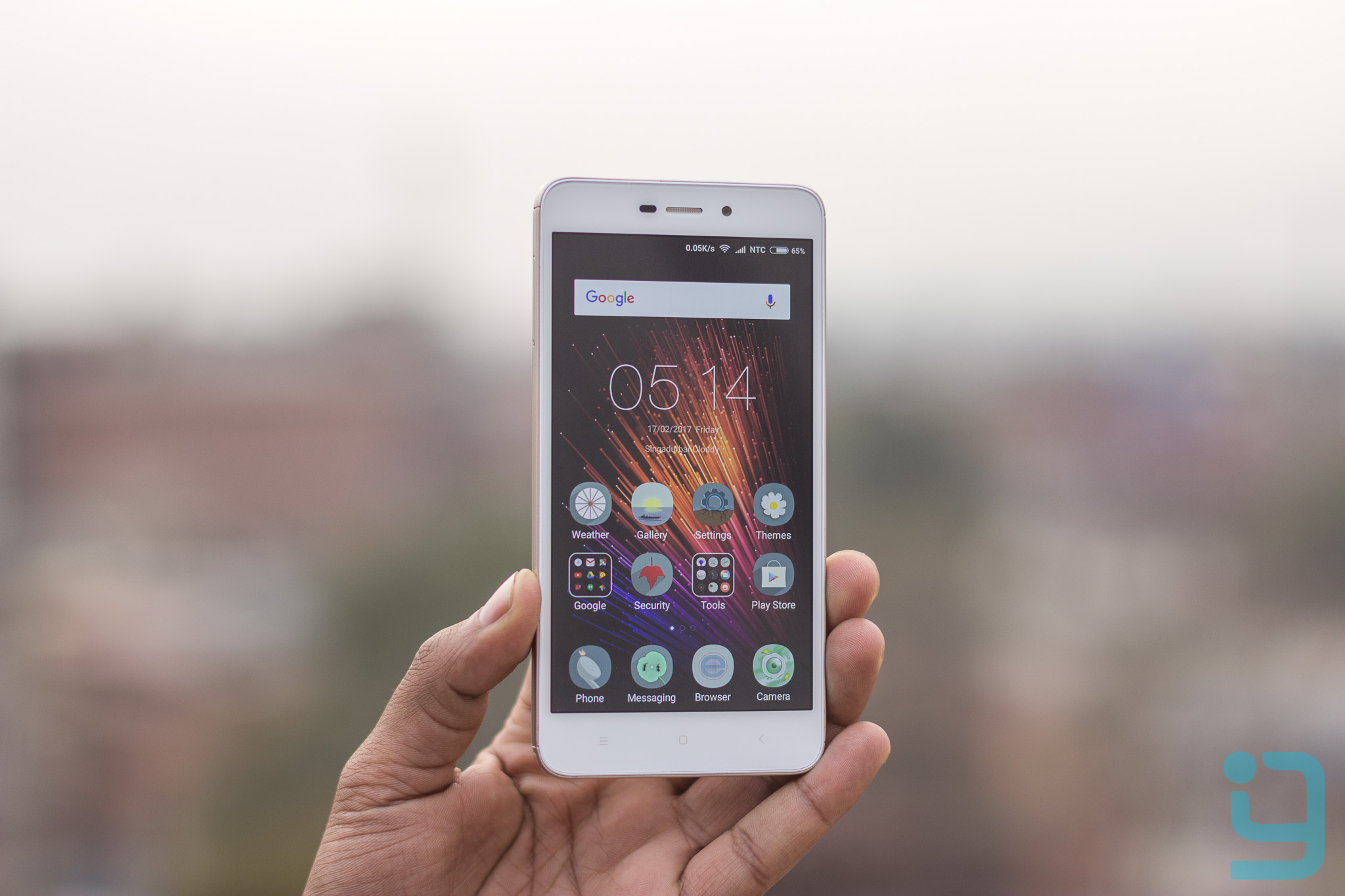 Under the hood, the phone is powered by Qualcomm Snapdragon 425 which is a 64-bit quad-core CPU and is clocked at 1.4 GHz. This CPU is coupled with 2GB of RAM and is backed by Adreno 308. If you find its inbuilt memory offering of 16 GB to be not enough, then you may expand it up to 256 GB. 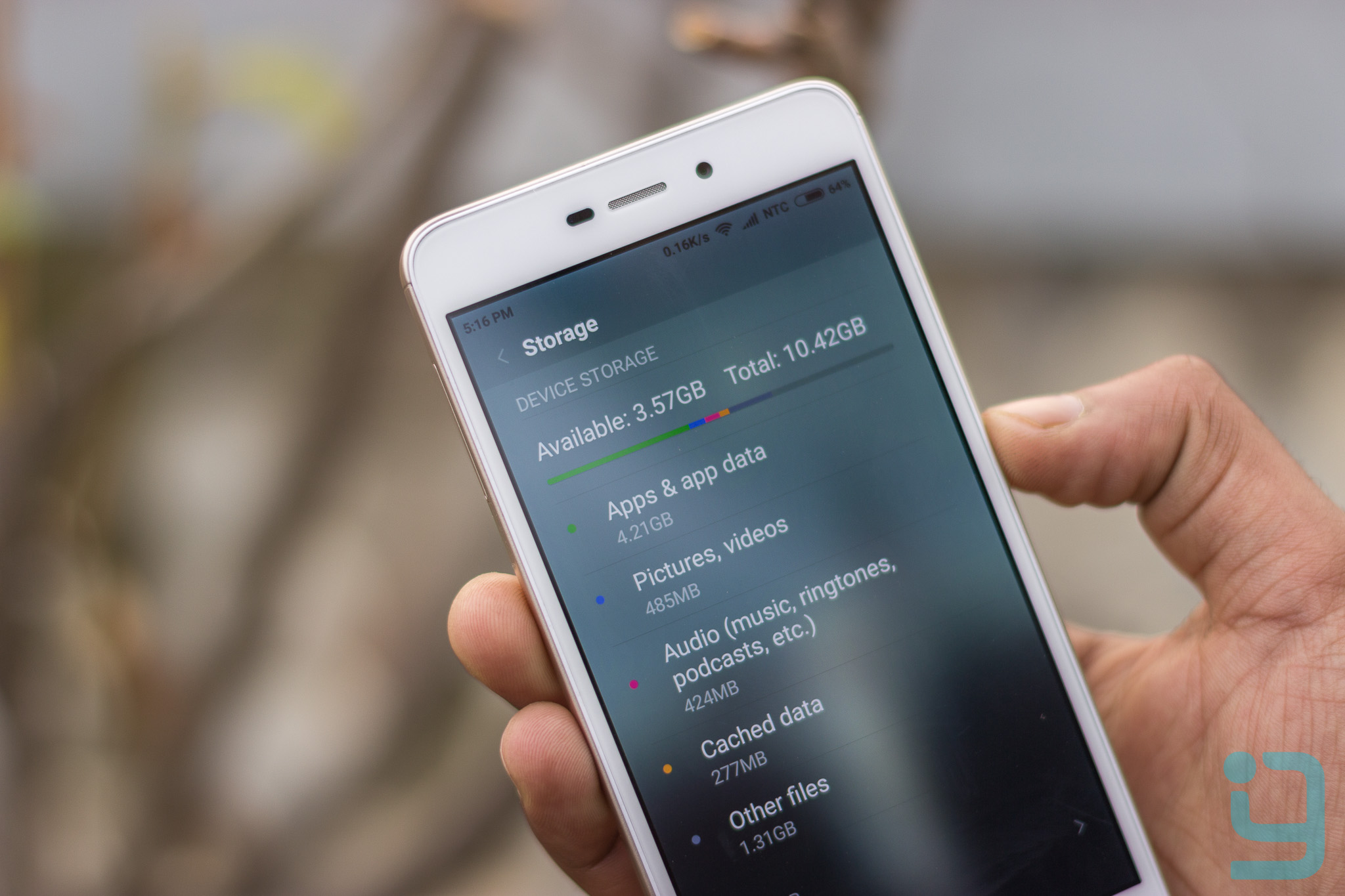 While using this device running on Android 6.0 Marshmallow with MIUI 8, I didn’t notice any lags scrolling through the home screen. The loading time of most used apps like Facebook, Messenger, Instagram and others were fast enough. However, while switching between the apps that were opened a while ago, a little of a delay was noticed while reloading them. As long as you don’t opt for any graphics-intensive games, you can have a decent gaming experience in this phone.

The primary shooter of 13 megapixels is satisfyingly good. The macro shots come out decent but sometimes the focus isn’t that sharp. The color reproduction is near perfect and the swiping on screen for exposure management is one of the features that I found really handy. The shooting speed is also faster than much devices in this price range. 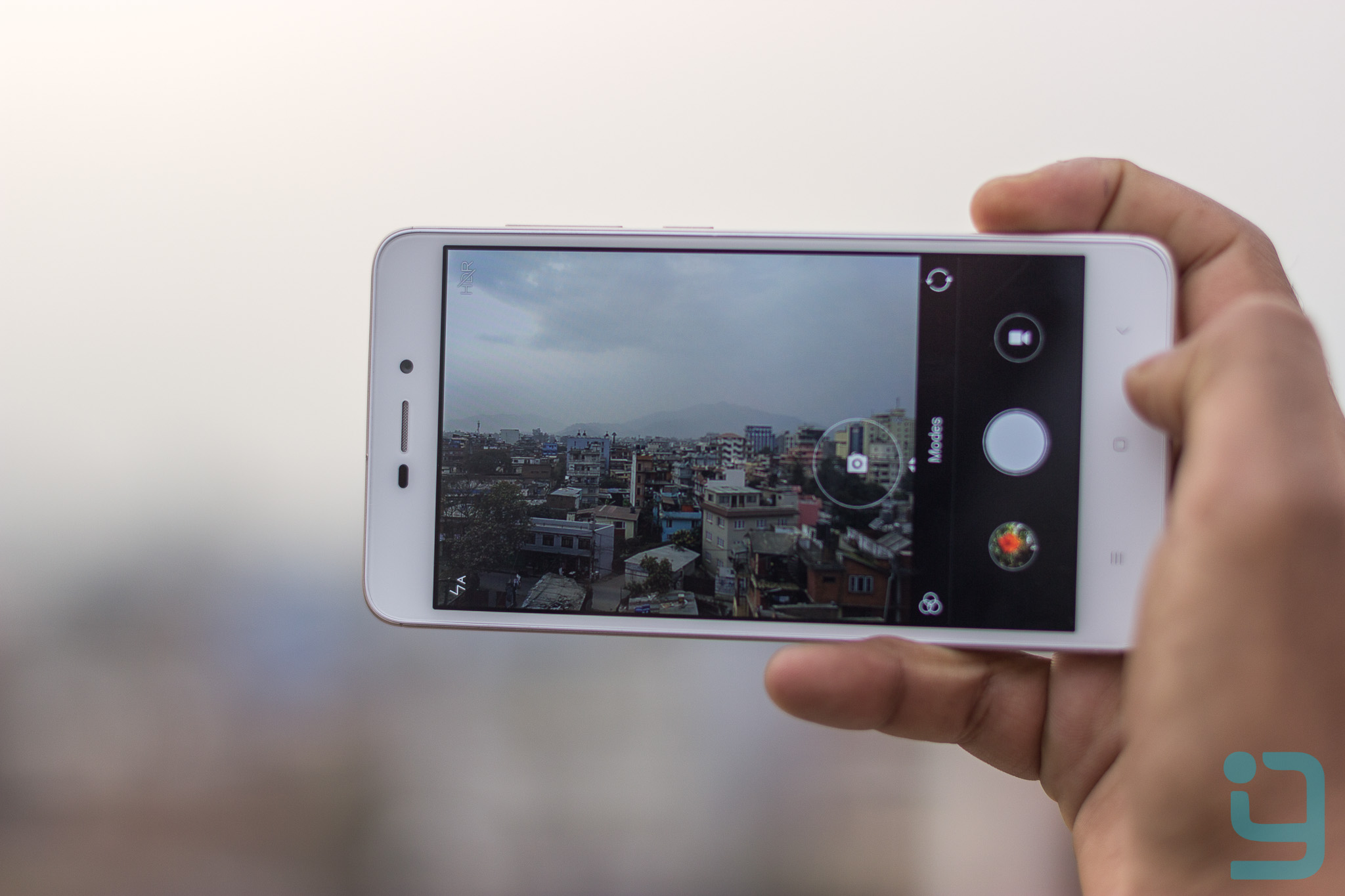 But the 5-megapixelcamera unit on the front is just okay and is nothing to write home about. Coming to the videos, its primary shooter is capable of shooting 1080p videos at 30fps. Color reproduction on videos usually happens to be out of scale and the auto-exposure works much slower than expected. Hence, the videography from this phone can be considered as a let-down. Check out all the sample photos here in this link.

This budget friendly device from Xiaomi houses a 3120mAh battery inside. It is huge enough to light up a 5 inch HD screen for quite some time. During the time of my review period, I got mixed results from 3 to 5 hours of screen on time depending on heavy and normal usage. But charging the device from 0 to 100% is going to take 2.5hours of your time at the fastest with its regular charger. 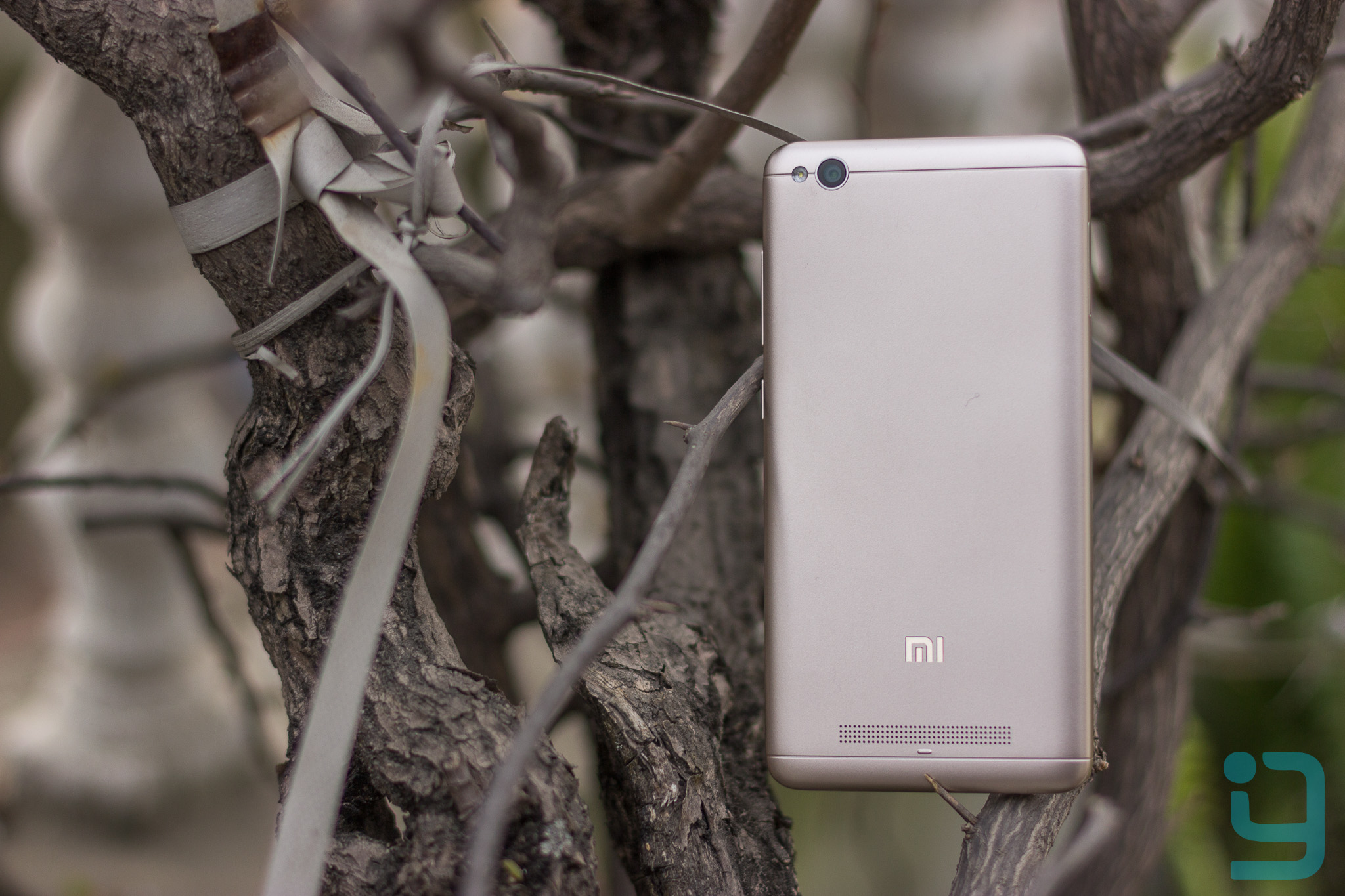 This dual SIM phone packs in every essential sensor we look forward to having in a phone. To list them out, it has WiFi 802.11 b/g/n, Bluetooth 4.1, A-GPS along with Accelerometer, gyro, proximity, and compass sensors. I put this device in the test with the 4G network introduced by NTC and the experience was pretty decent. The sound production from the earpiece was good enough with no distortions and there wasn’t any call drop throughout my usage. Plus person on the other side could tell that the phone has active noise cancellation built in. Coming to its additional offerings, it has an IR blaster and plays FM radio without asking you to plug in the earphone. That is a most welcome feature in a smartphone.

This light phone with a pretty loud speaker at the back that offers great one hand usability is certainly the best buy for those who prefer better displays over bigger ones. Yes, you can get a few 5.5-inch screen phones with a fingerprint sensor for the same price but when put on real life test, I’m pretty sure this phone will easily surpass them all. That said, I’ve some disappointments with this phone as well, the biggest one being its battery life not being astoundingly good as I expected it to be. And the second disappointment is its average brightness which made me use my phone the least in direct sunlight. Plus, I believe it won’t be out of place to mention, it has a very weak vibration. And Yes, I happened to miss a few calls every now and then.

Hence I’d like to end this video saying this phone is definitely not perfect, but for the price, it’s pretty close.