Home Xiaomi A glimpse of the Xiaomi Redmi 7 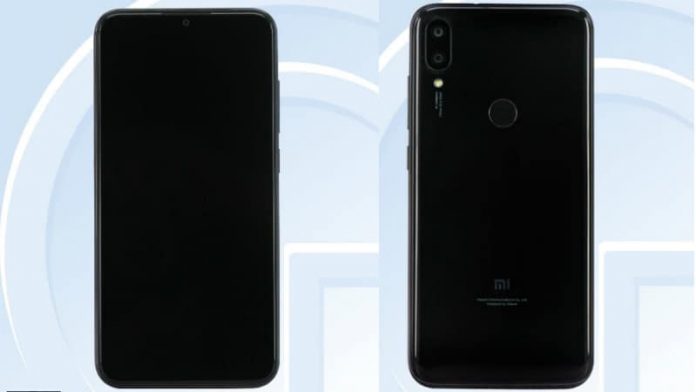 Xiaomi’s budget phone series, Redmi is a well received phone all over. However, they’re not really known for following the latest design trends. As Xiaomi Mi 8 was the first phone to follow the notch trend, and other phones followed suit. But they were yet in the notch trend while other phones were already moving on. That might very well change with the Xiaomi Redmi 7.

An early glimpse of the Redmi 7 that surfaced on TENAA shows us some images of how the Redmi 7 is going to look. The phone model is actually named Xiaomi M1901F9T. But looking at past records, the model name well-received represents a Redmi device. And after the Redmi 6, it’s only natural we get a Redmi 7.

The photos show that the phone has a rear mounted fingerprint sensor with all buttons on the right side, and slots at the left. There’s also a dual camera setup at the back and a single selfie camera at the front. The design also implies a water-drop / tear-drop / dew-drop notch design on the display.

The listing on TENAA also shows that the phone will have a 5.84″ display and only a 2900 mAh battery. Besides that, nothing is certain with the phone. I, for one, just want to see a good upgrade on it from the Redmi 6.