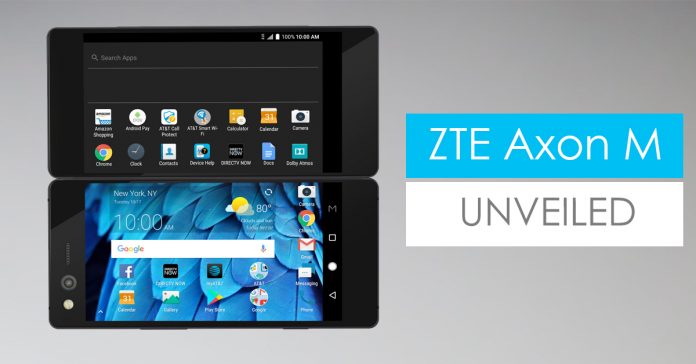 Innovation in smartphone space is moving at an alarming rate. Manufacturers are trying to incorporate the most unusual feature that might get mainstream. ZTE recently unveiled the latest phone in its arsenal, the ZTE Axon M. This is an unusual phone with a dual screen both on front and back, that might intrigue you with the way it looks and functions. So let’s discuss how much practical the phone really is.

ZTE Axon M comes with two screens both with almost similar dimensions. Both displays are of 5.2 inches boasting full HD resolution. Here’s nothing fancy like bezel-less display or the new 18:9 aspect ratio. The phone is powered by last year’s Snapdragon 821 Chipset coupled with 4GB of RAM. ZTE explains, because of the powerful processor and Android optimization they have been able to opt for dual displays. 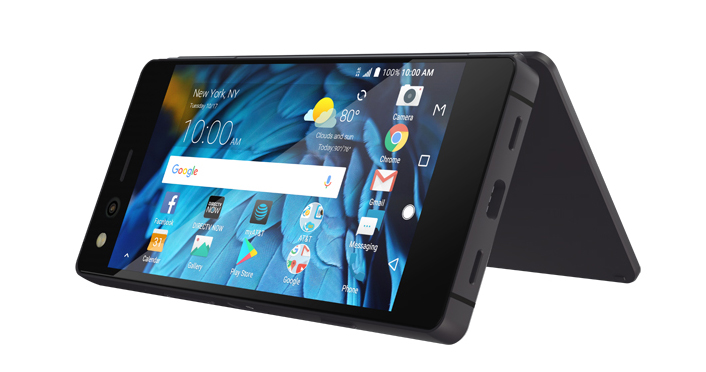 The purpose of the dual display is purely usability. The display on the back can be brought up front by unfolding the hinge. When both the displays are up front it takes the form of 6.75 inches display, making it look almost like a tablet. ZTE provides four major options to make use of the Dual Display. 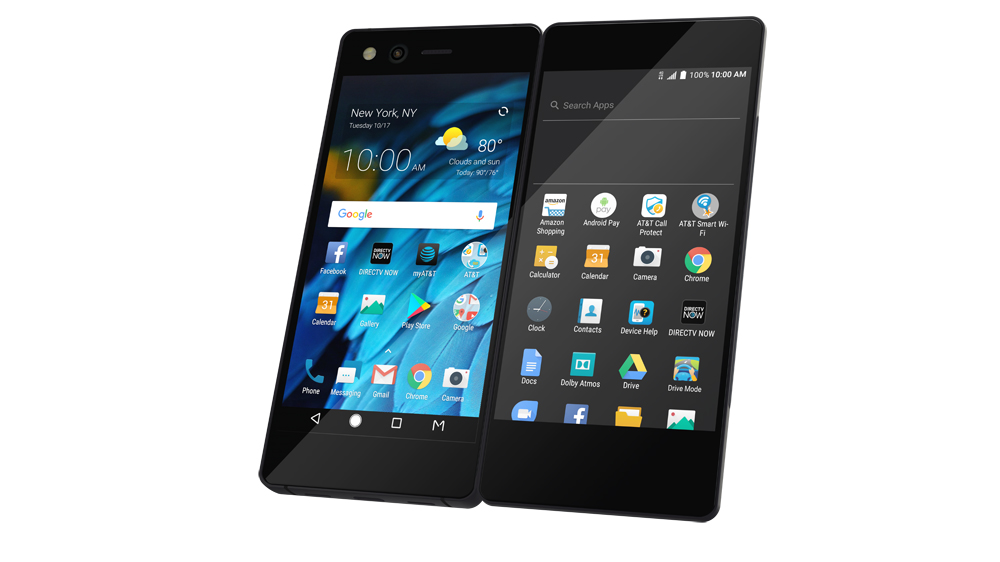 Dual Mode is something I’d like to call “true multitasking”.  You can use two different apps side by side in full view to use it without any hassles. It is even possible to play two different videos on individual screen at the same time but the audio will work only on one. You can also run two instances of the same app using gestures to push from one screen to the next. I wonder if we can split screen apps on both of the displays to use four apps at the same time.

Extended Mode is something I’m really skeptical about. You can extend the screen to both of the display to get more screen real estate but the huge hinge in the middle looks just too disturbing for everyday use. It feels like your tablet has a giant line in the middle like when you damage your display.

Mirror Mode might be useful when you have to explain something to people sitting up front or just watch a video more conveniently on either side.

In Normal Mode, although both the displays incorporate Gorilla Glass 5, you have to be careful when you place the phone down as the second display will be facing towards the ground. It is very susceptible to scratches and damage. One thing that’s bothering about the phone is that it is insanely thick at 12.1mm and weighs 230grams. Also carrying it in real life must feel really uncomfortable. The body holding the primary display is significantly thicker and heavy with all the ports and buttons. The phone comes with a single camera placed on top of the primary display. By default when you turn on the camera it will be facing towards you, to use it as a rear camera you have to flip the display to use the secondary display as camera’s viewfinder. In general, you have to keep track of which display you’re on which is again not convenient if you’re facing the phone on the wrong side.

Powering the ZTE Axon M is a 3,180 mAh battery which is a questionable size for a phone with the dual display but ZTE promises a full day of usage. It comes with fast charging 3.0 standard. The phone runs on Android 7.1.2 Nougat. ZTE Axon M, in general, feels like a one step backward in usability rather than a foot forward. This device will be available in the US from next month priced at $725.