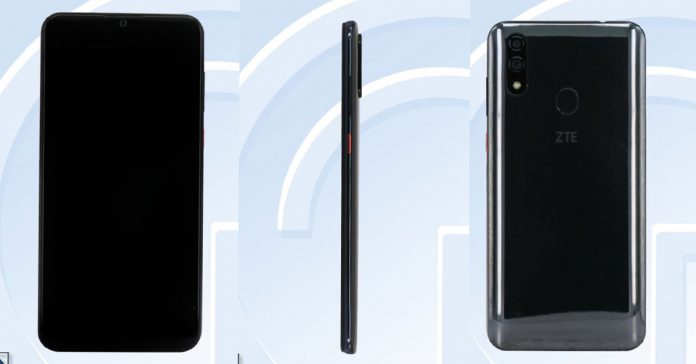 Last year, we saw the ZTE Blade V9 and V9 Vita in MWC 2018 with average specs and until date, we had no news as of when the next iteration of the device will surface. But, the news is, TENAA, China’s regulatory site has passed a report confirming a new device, whose model name is ZTEV1000 (which is believed to be ZTE Blade V10) will be shown in the MWC this year and most probably will hit the market after that.

The report suggests that the device, which is most likely to be a successor to last year’s Blade V9 will sport a 6.3- inch IPS LCD display that has Full HD+ resolution that counts to 2280x 1080 pixels. The device at the front will also spot a water drop notch. The back is made of glass as the reports say. The phone will most likely be powered by the Helio P70 processor, which is an octa-core processor. Also, rumors are that the Blade V10 will have two memory variants, a 4GB RAM variant that with 64 GB internal storage and a 6 GB variant with 128 GB expandable memory. Both the variants will feature a microSD card slot for people who want more storage.

As for the software, the ZTE Blade V10 will most likely come with Android 9 Pie. Onto the cameras, there are dual cameras at the back with a 16MP+5MP setup. The front of the phone will have an 8MP snapper!

Apart from that, the device is said to come with 3,100mAh battery. As far as other specs go, there is a fingerprint sensor at the rear portion. The images that are leaked show the phone in Black color.