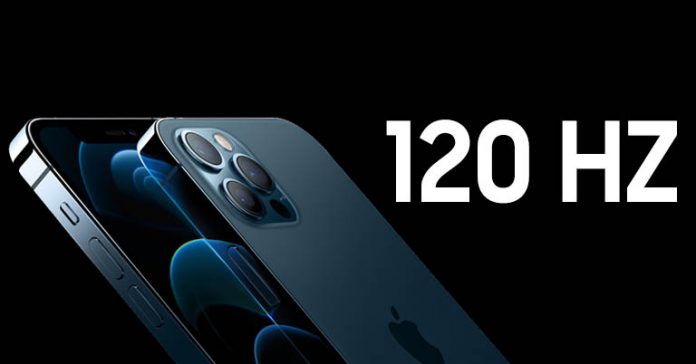 120Hz refresh rate has been a standard for Android flagship for quite some time now. And now, Apple’s upcoming iPhones will be following suit as well. A higher refresh rate screen on iPhones was rumored last year but was dropped late during the development phase due to optimization issues. 120Hz ProMotion on the iPhone 13 series is almost certain and a recent report from The Elec has shed light on how it will be implemented.

According to the report, only the iPhone 13 Pro and the Pro Max will have the 120Hz ProMotion technology. The two smartphones will feature LTPO AMOLED panels for higher refresh rate support.

The LTPO panel will allow them to dynamically switch between different refresh rates based on the content being displayed. This technology makes better use of power improves the battery life. It has already been adopted by brands like Samsung and OnePlus for their flagships. It will be Samsung Display that will be supplying the LTPO panels for the iPhone 13 Pro and Pro Max.

In addition, Samsung Electro-Mechanics and Bhflex will supply the Rigid Flexible Printed Circuit Board (RFPCB in short) for the two devices. PCBs connect electrical components in an electric circuit. In this case, RFPCB will connect the 120Hz ProMotion display panel to the main circuit of iPhone 13 Pro and Pro Max.

RFPCB is a hybrid between Rigid and Flexible PCB and offers better shock-resistance and can be used in high-density applications. They are also expensive than the traditional PCB and thus will only be used in the two Pro models. Other models in the series will have Flexible PCBs.

The interesting bit here is that Samsung Electro-Mechanics is considering an exit from the business because of insufficient profit. So another PCB maker Yongpoong has joined the supply chain.

According to global research firm Omdia, Samsung Display will be supplying around 110 million AMOLED panels for iPhones this year (iPhone 12 & 13 lineup). The second biggest supplier is LG Display which will supply around 50 million panels. BOE is a Chinese manufacturer that supplies panels for cheaper iPhones. It will be supplying around 9 million panels this year. Also, the iPhone 13 series is likely to enter production in July of this year.