Apple unloaded a bunch of new products on yesterday’s “Spring Loaded” event. As expected, the 5th generation of iPad Pro saw its debut as well. And boy does it pack a punch. Let’s discover more about the Apple iPad Pro 2021 including all its features, specs, and expected price in Nepal.

M1 Chip on an iPad

Apple ditched Intel’s x86 architecture in favor of the in-house M1 chip based on Arm in its latest MacBooks. This allowed Apple to deliver a greater level of performance while also staying in charge of the niftiest optimizations possible. Now, the same M1 chip has made its way to the latest iPad Pros. According to Apple, this 8 core CPU/8 core GPU chip offers a 50% speed boost over last year’s iPad Pros with A12Z Bionic chipset. 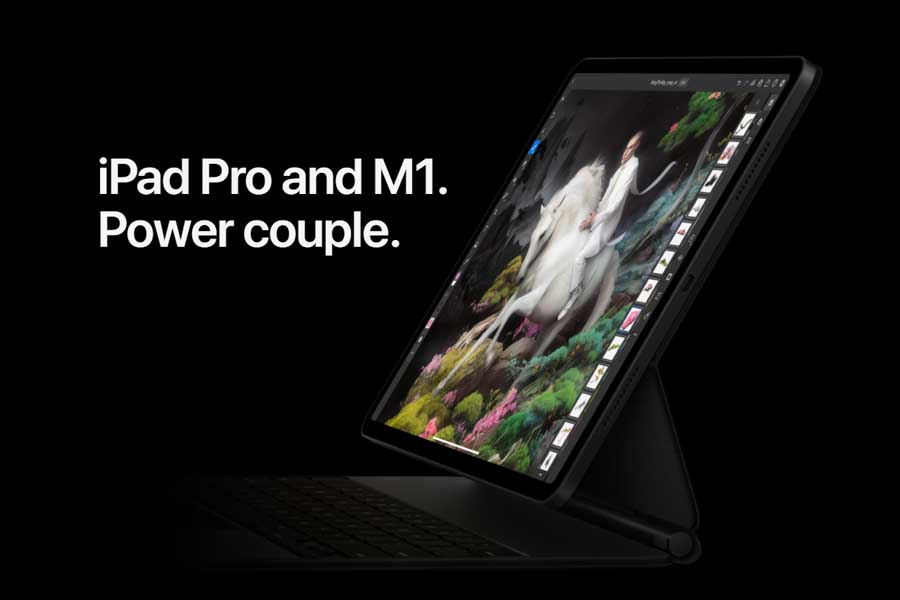 Moreover, the 5th generation of iPad Pro also introduces the 5th generation of cellular connectivity—5G. Quite the coincidence. While it supports both sub-6GHz and mmWave spectrum of 5G, Apple says the faster mmWave 5G will only be available in the US. iPad Pro 2021 comes in either 128GB, 256GB, 512GB, or 1TB of storage, while a 2TB has also made its debut. Similarly, you can configure your iPad Pro with either 8 or 16GB RAM, while the 1/2TB storage options will only be available with the latter.

Another exciting premiere in this iteration of iPad Pro is the Mini-LED display. Compared to the standard LED-backlit screens, this allows for a brighter screen and better contrast. With over 2500 local dimming zones spread across 10,000+ mini-LEDs, the 5th gen iPad Pro can achieve up to a 1,000,000:1 contrast ratio.

Besides, Apple has also borrowed the display properties from the Pro Display XDR that costs around $5,000. However, all the aforementioned upgrades are restricted to the 12.9″ variant under the name “Liquid Retina XDR” display whereas the smaller 11″ version enjoys a relatively less capable screen. Meaning, no mini-LED, no local dimming zones, and no XDR-like screen on the 11″ iPad Pro. 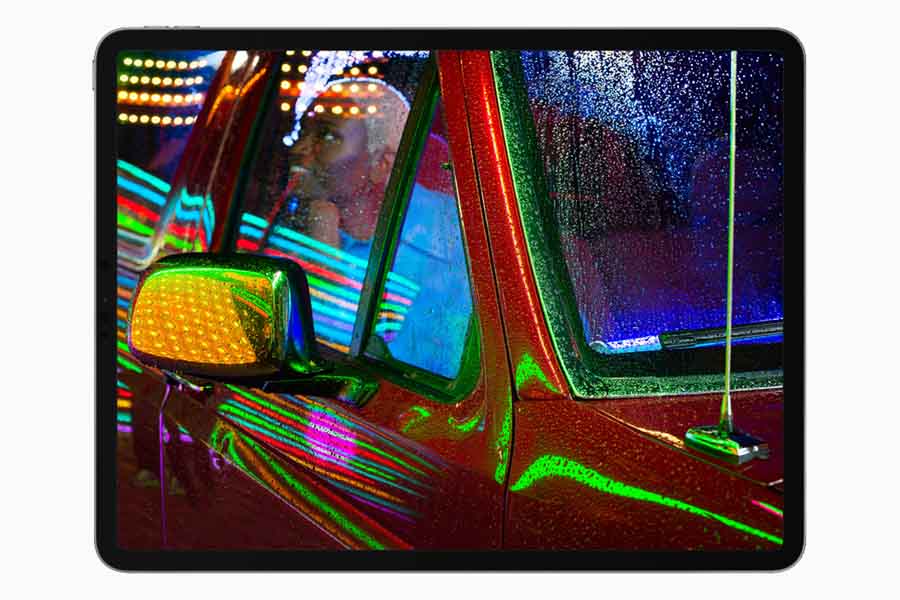 Despite this, both options equip Apple’s ProMotion technology with a 120Hz refresh rate, Wide color display (P3), anti-reflective coating, support for 2nd generation Apple Pencil, etc. Additionally, the 12.9″ iPad Pro has 1000 nits of max full-screen brightness and 1600 nits peak brightness under HDR mode whereas the 11″ version is limited to 600 nits of max brightness.

Another fun addition to this year’s iPad is the Thunderbolt and USB 4 standard. As a result, the USB-C port here can seamlessly connect to external displays, storage, and other accessories with up to 40 Gbps bandwidth.

There’s not much of an upgrade on the camera department on this year’s iPad Pros. A square module on the top left edge of the device hosts a 12MP f/1.8 wide sensor, a 10MP f/2.4 ultrawide lens with a 125° Field of View (FOV), a LiDAR scanner, and the True Tone flash. Upfront, you now get an upgraded 12MP f/2.4 TrueDepth ultrawide camera with a 122° FOV. For security, this sensor also facilitates Apple’s Face ID. 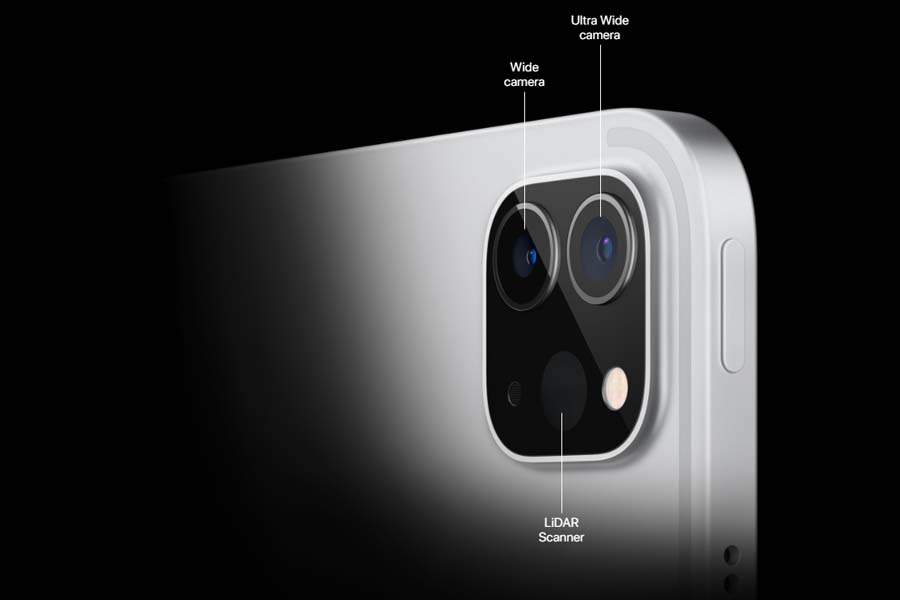 Here, the new “Center Stage” feature utilizes the ultrawide camera to keep the human subject in the center during video calls even when they’re moving. Similar to the “Auto Framing” feature on Samsung’s Galaxy Z Fold 2. Plus, M1’s ISP should result in a drastically better image and video quality. Moreover, thanks to the M1 chip, iPad Pro 2021 also supports the “Smart HDR 3” that debuted with the iPhone 12 series, which optimizes the shot on a frame-by-frame basis for best results.

This year’s iPad Pro comes with a quad-speaker setup as well, with support for Dolby Atmos audio. It has 5 “studio-quality” microphones too. Like its predecessor, it also supports Magic Keyboard for a greater degree of productivity. But unlike last year, it is now available in white color option as well. iPad Pro 2021 runs on iPadOS 14 out-of-the-box, with the new iPadOS 14.5 update scheduled for next week. This version will introduce support for Apple’s AirTag tracker among other features.