OnePlus unveiled its latest flagship smartphones back in March. The OnePlus 9 series is home to three devices (9R, 9, and the 9 Pro) of which the 9 Pro happens to be the most premium. And it’s now available in Nepal. So, let’s learn more about the OnePlus 9 Pro including its specs, features, and official price in Nepal.

Starting with the display, the OnePlus 9 Pro features a 6.7-inch AMOLED panel with a QHD+ resolution. It’s a curved screen with a left-aligned circular punch-hole cutout for the selfie camera. OnePlus claims that the curve has been optimized to reduce accidental touches while retaining the premium feel of the display.

As expected, the Fluid Display 2.0 has support for a 120Hz refresh rate and a 240Hz touch sampling rate. This time around, the company has opted for an LTPO panel for variable refresh rates. According to OnePlus, this display can dynamically adjust between 1Hz and 120Hz based on the contents on the screen. Dialing down the refresh rate to just 1Hz will allow the phone to save battery while it is on Always-On Display. The display also has support for native 10-bit color depth. Thus, it is capable of displaying over 1 billion colors like the recently announced Oppo Find X3/X3 Pro. It can automatically switch between 8,132 brightness levels. Not to forget that the display has been granted A+ certification by DisplayMate too, just like on OnePlus 8 Pro last year.

There have been changes done to the back of the phone. Instead of the elongated pill-shaped module, we now have a rectangular camera module with rounded corners. Compared to the vanilla model, this one has an additional sensor.

Powering the OnePlus 9 pro is the Snapdragon 888 chipset. It is the most advanced chipset that Qualcomm has to offer right now. It features a tri-cluster CPU design with a Cortex X1 “Prime Core” core clocked at 2.84GHz. Similarly, there are 3 Cortex A78 “performance cores” and four Cortex A55 “efficiency cores.” It is based on Samsung’s 5nm process and features an integrated 5G modem. 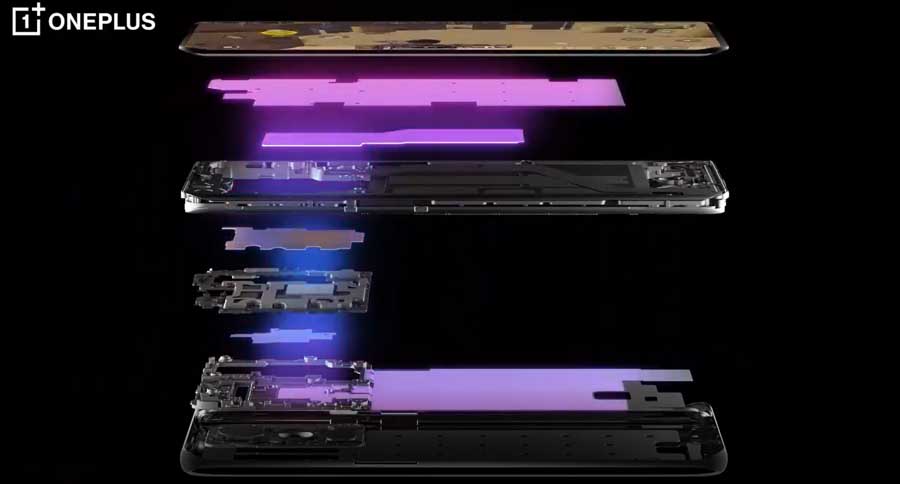 OnePlus is relying on its new “Cool Play” technology to keep the temperature of the device in check. According to the company, the five-layered cooling mechanism can keep the device up to a couple of degrees cooler than Samsung’s Galaxy S21 Ultra after 20 minutes of gameplay.

Games like the PUBG Mobile, COD Mobile, League of Legends: Wild Rift, and Brawl Stars are optimized to support the 360Hz touch sampling rate of the phone. OnePlus calls it the “Hyper Touch”.

Even before the launch, OnePlus’ decision to use Oppo’s ColorOS 11 for the Chinese market caused a lot of discussions. However, it will only affect the devices in China, which comes as a replacement to HydrogenOS. The global variant will still ship with the good-ol’ OxygenOS based on Android 11.

While OnePlus has been delivering in the performance aspect, its cameras were notorious for their sub-par quality. The company is looking to change that with the recently announced partnership with Hasselblad. The partnership will run for 3 years with OnePlus promising to invest around $150 million in the time frame.

Talking about the cameras, the OnePlus 9 Pro has four at the back and one on the front. The primary camera here is the 48MP Sony IMX789 sensor which OnePlus claims to be 64 times more colorful than its predecessor. Users will be able to record videos at 4K/120 fps and 8K/30 fps. It will also allow users to record in 12-bit RAW format. Other features of the main sensor include Digital Overlap HDR and full-pixel omnidirectional autofocus. 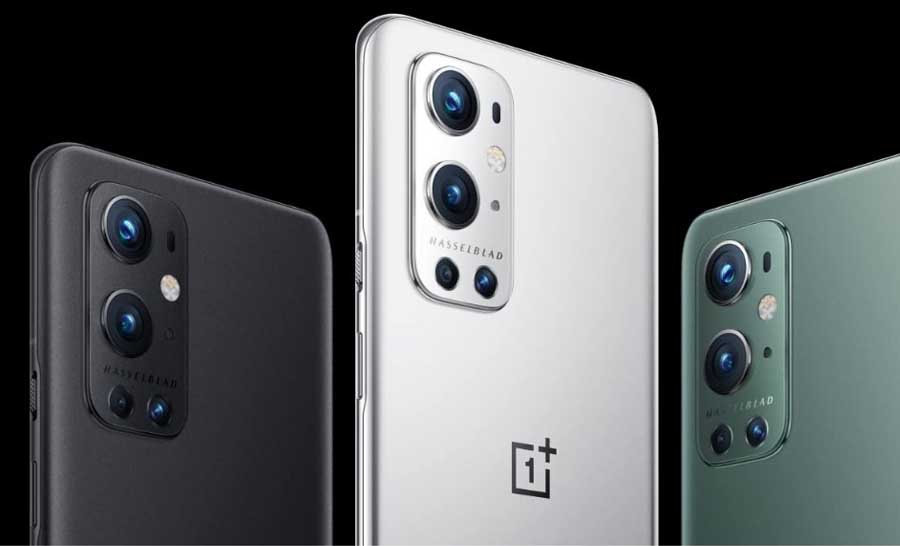 The ultrawide sensor, on the other hand, is much similar to that on the Find X3 Pro. Both use the 50MP Sony IMX766 sensor along with a freeform lens. The latter is said to reduce distortion that traditional smartphone lenses have a hard time dealing with. There is also a telephoto lens with 3.3x magnification. The fourth sensor is a 2MP monochrome sensor.

On the software side, the phone comes with technologies like Focus Peaking, Natural Color Calibration with Hasselblad, Hasselblad Pro Mode, and a brand new camera app UI. Also, users can play with different shooting modes like Tilt-shift, Nightscape Video 2.0, Hyperlapse, and so on.

Fueling the device is a 4,500mAh battery with support for 65W wired charging. It can fill the device from 0 to 100% in just 29 minutes. Also, the phone supports 50W wireless charging that can completely refill the device in just 43 minutes. You can even charge your device wirelessly in horizontal orientation. 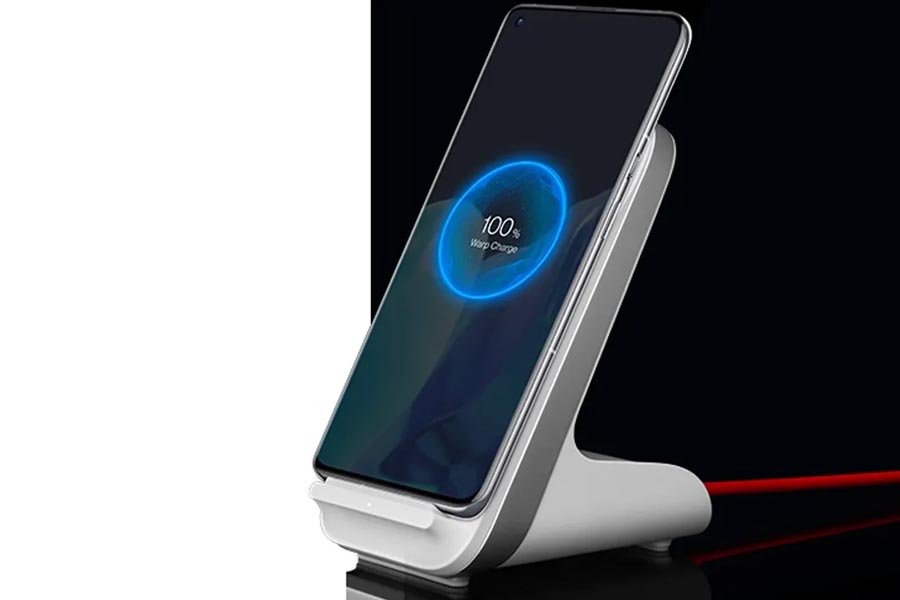 As of now, 50W wireless charging is available in a handful of devices like the Mi 10 Ultra, Mi 11, Huawei Mate 40 Pro, etc. Both Xiaomi and Oppo have demonstrated even faster wireless charging solutions but they are yet to be used on a commercial smartphone yet.

OnePlus 9 Pro is now available in Nepal where its price is NPR 119,990 for the 8/256GB and NPR 129,990 for the 12/256GB variant. You will also get one year of breakage insurance on the phone when buying it from official sources like Sherisha Mobile Hub.