The wait is over. After a lot of rumors here and there, Asus ROG Phone II is here. Even before its official unveiling, the hype was heavy for this phone. Now that it’s finally here, let’s see how what this gaming beast has for offer. And what will be the expected price of Asus ROG Phone II in Nepal.

A 120Hz screen coupled with the huge array of accessories, the phone aims to bring the ultimate mobile gaming experience. This spec-heavy device uses an overclocked Snapdragon 855 Plus, has a 6.59″ AMOLED screen and a huge battery of 6,000mAh among others. 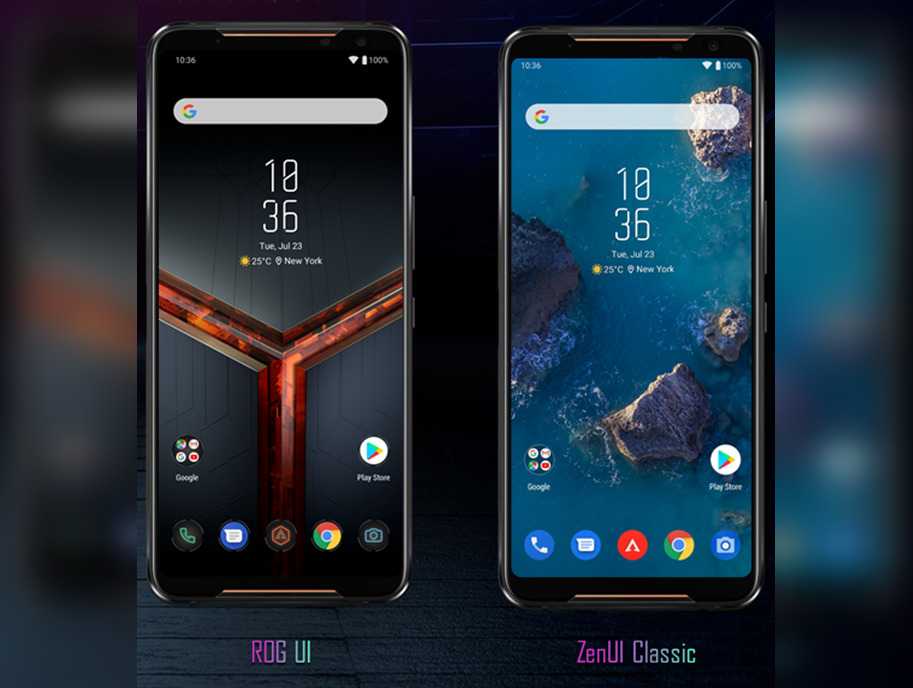 Even before the release, we knew Asus was going all in for this device. It first announced the 120Hz AMOLED screen in collaboration with Tencent, the first of its kind in gaming smartphones. Thereafter, it was also to be the first to use the Qualcomm Snapdragon 855 Plus chipset.

The powerful Snapdragon 855 Plus overclocks the Adreno 640 GPU to 675MHz. This results in a 15% boost in performance. In addition, the prime CPU is overclocked too. However, the gain is only 4%. The massive 6,000 mAh battery claims 7 hours non-stop action for games like PUBG. It charges using a standard 3A cable, although it also supports Quick Charge 4.0.

The phone is designed to suit both hardcore gamers and Android power users. Users can switch between a near-stock UI(similar to Zenforce 6) and the game focused ROG UI. Similarly, the dual nature of the phone can be seen in its design too. The width is just under 78mm so that it can be used one-handed. However, everything is optimized for landscape use too.

With a screen resolution of 1080 x 2340 pixels, Asus ROG Phone II exceeds the bounds of DCI-P3 color space. And with something called a deltaE <1, it boasts a perfect color accuracy.

It also features front-facing speakers with DTS: X ultra support. As compared to the first-gen ROG Phone, the speakers are 2x louder. There’s an update on the AirTriggers too. It’s stated that they are in line with what an actual feels like and can also detect new swiping gestures.

For directional haptic feedback during games, there are two vibration motors (one on each side). The AirTriggers too make the use of the motors in order to simulate the actual press and release of buttons. Similarly, there are four microphones. So, no matter how you hold the phone, your audio will not be compromised.

The use of vents that take care of the heat will ease your thermal throttling worries too. In addition to it, an AeroActive Cooler II is provided in the box. It keeps the exterior of the phone cooler and can also be used as a kickstand while using a wireless controller.

To top it all up, there’s a 48MP Quad Bayer for the main camera coupled with a 13MP sensor. In front, there’s a 24MP dedicated selfie camera.

With the specs that this device boasts, it would be ludicrous to label this as just a smartphone. It is quite literally a monster!

There is no official retailer of the device in Nepal. However, people will be able to purchase it in the grey market. The expected price of Asus ROG Phone II in Nepal with 8GB/128GB configuration is around Rs. 65000. Similarly, the 12GB/512GB should cost around Rs. 80,000.