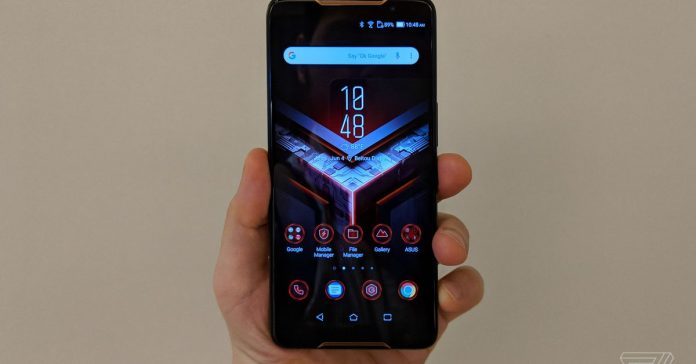 Asus is one of the household companies when it comes to gaming laptops. But when Asus announced its ROG series of phones in July 2018; it created quite a hype for the smartphone enthusiasts. However, the released phone created polarized opinions among the users regarding its ergonomics.

Fast forward to 2019, when OnePlus announced the 90Hz screen in OnePlus 7 Pro. Asus hinted, 90 Hz screen in the 7 Pro won’t be the best in class for long. This left everyone questioning what Asus was going to do with its news smartphone. Adding to this, when Qualcomm announced the use of Snapdragon 855 Plus in ASUS ROG Phone 2; the smartphone world couldn’t hold back for long to know what the new ROG Phone would be all about. Now, the wait seems to be over. The preliminary spec sheet of the ASUS ROG Phone 2 has leaked, giving us some hints about the phone.

Upfront, we have a 6.59-inch 18:9 display which will probably offer a 120Hz refresh rate. And this is ASUS’s answer to the 90 Hz screen of the OnePlus 7 Pro. Also, the top and bottom bezels also appear slimmer housing a dual stereo setup. However, fingerprint reader seems to disappear from the back hinting this phone will opt for an under-display solution. Around the back, we have a dual-camera setup alongside a dual-LED flash.

With the official announcement right around the corner, we won’t have to wait long to know further details about the phone. Let’s hope it has listened to the gaming enthusiasts and improved in the ergonomics department as well.