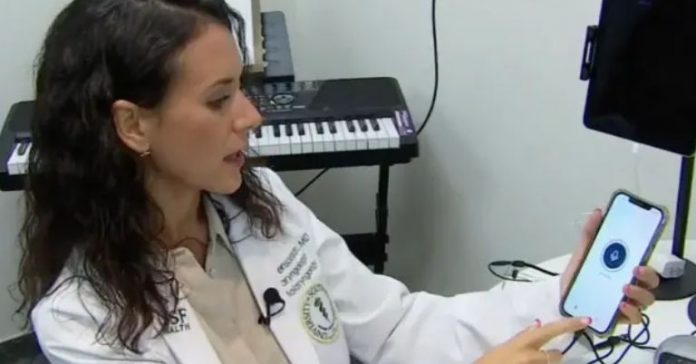 Scientists from twelve different research institutes are collaborating to develop an app that can detect chronic health conditions. The app will search for clues to the illness using the sound of the human voice and artificial intelligence. Continue reading to learn more about the cancer detection app.

Experts in the medical field are aware that conditions such as Parkinson’s and stroke affect speech, whereas lung disease affects breathing. In a similar way, a group of scientists from 12 different institutes hopes that by using a computer program and the sound of human voices, they will be able to diagnose a wide range of health conditions, including cancer and depression. The group of experts will work together to collect the voices of people suffering from various health conditions, focusing on five areas: neurological disorders, voice disorders, mood disorders, respiratory disorders, and pediatric disorders such as autism and speech delays.

The National Institute of Health (NIH) is funding the project with a whopping $130 million as part of its Bridge to Artificial Intelligence program, which aims to accelerate the widespread use of AI in the medical field.

Dr. Yael Bensoussan leads a team of 12 researchers from various institutions. And she believes that the ‘voice has the potential to be a biomarker for several health conditions.’

Over the course of four years, these experts hope to collect 30,000 voice samples. Along with it, the team will collect other data, such as clinical and genetic information. The accuracy of the detection algorithm is expected to increase as the number of voice samples in the app grows.

Entering your voice into the system will be as simple as recording it with your smartphone’s microphone. After recording the audio, the app would compare it to its database to see if there were any health conditions.

“Creating an effective framework that incorporates huge data sets using the best of today’s technology in a collaborative manner will revolutionize the way that voice is used as a tool for helping clinicians diagnose diseases and disorders,” Dr. Bensoussan told USF Health.

If the app achieves its goal, it will revolutionize the entire healthcare industry. More importantly, the app can help residents in rural areas where the health care system is lacking.

Nonetheless, this isn’t the first attempt at developing an app-based cancer detection system. Kijiji was developing an app that claimed the same thing, but it is no longer available. However, Dr. Bensoussan’s team has a significant advantage in that they rely on a large amount of data. Furthermore, the NIH is financially supporting the project, so resources should not be an issue in this case.