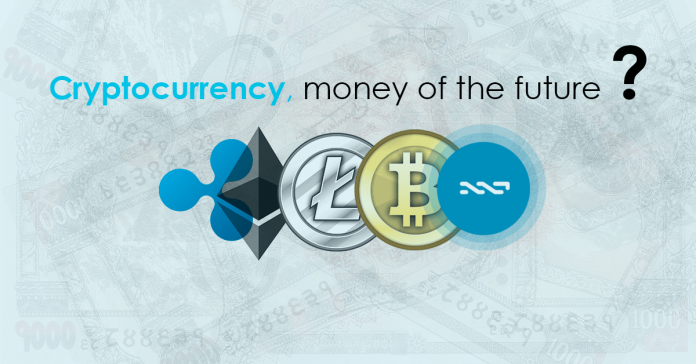 When people talk about cryptocurrencies, they usually refer to Bitcoins. Bitcoins are one of the many forms of electronic currency. There are Ethereum, Ripple, Litecoin, Monero and many other cryptocurrencies. Till date, there are about 700 Bitcoin-like currencies and they all hold different monetary values. So what exactly is a cryptocurrency? How can this reshape the future of our world economy?

Also Read: Getting Started with Bitcoins: How to get Bitcoins?

How did cryptocurrencies originate?

In late 2008, Satoshi Nakamoto, the unknown brain behind cryptocurrency, developed “A Peer-to-Peer Electronic Cash System” also known as Bitcoin. A peer-to-peer network is a hub of computers for sharing files, videos or any other information (just like bit-torrent). Bitcoin was the first and also the most important cryptocurrency.

In previous years, digital cash took rapid economic growth since its evolution in the late 2000s. People started to use electronic card systems that provided more security than carrying paper currency. Banks, shopping malls, money exchange, and many other sectors use digital cash such as credit and debit cards for their daily transactions. But still, digital cash have their inadequacy.

Digital cash needs a payment network with account, balances, and transaction. A central authority like banks, take control over these transactions. The problem with this type of payment network is that customers had free will to double-spend. This means that one can spend the same amount twice or conduct any type of fraud. Therefore, a central server keeps the record of the balances and prevents the entities from double-spending.

But, a decentralized network does not allow exchanges or any other form of double spending. Thus, the network minimizes the threats of losing money and even fraud. Cryptocurrency allows money to transfer faster and costs much cheaper compared to other conventional methods. A decentralized network deploys a blockchain technology and does not have a central server or financial institutions. Instead, every account holder has a job to keep their records such as the date and time of a transaction, the number of participants involved and the amount. The history of transaction of a single user is stored in a block. These blocks share the records of financial transactions of every user and are mounted on a chain of other blocks.

What is a blockchain?

A blockchain contains all the accounting data of economic transactions, property and the record of every single trade that have occurred among users. It is a universal digital book or an online ledger. Users can also check whether a future transaction is valid or not through the blockchain. Since a blockchain technology does not have an imprint or physical validation of the transaction, the Internet stores this information. The information inside the block chain database is truly public and shared all over the internet. They exist as a shared and continually updated string of data, and these data are consistent with one another. Only the parties involving in the transactions can access and view the details. Consequently, duplicating or counterfeiting these data are impossible for some hackers.

A global network of computers that use blockchain technology manages the directory for each Bitcoin transaction and operates on a peer-to-peer basis, also known as a node. A node is a network of computers that create a blockchain. These networks use clients that perform the task of validation and record the transfer of coins from user-to-user. These nodes circulate the documentations throughout the Internet. Every computer in a node is an administrator of a blockchain that can join the network freely. Each of these administrators has a chance of winning Bitcoins.

What exactly is a cryptocurrency?

A form of digital money that use codes is a cryptocurrency. A universal ledger called a blockchain store the details of each transaction of these electronic coins. To hold access to the database, a user must realize some specific conditions called a private and a public key. Your bank account, money, and your transactions is a spreadsheet of a database on the internet. This data is stored in a ledger that has a network of servers called nodes, to keep track of your money. The blockchain preserves every transaction in the ledger and shares the details with several other users. It renders the Bitcoin users a form of proof-of-work or simply they trust their counterpart.

Who creates the cryptocurrencies?

A decentralized network does not have a central authority. Therefore, a cryptocurrency needs some mechanism to prevent anyone from using it. Cryptocurrencies like Bitcoin use an SHA 256 Hash algorithm which stands for Secured Hash Algorithm 256-bit. A Hash is a string of strong cryptographic codes or functions (similar to binary 1’s and 0’s) that use hexadecimal codes.

Miners decrypt the SHA code using high-powered computers and strong mathematical calculations. The transaction adds to the blockchain after the miners decode the hash. Coinbase then provides the miners with a specific number of Bitcoin as a reward. This is how miners create valid Bitcoins. The number of people who use these coins for their daily administration set the value of Bitcoins. But for those who do not use these powerful processing chips, they can buy or sell Bitcoins through online exchanges like Coinbase or LocalBitcoins. These bitcoins do not have an intrinsic value or any physical form. They just exist and possess a certain value.

Some famous cryptocurrencies in 2017 are:

The first and the most famous cryptocurrency Bitcoin has a market cap that exceeds over $80 billion. A single bitcoin is worth more than $4500 with the current valuation. Its transaction volume has reached nearly 250,000 daily transactions. Some Cyber-crime agency like DarkNet uses Bitcoins as a global means of payment for illegal transactions.

Ethereum has ascended to the second position below Bitcoin in the hierarchy of cryptocurrencies. Other than Bitcoins, Ethereum not only allows transactions for existing accounts and balances but they also validate complex contracts and programs for corporate banks. Besides Ethereum, there is a host of cryptocurrencies like DigixDAO and Augur. They belong to a family of cryptocurrency of Ethereum. A single Ethereum coin is worth $300 in the current market.

Litecoin is one of the first cryptocurrencies after Bitcoin. They are faster than Bitcoins and take a larger amount of token with new mining algorithm. Users trade Litecoins excessively with one another. They use Litecoins as a backup for Bitcoins.

Monero uses a new type of algorithm (a cryptonite algorithm) that adds privacy features which were missing in Bitcoins. This type of algorithm introduced a concept of ring signatures. The ring signatures were able to pierce through the blockchain and secure the transactions. It was famous for the darknet marketers when the internet felons decided to use it as a currency.

Below you can find some of the best cryptocurrency apps that are free on Android Market:

Bitcoin Checker is the most popular app for users of cryptocurrencies and unveils the up-to-date prices on most cryptocurrencies. It is totally free and is built upon a simple User Interface. This app contains information on Bitcoins, Dogecoins or any other dubious cryptocurrencies.

It shows you the current exchange rates for Bitcoins and also supports 165 other currencies worldwide. The app proposes historical charts and high/low rates for some currencies.

This app is designed by Coinbase itself and lets you manage your personal Bitcoins. You can buy and sell Bitcoins as well as manage your account. It lies among the best cryptocurrency apps in the ranking of Bitcoin apps. With Bitcoin Wallet, you can send or request Bitcoins from other users, and also the app disables your account if you lose your phone.

This app is an all-in-one cryptocurrency option. It can convert 500 different varieties of cryptocurrencies and also track the value of coins that you own. You can also check out the best and the worst of any currency in any given month.

zTrader is designed to keep track of the cryptocurrency market. It provides an in-depth analysis of the major cryptocurrencies and their exchanges. The app also gives you a 25-bit AES encryption of API keys for security if necessary. There’s also a chat room available to share ideas among the currency market about the Bitcoins.