Samsung is one of the handful of OEMs that manufactures its own mobile chipsets. From budget, mid-range to its flagship lineup of Exynos-branded silicons, the company even sells them to other OEMs. Despite the pseudo chip self-sufficiency, it’s not been smooth sailing for Samsung though. For the past couple of years, it has been met with harsh criticisms backed by damning evidence about how the flagship Exynos chips lag behind their respective Qualcomm counterpart. So here, we’re putting the new Exynos 2100 through a bunch of benchmarks and gaming tests.

Well, I guess it’s safe to say that Samsung brought it upon itself considering how the company chooses to ship its premium S and Note lineup of smartphones with different chipsets on different regions. While select markets like the US, China, and South Korea enjoy Snapdragon variants of Samsung’s best, the rest of the world gets Exynos-powered devices. And the prime reason for this backlash is obviously the performance difference.

The Curse of Custom CPU Design

Up until now, Samsung had been using its own CPU core design named “Mongoose”. In terms of performance, thermal management, and other aspects, it significantly fell behind compared to what Qualcomm had to offer. And last year’s Exynos 990 was the last straw as the number 1 smartphone brand in the world finally parted ways with its in-house CPU cores. 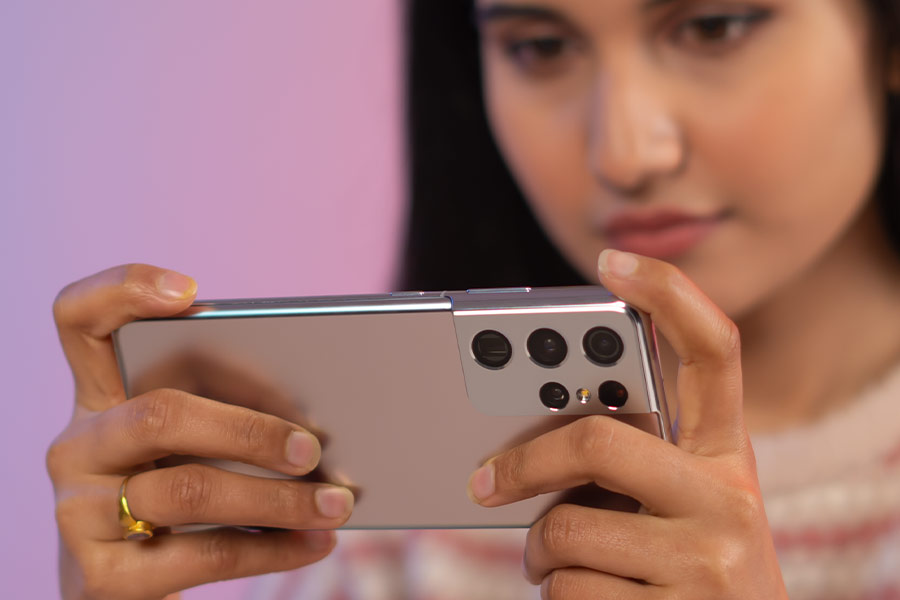 To mark the start of a new era, the company held its second-ever dedicated event to unveil a chipset—Exynos 2100 (the first one being for Exynos 1080). The new Exynos 2100 goes all-in on Arm’s CPU and GPU architecture to remedy the damage as much as possible.

Based on the 5nm EUV process, Samsung has created an inescapable cloud of hype for its latest mobile SoC. For what it’s worth, it is undoubtedly miles better than Exynos 990 on every front possible. It has the same core architecture as its direct rival—Snapdragon 888 (with a slightly overclocked Cortex-X1 core). However, these chips do differ in the GPU department. As I mentioned earlier, the Exynos 2100 employs an Arm design here as well. More specifically, the Mali-G78 GPU. On the contrary, Snapdragon 888 boasts Qualcomm’s own Adreno 660 GPU.

Historically speaking, Arm’s GPU design has never quite matched what Qualcomm’s been able to achieve. As a result, they are comparatively under-powered while being slightly energy-efficient. So, to test out the possibilities of Exynos 2100, we put it through a bunch of different games to benchmark its performance.

Talking about benchmarks, pitting the Exynos 2100 and Snapdragon 888 variant of the latest Galaxy S21 series of smartphones has generated buzz in the tech community. But that was to be expected I guess. But the weird thing is, the result has varied by a significant margin from tests conducted by multiple YouTubers. 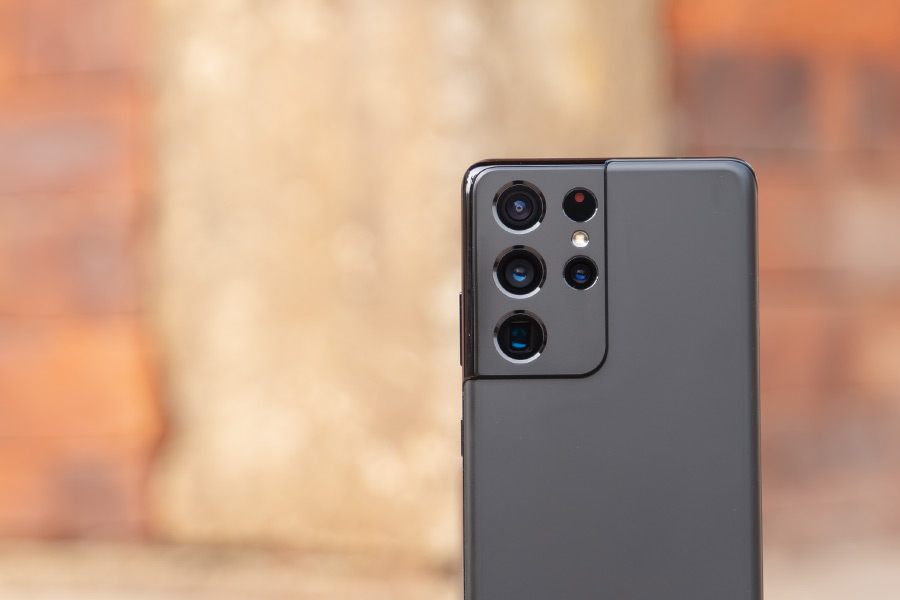 In our everyday usage, we haven’t encountered any problem with our Exynos-powered Galaxy S21 Ultra—be it performance or energy-efficiency. So, we put it through a bunch of CPU and GPU benchmarking applications as well. Before getting to the results, I have to mention that our unit of the S21 Ultra has 12 gigs of RAM and 256GB of storage. Additionally, we recorded the CPU and battery temperature via the “CPU Monitor” app.

Let’s kick things off with AnTuTu (v8). Here, we put it through 10 consecutive cycles of tests to determine how does Exynos 2100 fare in terms of sustained performance. In the beginning, the phone was at 100% charge, while the CPU and battery temperature hovered at 24-25ºC and 24ºC respectively.

As you can see, Exynos 2100 delivers a great sustained performance while also maintaining excellent temperature. Contrary to how we’ve seen other YouTubers get continuously degrading results under consecutive loads, we were rather surprised to see how our unit of S21 Ultra held up.

Next up, we ran the 3DMark Wild Life Stress test. It requires a GPU with Vulkan 1.1 API support which the Exynos 2100 does. 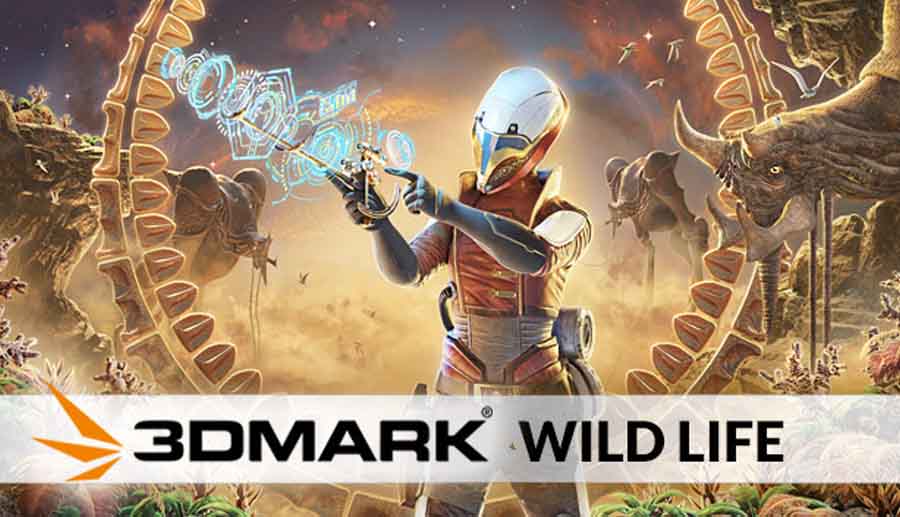 As the name implies, it tests a device under a heavy load. While AnTuTu mimics the overall aspects of your phone, this test is more geared towards GPU performance. Here as well, the phone had 100% charge at the beginning of the test with CPU and battery temperature at 22ºC and 21ºC respectively.

Here as well, the Exynos 2100 shows an admirable performance under heavy load. The temperature does reach the 45ºC mark but even here, this silicon manages to bounce back from the dip noticed under the second test.

Moving on, the final test that we ran was GFXBench. Like the one above, it is also a GPU-centric benchmarking tool. Under this, we took the Galaxy S21 Ultra through 9 loops of Aztec Ruins OpenGL (High Tier), Aztec Ruins Vulkan (High Tier), and Manhattan tests. The stats of the initial state read 100% battery life, 23ºC CPU, and 21ºC battery temperature.

This silicon once again proves its worth under heavy workload. With these out of the way, let’s get into the gaming benchmarks of Exynos 2100. We played a bunch of demanding titles, some high refresh rate optimized, some not, and even a couple of emulator-based games. For an in-depth analysis, we used the GameBench Pro tool. Unfortunately, it didn’t support the Mali-G78 GPU and for this, we had to refer to Samsung’s GPUWatch.

In Call of Duty: Mobile (highest setting), we were able to get a stable 60fps with 87% stability. Here, the CPU usage hovered under 15%, and thankfully, the phone didn’t heat up much either. Next up is Genshin Impact which is a fairly resource-demanding game. With the graphics settings set at 30fps, we got a median of 30fps. The fps would get as high as 51fps while dipping as low as 23fps. Now cranking the game settings to 60fps, we got a varying result in different sessions. On our first gameplay, it netted out to 35fps median with a 73% stability. While it did reach 60fps on multiple instances, the frame rate would go as low as just 14fps. This extreme plummet was mostly under cutscenes, which is kinda weird. Giving it another shot, we were able to achieve a median of 51fps with 95% stability. Here, the lowest frame rate recorded was 24fps while reaching up to 61fps. In both instances, the CPU usage was around 18-19%.

Moving on, PES 2021 gave smooth gameplay with a median of 57fps and 100% fps stability. This game is relatively easy on the GPU so this result isn’t at all surprising. Kicking things up a notch, let’s take a look at PUBG Mobile. Under HDR graphics and Ultra frame rate, I was able to get a 40fps median with 98% stability. Here, the CPU usage averaged at 12.73% while GPU usage would reach up to 90% while staying at 60-70% most of the time. Mind you, the Snapdragon variant of the S21 Ultra can hit higher settings than this. 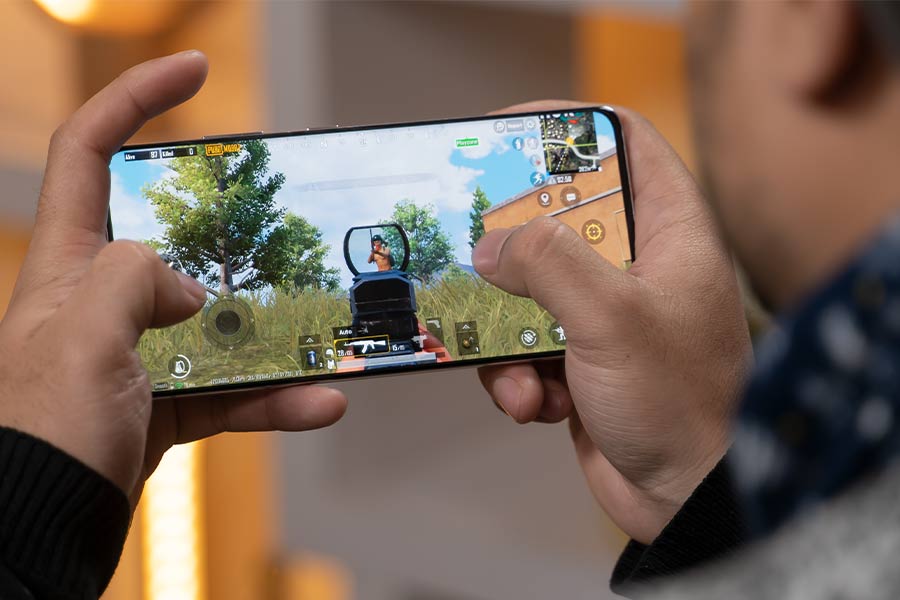 As you could tell, the gameplay here was fairly smooth. The surface temperature stayed at a respectable level too, with it reaching about 41ºC after around 32 minutes of gaming. Switching the settings to Smooth graphics and Extreme frame rate, things took a wonderfully positive turn. Averaging at 60fps with 97% stability, this is the objectively optimal setting you’d want to play PUBG Mobile at if you want smooth, stutter-free gameplay.

Still, seeing how a game as popular as PUBG Mobile isn’t optimized to utilize the 120Hz smoothness of these days’ smartphones is a travesty. We have seen Tencent partner with vendors like OnePlus exclusivize 90fps experience on its phones, so Samsung needs to get on with this trend ASAP. Well, the Galaxy Note 20 Ultra did receive an update for 90fps PUBG gaming but in our test, the gameplay was stuck at a stable 60fps the whole time.

But that doesn’t mean there aren’t any games that utilize high-fps gaming. One of such titles we tried was Shadowgun War Games. At 120fps mode under Ultra High settings, the S21 Ultra managed to achieve a median of 73fps with 61% stability. Before you get any wrong idea, the dip in fps number from what we expected is mainly because of LTPO-backplane in the phone’s display that dynamically refreshes from 10 to 120Hz. 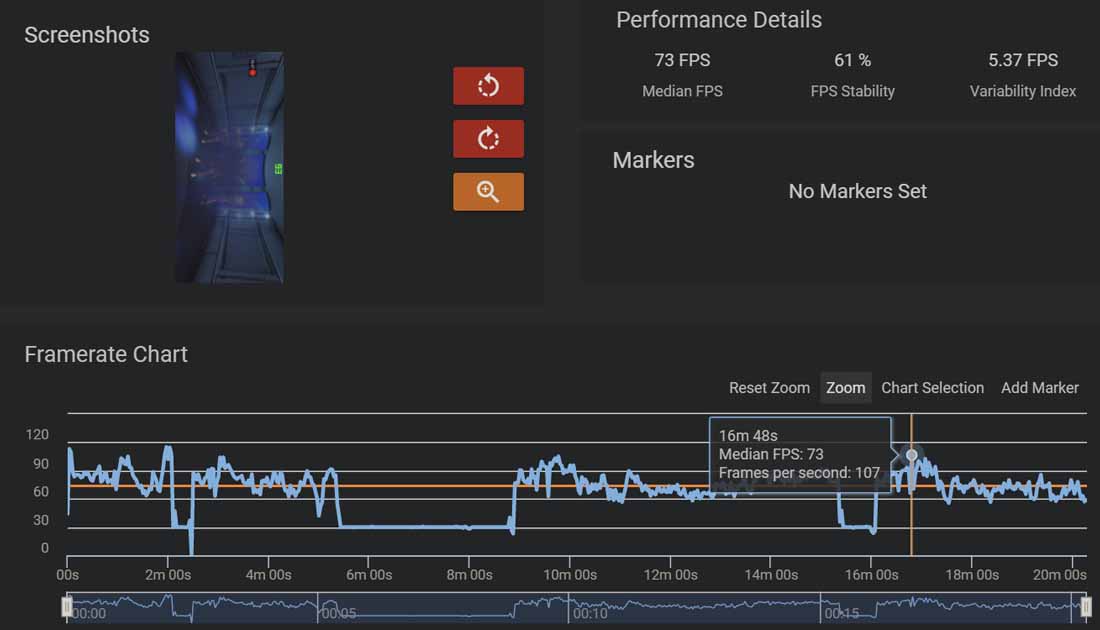 From this framerate chart, we can see that the game reaches up to 107fps at peak while dropping to up to 56fps under active gameplay. However, because the display dials down the refresh rate as low as possible, Shadowgun War Games plummets to up to 24fps at loading screens—therefore resulting in such an unstable stat.

Injustice 2 was another supposedly 120fps optimized title but we couldn’t hit beyond 30fps in the actual gameplay in S21 Ultra. Looks like this feature of the game is device-specific as phones like Asus ROG Phone II indeed support Injustice 2 in 120fps. Here, the GPU usage lingered around 43-50% while using CPU at about just 8.16%. Yet, the refresh rate would bump up to 57fps when you’re browsing the in-game menus. Finally, we played Critical Ops as well, which is another 120fps game. And this one ran the best as we got a median of 120fps with 99% stability. Kudos to the devs. Now, to test out the absolute limits of Mali-G78 on the Exynos 2100, we also tried out a couple of emulator-based games. Particularly, we played PlayStation Portable games like “God of War – Ghost of Sparta” using the PPSSPP emulator.

Pushing To The Limit: Emulator Games

To push it to the limit, we had to set the PSP rendering resolution to 6x. Playing God of War under this setting, we got a peak of 39fps with the median fps settling at 29. Here, the GPU usage didn’t fall below 95% while reaching as high as 99%. So, mission accomplished I guess. Mind you, this is just not the ideal setting you’d want to play the game at and you’ll get a much playable 50-60fps by toning down the render resolution.

So, from all these benchmarks and gaming tests, what we can most certainly tell is that the Exynos 2100 is a gigantic leap from last year’s Exynos 990. Both in terms of performance and thermals, it introduces a significant upgrade. More importantly, it is a proven champ when it comes to sustained long-term performance too—all the while maintaining excellent temperatures.