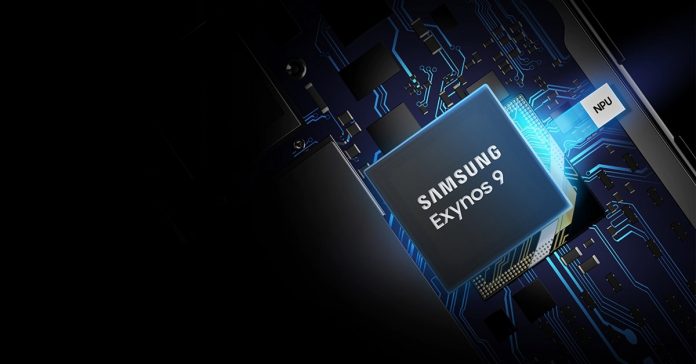 Details on Samsung’s new Exynos 9710 has started to surface online. It’s a potential successor to the Exynos 9610, that has proven itself in the Galaxy A50. Beating the likes of the Snapdragon 660, could this (Exynos 9710) go head to head with the SD675?

Seeing how Samsung has a bunch of phones in the A-series pending announcement, this seems like a solid SoC for something like the Galaxy A60 or the Galaxy A70. Either way, we are expecting a very powerful SoC aimed at the upper mid-range segment.

Going by the leaks, the new SoC will be manufactured on an 8 nm process. Core count will remain at eight, with four Cortex A76 at 2.1 GHz and four Cortex A55 at 1.7 GHz. This should and will result in better battery life and performance, as opposed to the Exynos 9610.

In addition, its GPU is another one of the aspects that will get an upgrade. The Mali-G72 MP3 will be replaced with a much better Mali-G76 MP8 clocked at 650 MHz. A huge improvement for the former if compared with the later, however, real-life performance might differ.

To sum it all up, the new (leaked) SoC performs faster, has a better GPU and hogs less battery. Seems like a win win win situation for Samsung. The only question that remains is when? This is the first time we are hearing of this particular product, so it could take a while.