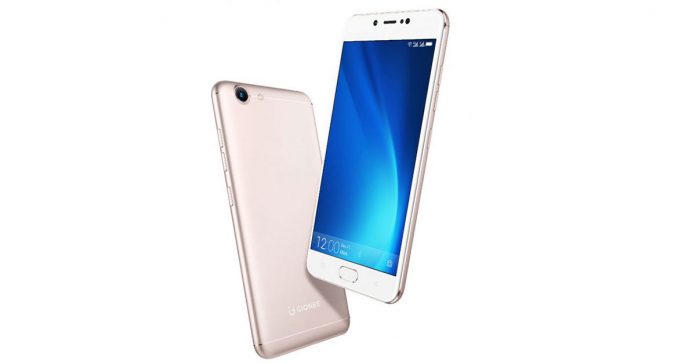 Gionee is recognized for having Super Selfie Camera in the mid-range section. In a recent event, Gionee has launched another selfie-centered phone, namely, Gionee S10 Lite. The aesthetics of the phone resembles the Xiaomi Redmi 4A but the internals is fairly powerful.

The S10 Lite comes with a 5.2-inch 720p display. It has the usual 16:9 aspect ratio, being launched at the end of 2017 it should have incorporated the 18:9 display which the Micromax Canvas Infinity holds being way cheaper. The phone with its unibody metal construct is 7.9mm thin and weighs in at 155grams. It runs on Android 7.1 Nougat out of the box with Amigo UI on top. Nothing about the Oreo update was said in the event.

Powering the S10 Lite is powered by quad-core Snapdragon 427 chipset clocked at 1.4GHz. It is coupled with 4GB of RAM. It offers 32GB internal storage which can be expandable up to 256GB using microSD card. Optics-wise, it comes with a 13MP rear camera with f/2.0 aperture. On the front, it holds the 16MP Camera with f/2.0 aperture and selfie flash. It holds fingerprint sensor on the home button. Gionee has a fast and reliable fingerprint sensor as per my experience. It is backed by 3,100mAh battery.

The phone is priced at $250 and we expect to see it in the Nepali market next year.