Both Matebook 13s and 14s have a sharp thin metal body, weighing 1.32kg and 1.43kg, respectively. The bezels around the skin are slender and also the top one houses a laser welding fixed pole camera that supports face unlock. 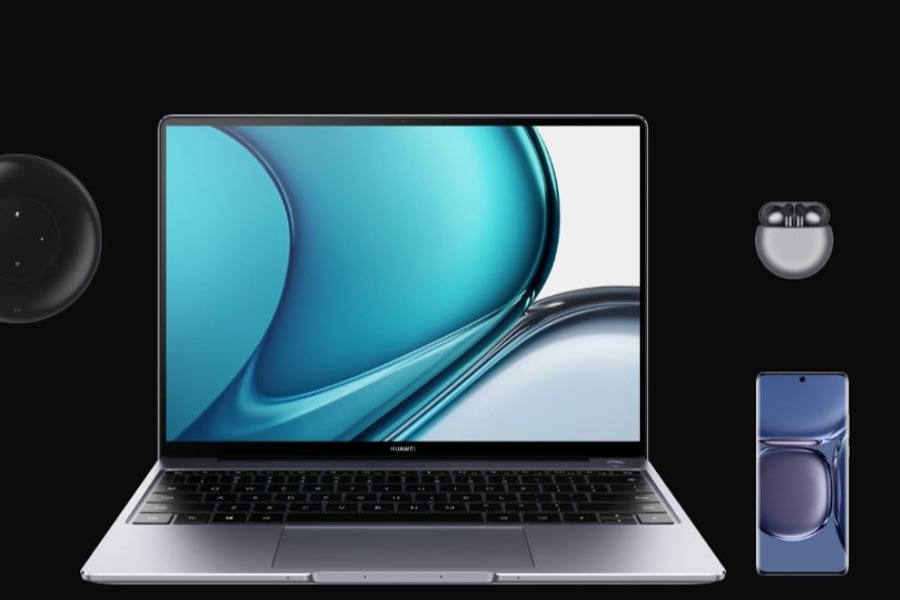 On the performance side of things, there are two options to choose from— Intel Core i5-11300H and Intel Core i7-11370H. Similarly, the graphics are handled by integrated Intel Iris Xe graphics. Memory-wise, both the chipsets are coupled with 16GB of RAM and 512GB of SSD storage. However, the 14s with an i7 processor is also available with 1TB of SSD. They also have an upgraded shark fin cooling system to keep the device cool. Fueling the laptops are 60Whr batteries that charge via a 65W adapter.

Moreover, the laptops have backlit keyboards and a dedicated fingerprint power button for biometrics. On to the port options, there are two USB-C and a 3.5mm headphone jack on both, while the 14s have extra space for USB 3.2 and an HDMI port.

In addition, the high-end variant of the 14s also supports Thunderbolt 4 on its second USB-C port. In terms of audio, both of them have a quad-speaker and quad-microphone setup.

Although there are merely slim chances of launching the Huawei Matebook 13s and Matebook 14s in Nepal, we expect their price to start from NPR 135,000 if and when it launches here.