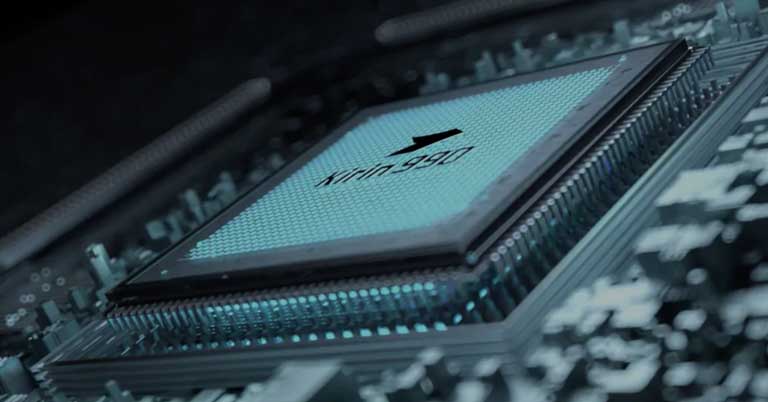 This year, Apple took the laptop market by storm by introducing the new MacBook lineup powered by its in-house silicon. While this development has been welcomed with open arms everywhere, Huawei has been trying to do something similar with PCs and notebooks as well. And now, a tipster has leaked some specs of the upcoming Kirin-powered laptop on Weibo. In this post, we will take a look at all the rumors, leaks, specs, and expected launch date of the Huawei Qingyun L410 laptop.

Apple’s decision to switch from Intel to in-house silicon for its Mac devices was a demonstration of what the company is capable of. It’s a totally different case with Huawei. After a year of being included in the US Entity list, there is no sign of things getting better for this Chinese company. As a result, Huawei is trying hard to be less reliant on US-based companies.

We have already covered the rumors of Huawei’s enterprise-level desktop powered by the Kungpen 920 chip. It’s an ARM chip developed by HiSilicon and fabricated by TSMC’s 7nm process node.

Now, the leaks of Huawei Qingyun L410 laptop has leaked on the Chinese microblogging site. A picture of the laptop’s packaging was posted by Digital King. The label on the box sheds some light on the specs of the laptop. The laptop will be powered by Kirin 990 processor which is not the most powerful chipset – not even in the Kirin lineup. But it comes with an integrated 5G modem which has led to speculation that the Huawei Qingyun L410 may come with support for 5G. 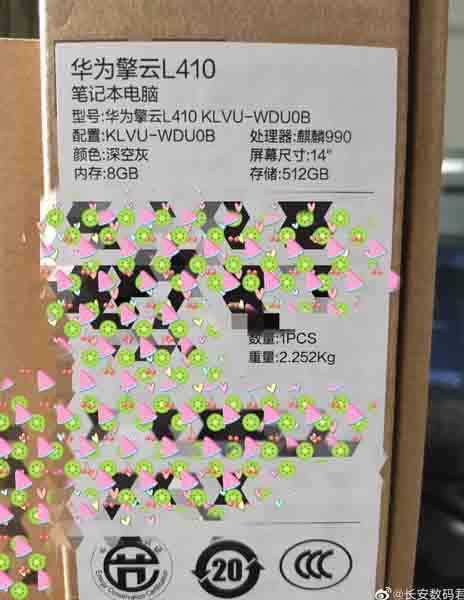 Other than the chipset, the rest of the specs are similar to Huawei MateBook B5-420. The MateBook B-series is a lineup of business laptops and the same may be the case with the Qingyun L410.

The laptop will sport a 14-inch display with a 2K resolution. It will come with 8GB of RAM and 512GB of SSD storage. Huawei Qingyun L410 will ship with Deepin OS 20 which a Linux distribution developed by UnionTech. This distro is popular among Chinese users. Huawei has previously used it in the MateBook series (2019) in China.

The leak also suggests that Huawei will be upgrading the system with the Harmony OS somewhere in the future.

While it has not been confirmed yet, Huawei is expected to launch the Qingyun L410 laptop in March of 2021. The laptop will be China-exclusive at the launch and will make a global appearance later.