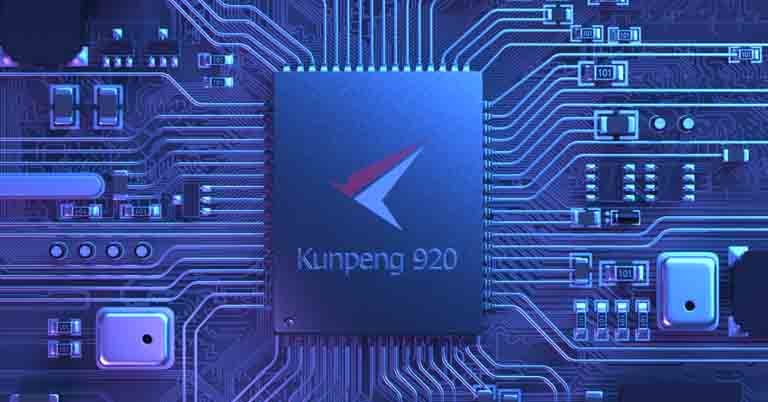 Chinese smartphone companies are pretty competitive. They keep expanding their portfolio of products to conquer a new market segment. One such brand is Huawei. In addition to smartphones, Huawei has its own lineup of tablets and premium ultrabooks. The company even manufactures networking gear and chipsets. Recently, it has been reported that Huawei is looking to get into the desktop market. Let’s learn more about the upcoming desktop computer from Huawei.

The Huawei Desktop Computer first came under highlight when _rogame, a Twitter user, spotted the desktop in the 3DMark listing. _rogame  then shared real-life images of the desktop. Now a new Weibo user has reported that Huawei will launch its first desktop computer very soon. 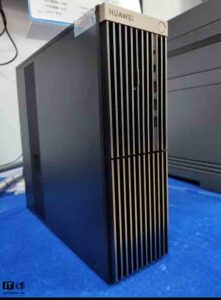 First of all, Huawei is not making these desktops for the general public. The desktop computer is meant to serve the government and industries so, the design looks dull and boring. On the front, there are stripes running down the height of the device. At the top, we can notice the company branding. To its right, there’s a circular power button.

On the front, Huawei has included three USB Type-A ports, above which resides a single USB Type-C port. The ports are arranged vertically just below the 3.5mm headphone jack. There is also a space for an optical drive. There are four additional USB Type-A ports at the back. They are accompanied by an ethernet port and a VGA port.

The desktop might make use of Huawei’s Kunpeng 920 motherboard. The motherboard and associated components are only available for enterprises. Initially, it was reported that the desktop will be powered by AMD Ryzen 5 PRO 4400G. The Hexa-core processor was reported to have a base clock frequency of 3.7Ghz (boosted frequency @ 4.2GHz). However, no such APU has been official.

However, IT Home suggests the desktop computer will come with Huawei’s Kunpeng 920 3211K. The platform can support 24 cores with a frequency of up to 2.6GHz. There will be 8GB of RAM, 512GB of SSD storage, and AMD  graphics. The report claims the processor can slightly outperform the Intel Core i9 – 9900K in multi-core performance. It will ship with the China-made Unified Operating System (UOS). Users won’t be able to change the OS, graphics card, and processor.

According to rumors, Huawei will soon launch the desktop computer in its home country. However, there is no exact date.