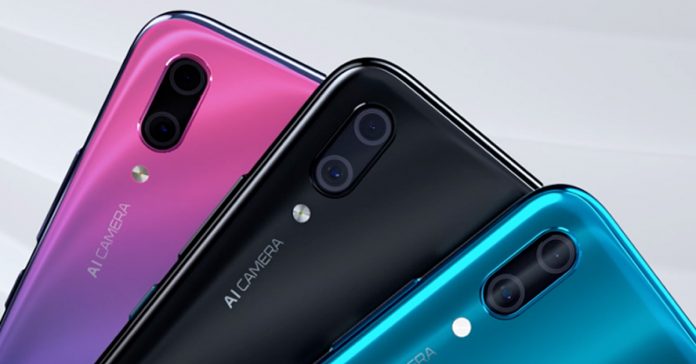 If you thought that Huawei Nova 3 and 3i were all that Huawei is bringing on the table, for this year, you are not quite right! Huawei, in its social media post, has given out a news that it will be adding four devices in its lineup very soon. As Huawei has confirmed, these devices are the Huawei Y9 2019, Y5 Lite, Nova 2 Lite, and the Huawei Nova 3i in an all-new white color. These are devices that are hitting the mid-range and budget segment in the Nepali market. The Y9 2019 is an upgraded version of the Y9 2018, with one major upgrade, the chipset. This time, it’s the Kirin 710 that is being featured in this one. Similarly, the display is something that that has been made a bit taller, with the 2019 version having a 6.5 inches display. Also, this time the device is available in two memory variants, 4-64 GB or 6-128 GB. Other things more or less are the same, the same 4000 mAh battery. The Nova 2 Lite is more or less similar to the Y7 Pro 2018 but what this one has more is a fingerprint sensor. It’s got a 13+2 MP rear camera set up at the back and an 8 MP selfie shooter. Storage- wise, you get 3GB RAM in total and a 32 GB internal storage that can be extended up to 256 GB. The internals is handled by Qualcomm’s MSM8937 processor, which is basically another name for Snapdragon 430 chipset.

Next phone that Huawei is launching is the Y5 Lite, which is Huawei’s first Android Go device. The device is powered by the MediaTek MT6737M processor. The Y5 Lite will hit the budget segment with 1 GB of RAM and 8 GB of onboard storage. The Android Go Operating System is specially optimized for budget smartphones and induces better performance and has better data management and security benefits.

Likewise, Huawei is also bringing to the Nepali market the White version of the Nova 3i. Previously, the company had launched the Black and Iris Purple colors but this time around, they have added Pearl White to their range of offerings.

Well, Huawei seems to be on fire this time around. With the Nova 3 and 3i, they surely had made a buzz some time ago and again, there seems to be a good focus on the budget segment as well. Except for the Nova 3i, there is no word for the pricing of the products to be launched yet.