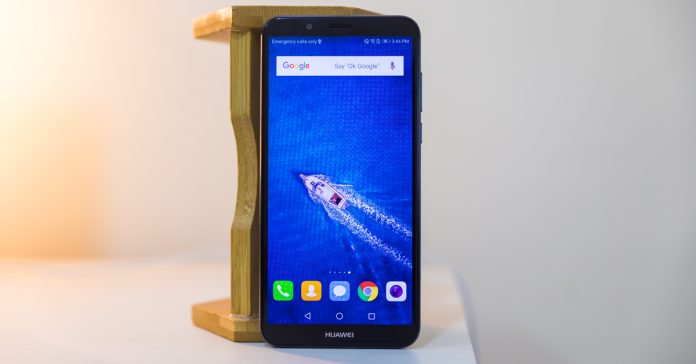 Dual camera used to define premium flagship status a couple of years back. But over time, because of the people’s love for the dual camera and the fancy portrait shots that comes with it, the dual camera has been a mainstream feature these days even in the mid-range handsets. Despite this breakthrough, the dual camera still is a rare feature in the budget smartphones. And there is this recently launched Huawei Y7 Pro 2018, which sports a dual camera setup at the back. On top of that, the smartphone comes with the display that features 18:9 aspect ratio, which seems to be trendy these days. With these features, is the Huawei Y7 Pro going to set new standards for the budget smartphones? Let’s find out in this Huawei Y7 Pro 2018 review. Let’s get started with the design and build side of the things. At first glance, the Y7 Pro might feel like a metal body, but comparing side by side with the Huawei Y9 2018 and Nova 2i, you will quickly realize the Y7 Pro has a plastic body. This might turn you off, but the plastic construction has surely made the device light adding ease to hold and on the use. The glossy metallic frame has added a premium texture to the device and also prevents the flexes. Looks wise, it surely is a handsome lad, but I am not quite sure how the plastic body will endure for a longer period of time.

Up front, the Huawei Y7 Pro features a tall 6-inch display with a trendy 18:9 aspect ratio. This tall display might interest the multimedia enthusiasts. However, compared with Full HD+ phones, one can surely feel the lack of sharpness. 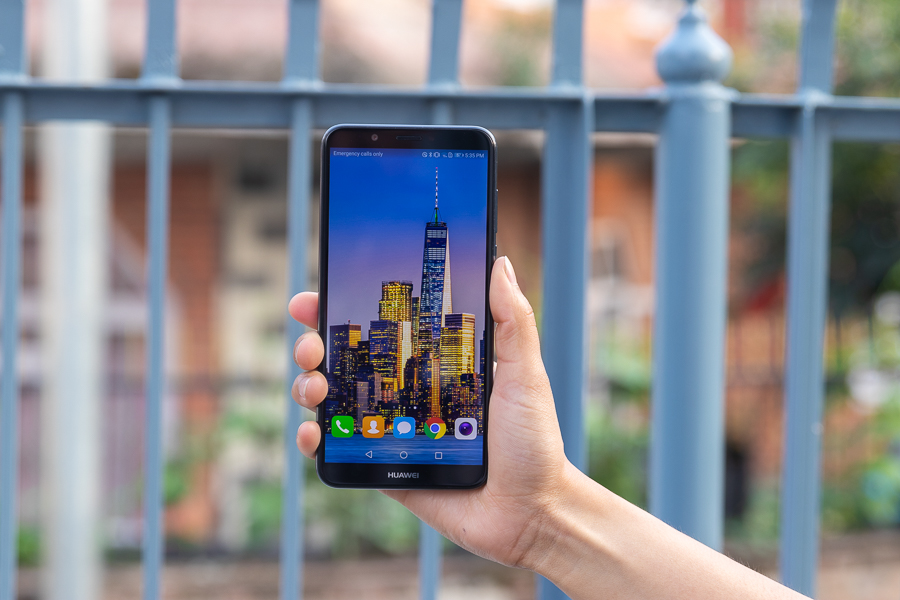 Also, the display looks a little too faded and colors seem washed out. However, the display of the device was bright enough and legible even on the outdoor conditions. And I am thoroughly pleased with the presence of the ambient light sensor, which saved me from the hassle of adjusting the brightness level every now and then.

The Huawei Y7 Pro comes with a very, very average Snapdragon 430 chipset. We have seen this processor on many budget phones, but how does it fare on a $200 smartphone?

And Comparing it with other smartphones, it is evident that the Y7 Pro should have gone with a slightly powerful Kirin 659 SoC or Snapdragon 625 Chipset. So, bottom line: If you are a light user, you might not feel the difference, but you will notice minor lags when you try to multitask and execute heavy apps.

While digging into the gaming aspect, I didn’t find any issues while playing the light games like Dunk Shot, 8 Ball Pool, and Dunk hit ran really smoothly. So no complaints whatsoever. But when I played the Zombie Avenger, which is another light game, I had to endure lags more than once. When I played the heavy games like Asphalt 8, there were few evident stutters but the game was still playable. And talking about the heating issues, the device starts to heat up quite easily. Even while playing light games and apps, the temperature starts to rise gradually on the portion near the camera, however, it’s nothing of a major issue.

On the software side, the smartphone comes with the Android Oreo out of the box. To spice up a little bit, Huawei added their own EMUI 8.0 on the top. I used last year’s Huawei Y7, Y7 Prime, and even the Nova 2i. I didn’t see much of a difference this time around. It seems a little polished but the amount of bloatware still remains the same. Most of the bloatware in the device is either redundant or useless. Since I prefer stock version of Android, the UI on the device didn’t please me much. However, I must honestly praise the addition of Eye Comfort feature in this handset. This feature filters the blue light from the display and prevents eye strain caused by the display while viewing the content on it. And I, being an avid reader found this feature surprisingly handy.

Huawei Y7 Pro houses a dual camera at the back. It is one of the most affordable smartphones to feature a dual camera on the back.  Normal photos were fine and detailed most of the time. But sometimes, the colors of the subject in the images were little faded as per my liking. Another thing I noticed about the Huawei Y7 Pro 2018 was the shutter lag on the camera. The slow shutter speed of the camera sometimes resulted in blurry images.

With dual camera onboard, the portrait shots were “OK” at best. It’s not as good as Huawei Y9 or Nova 2i when compared side by side. Despite the presence of substantial amount of details, the sketchy edge detection was noticeable almost every time I took portrait shots. However, it’s satisfying to see Huawei is trying to bring in some good camera features in its budget phones with dual camera setup, which is kind of rare at the moment in Nepal market.

Moving on to the front, there is an 8MP selfie shooter with an LED flash right on the forehead chin. The front camera captures some excellent-looking selfies. There is also the Beauty mode for the people, who want beautification in their selfies in the real-time. This feature usually comes handy for the people like me, who hate to edit and process the images after taking the shots. Another cool feature I liked about this handset is the nighttime selfies. When there is really low light to take selfies, the sensor detects deficiency of light and triggers the front LED flash. So not just Huawei, I want to request all the smartphone manufacturers to kindly include a fingerprint sensor on their device. Not just for luxury, this feature has been an absolute need these days.

The handset comes with the 3000 mAh battery, which backed me for almost a day on the normal use. And the screen-on-time was around 5 hours. I was pretty satisfied with the backup is provided. With the stock charger of 5V, 1A, it took me around 3 hours to get the battery fully charged. But during the course of review time, I used a more powerful charger rated 5V, 2A which accelerated the charging process. And the battery got refilled in just 2 hours’ time. So, if the prolonged charging time bothers you as well you can spend a couple of bucks for a 5V, 2A charger.

To sum it up, Huawei Y7 Pro 2018 is kind of a mixed bag. On the good side, it has got a good design, trendy 18:9 aspect ratio, reliable battery life, and a good set of cameras. However, had Huawei included FHD screen and maybe its own Kirin Processor at this price range it would have been even better. 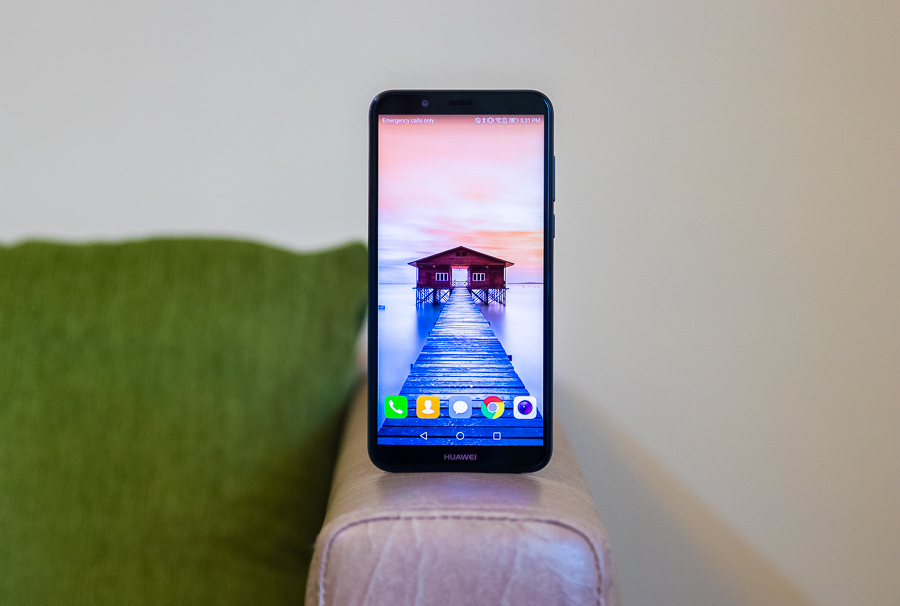