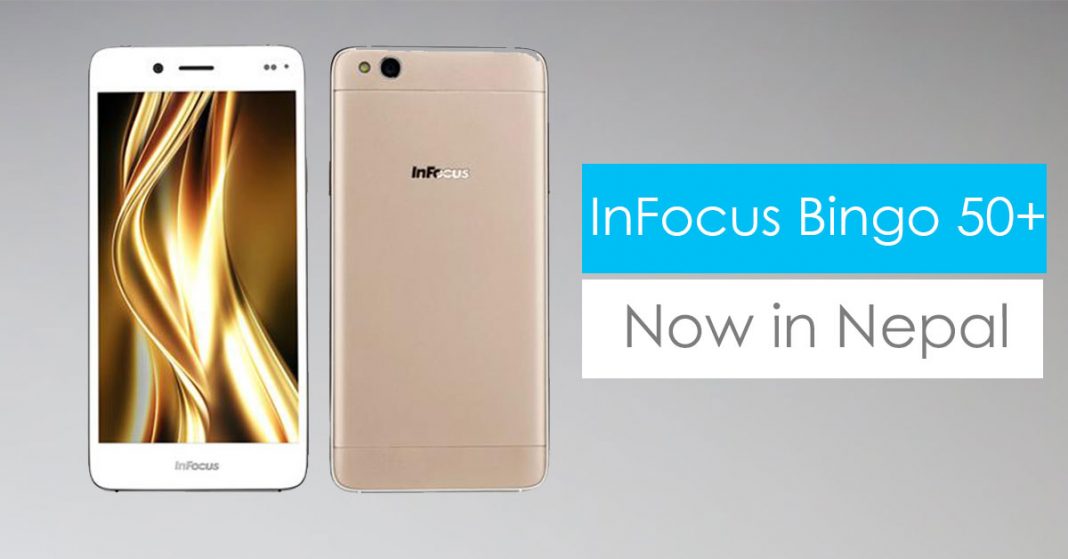 InFocus has recently launched a new phone under its budget series, the InFocus Bingo 50+. The new phone is targeted for mid-range consumers and comes with a typical set of specifications that you get with the phones under Rs.20,000.

InFocus Bingo 50+ comes with 5.5-inch 720p display. The body of Bingo 50+ resembles the Xiaomi Redmi 4x which comes in a similar price range. Powering the device is MediaTek’s MT6753 octa-core processor clocked at 1.3GHz coupled with 3GB of RAM. You can find the same chipset being used on Gionee A1 Lite. Having used the phone, the performance with this chipset should be swift but heavy apps will struggle. It comes with just 16GB of storage while the competition is offering 32GB. Storage is expandable up to 64GB via microSD card.

The Bingo 50+ supports Dual nano-SIM. The first tray supports 4G VOLTE while the second tray supports GSM 2G. On the optics side of things, it sports 13MP Camera on Rear and 8MP Selfie Camera up front. In terms of software, it is still running on the outdated version of Android 6.0 Marshmallow. Backing up this device is a tiny 2600mAh battery.