The trend of launching smartphones every now and then has certainly brought competitions among manufacturers. So much so that even different models of the same manufacturer are going head to head against each other. Doing so is the newly launched Xiaomi Redmi 4X which will be facing competition from Xiaomi’s own Redmi 3s and Redmi Note 2 if its pricing is considered. So how does this Rs. 18,499 worth of device perform in real life? Let’s find out in this review.

Xiaomi Redmi 4X in a nutshell: The Xiaomi Redmi 4X is a handsome looking lad wearing a metal backing which has made the device feel premium. Engraved on the metal backing is a fingerprint sensor. There are two plastic bands on the top and bottom with a camera and LED flash sitting on the top band.

At the front, the Redmi 4X sports a typical smartphone design. On the bottom are capacitive buttons, which aren’t lit thus giving me a hard time in the dark environment. Below them is a LED sensor which hardly blinked except for when I was charging my device. 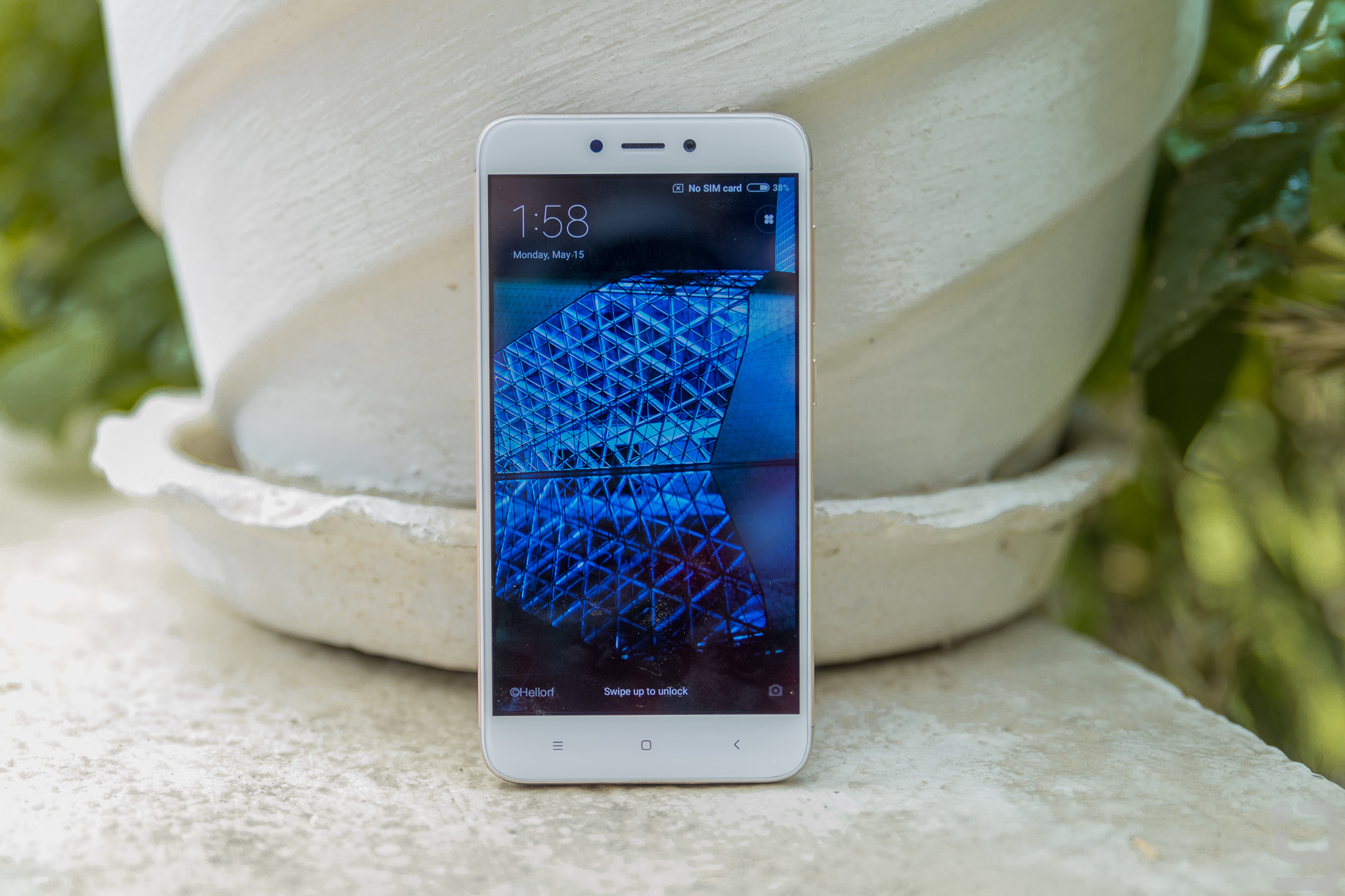 The volume rockers and the power button on the right are tactile and placed precisely where my thumb rests. There is the SIM card slot on the left side. The top has an IR sensor and a headphone jack. There are two speaker grills on the bottom with one of them serving as an actual speaker and the other one as a mic.

The compact body of the device really makes one-handed use easy. I really liked the design of the Redmi 4X except for the small black band around the display. 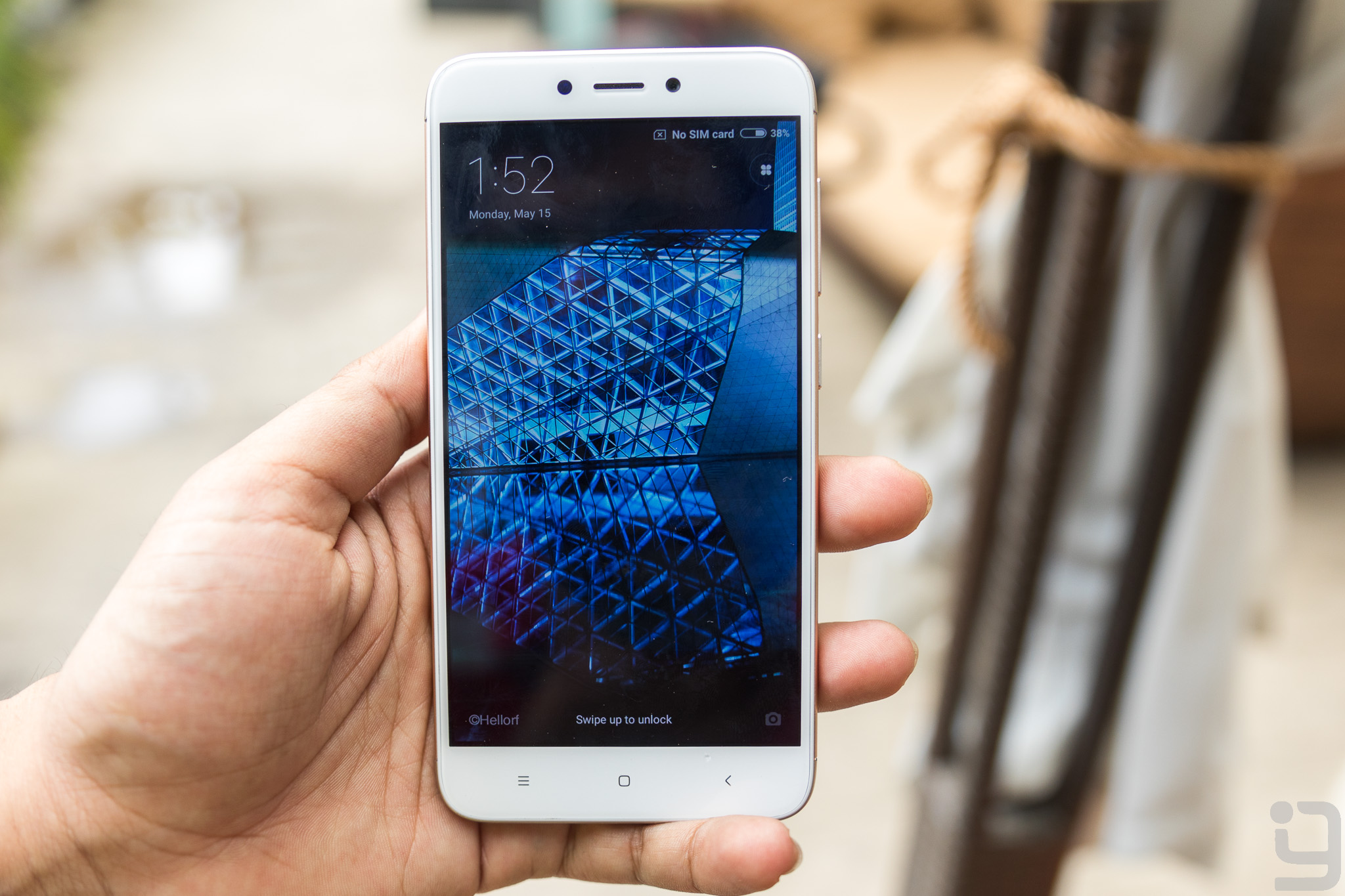 The Xiaomi Redmi 4X comes with a 5-inch IPS LCD display with the resolution of 720 x 1280 and 294 ppi. The display is bright and eye-pleasing but lacks saturation and sharpness like AMOLED displays. But during my time of using the device, I hardly felt the lack of 1080p display. The Redmi 4X also lets you change the warmth of the display. Since I like cooler displays, I opted to decrease the warmth of the display.

The Xiaomi Redmi 4X comes with an Octa-Core Qualcomm Snapdragon 435 CPU with a clock speed of 1.4 GHz. This processor, aided by 2GB of RAM and Adreno 505 GPU, failed to impress me. The device constantly underperformed while gaming. The app switching was a pain and the apps didn’t respond, that too, a lot of times, sometimes even force closing itself. I haven’t still figured out why it is doing this. The fact that even the keyboard takes a while to come up doesn’t help its cause. 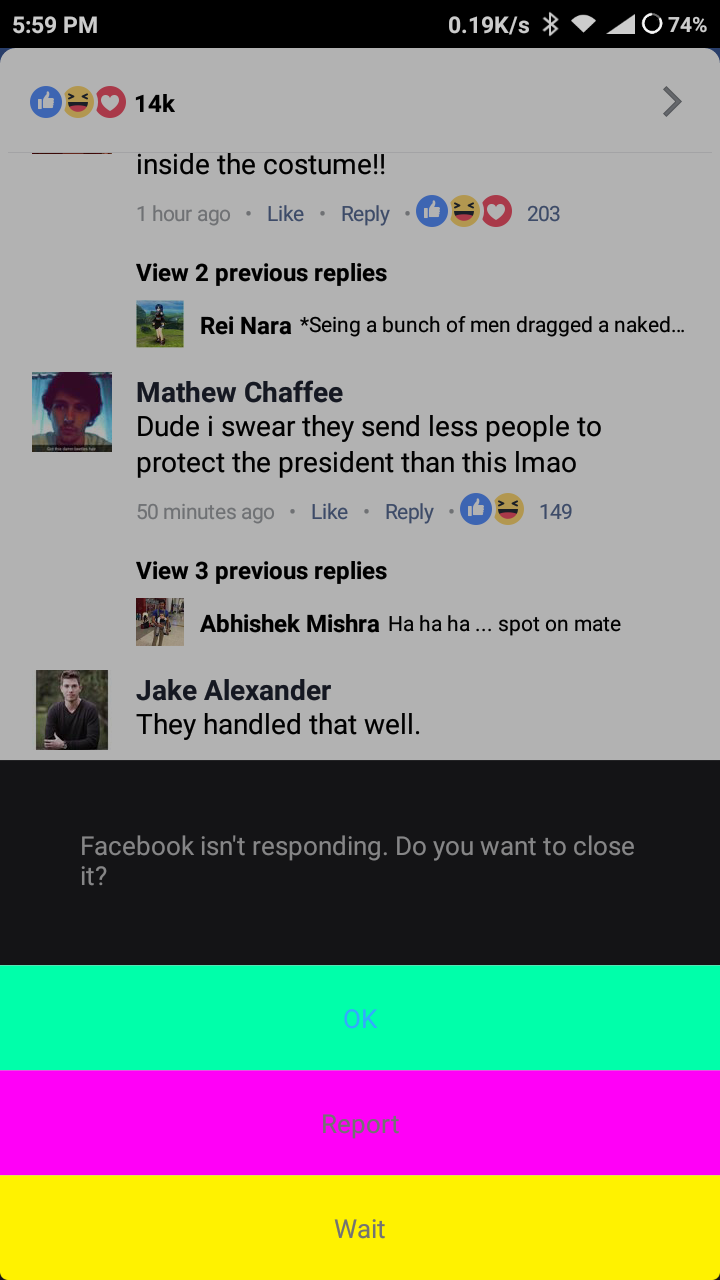 Vatsal should have also launched the 3GB RAM variant for power hungry users.

This device runs on Android 6.0.1 Marshmallow with Xiaomi’s MIUI 8 on top. Even though it runs on a skinned version of android, the UI is eye-pleasing and has only a couple of unnecessary bloatware. The Redmi 4X comes equipped with different software features. It lets you use dual apps on the same device. So, you can add two different accounts of Facebook, Whatsapp or Viber in the same device. You can also make a different account altogether. This feature is like guest mode on computers.

One thing I liked about the software is that I didn’t have to tune down the animation scale, which I usually do in the devices I review because of the loading time. 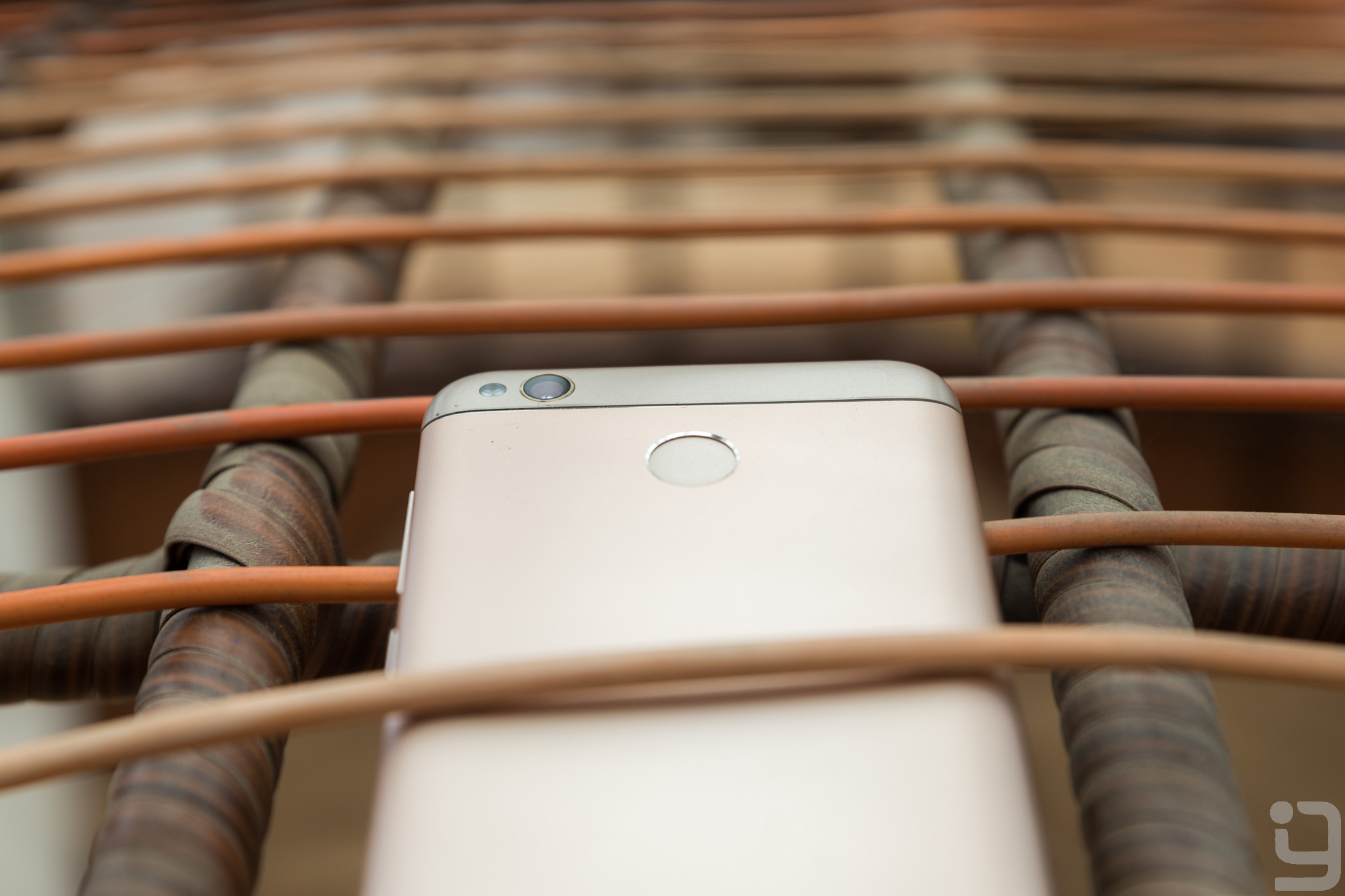 Storage wise, the Redmi 4X comes with 16GB of internal memory which is expandable up to 128GB, the downside being you will have to choose between a second SIM card and the microSD card. The single mono speaker at the bottom is only decent. Plus, it gets covered easily whenever I use it in landscape mode, especially while gaming and watching videos. The other speaker grill serves as a dedicated mic. There is another mic on the device for active noise cancellation.

The device lacks USB Type-C connectivity, but that is to be expected from a smartphone worth Rs. 18,500. The Xiaomi Redmi 4X is equipped with a 13-megapixel rear-facing camera with f/2.0 aperture. It takes decent pictures in well-lit conditions. But like every other smartphone camera, it suffers under low light as the pictures come out grainy and noisy. There are different filters in the inbuilt camera app. It also lets you shoot on ‘Pro mode’ by tweaking the ISO among others. The front-facing 5-megapixel camera takes social media ready pictures. It, like the rear-facing camera, is a pain in dark environment. 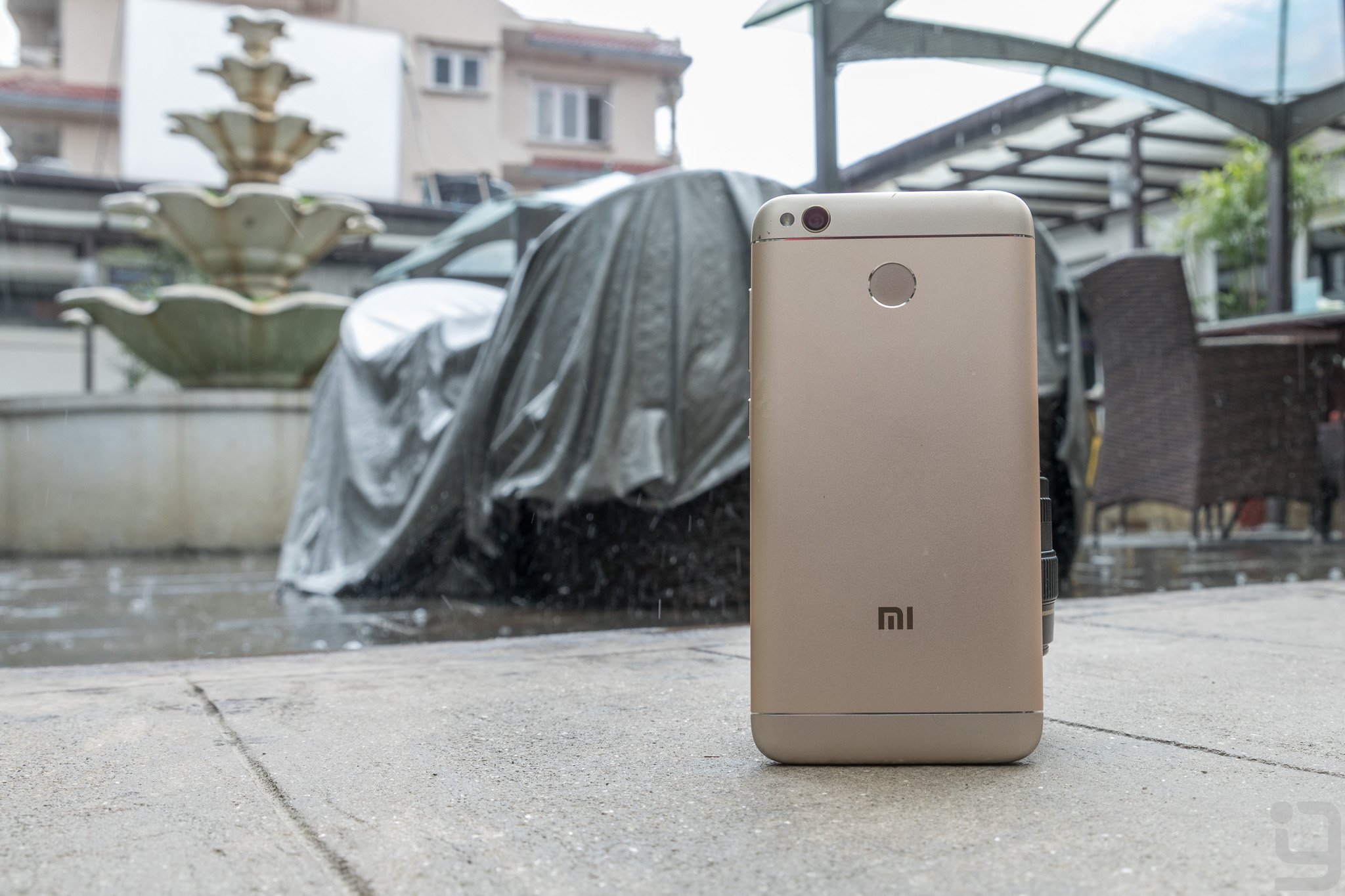 Connectivity wise, the Xiaomi Redmi 4X has a Dual hybrid SIM slot which supports 4G LTE. I really liked the fact that Xiaomi opted with an IR sensor. The IR Sensor serves as the hub between the smartphone and different electronic devices. The Mi Remote app has a user-friendly interface and features tons of different devices to choose from. A fingerprint scanner sits at the back. It unlocks the device without any hiccups. However, it takes just a bit more time to unlock when the device is completely locked. 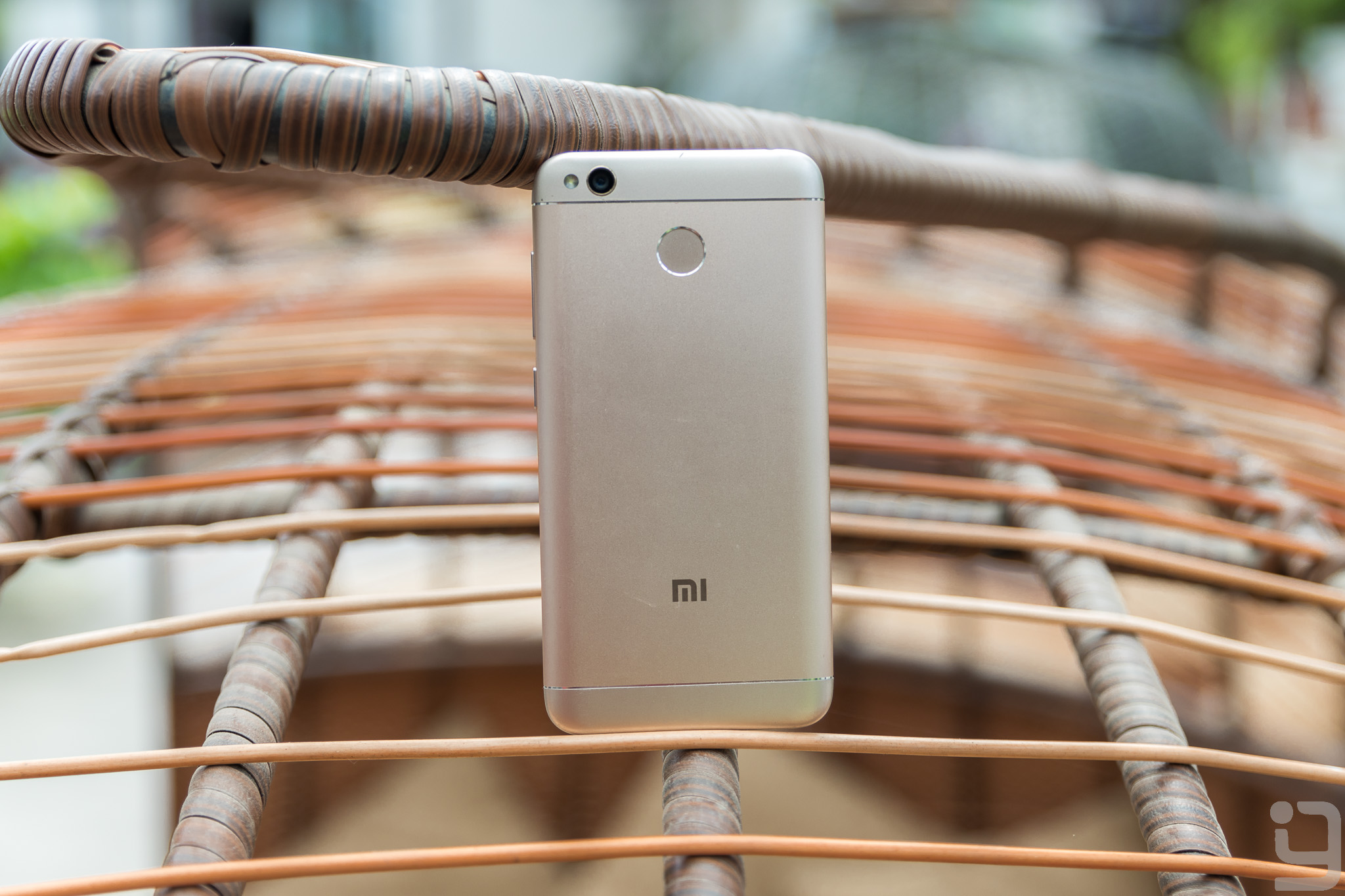 Undoubtedly, the best feature of the Xiaomi Redmi 4X is its battery. It houses a huge 4,100 mAh battery in a thin and light body. The screen-on-time of the device fluctuated at times. On average, I got around 5 – 6 hours of screen-on-time under heavy usage. My usage consisted of frequent gaming, internet browsing, calling and texting. If you are a moderate user, who doesn’t use their smartphone all the time, you should easily get around a day and half of battery life easily. However, before using the Redmi 4X as a primary device, I thought I would be getting more screen-on-time than what I actually got. 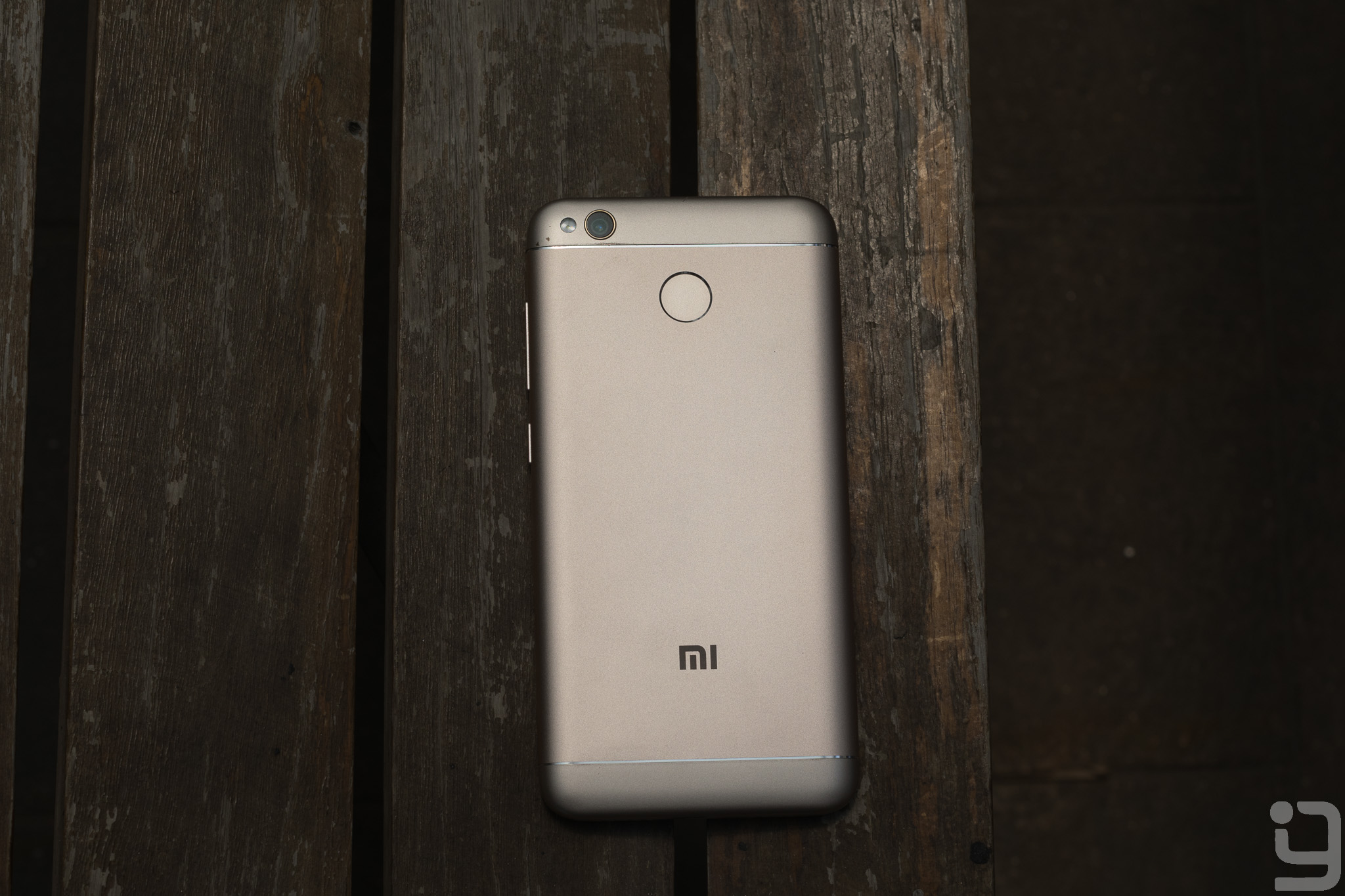 So, all in all, the Xiaomi Redmi 4X comes in a good-looking metal body and has a huge battery. It has quite a good display for the fact that it is of HD quality. I really liked its design and the inclusion of the IR sensor. But that doesn’t necessarily cover up the fact that the device isn’t a great multitasker. Playing high-end games or going through different apps isn’t its stronghold. So, if you are in the market for a device with a good design, display, and battery, the Xiaomi Redmi 4X could be your next device. But if performance is what you’re looking for, I suggest you look somewhere else.

If you weren’t impressed by the Xiaomi Redmi 4X, here are some other devices you can consider:

ZTE V7 LITE in a nutshell:

HUAWEI GR5 MINI in a nutshell: