Home Reviews Gionee A1 Lite Review: All About Selfies Gionee, a company known for having a super selfie camera and a super battery, has launched the sibling of the Gionee A1. It’s called the Gionee A1 Lite, which like its big brother, is also a selfie-oriented Smartphone. With Lite attached to its name, it certainly is a toned down version of the Gionee A1. So, how does the Gionee A1 lite fare when used as a daily driver? Let’s find out if this Rs. 25,999 phone is worth buying.

The highlight of the Gionee A1 Lite is its massive 20 MP front-facing camera which is backed by F2.0 aperture lens and a LED flash. It is absolutely amazing and captures selfies with sharp and rich detail, with little noise. Even in low light, the camera is decent enough to win everyone’s, heart. Surprisingly, it can captures selfies in dark environment without the need for the front LED flash. When turned on, the front flash illuminates the whole area.

The 13 MP primary camera on the A1 lite is based on Sony IMX sensor, which is marketed as a super camera phone. It offers 1.12-micron pixel size which is coupled with a f/2.0 lens. It also has a dual-tone LED flash and a phase detection for better and faster autofocus.

In terms of rear camera performance, the Gionee A1 produces decent results. The color reproduction is as good as high-end phones and the photos come out a bit washed out when the light is not ample and the dynamic range could have been better. Turning on HDR does help to some extent. However, I am satisfied with the rear camera performance and they are more than enough for the phone’s price range.

Both the front and the back camera record videos at 1080p with an anti-shaking feature that smoothly stabilizes the video.

Gionee A1 Lite is a stylish and a sleek-looking phone. The device’s internals is sandwiched between glass protection on the front and a smooth aluminum back. On the back, you get the fingerprint sensor right above Gionee’s Logo. A speaker grill can be found on the edge of the aluminum back. The phone is surprisingly light and gives a premium feel. However, the smoothness of the aluminum back has resulted in an extremely slippery device. 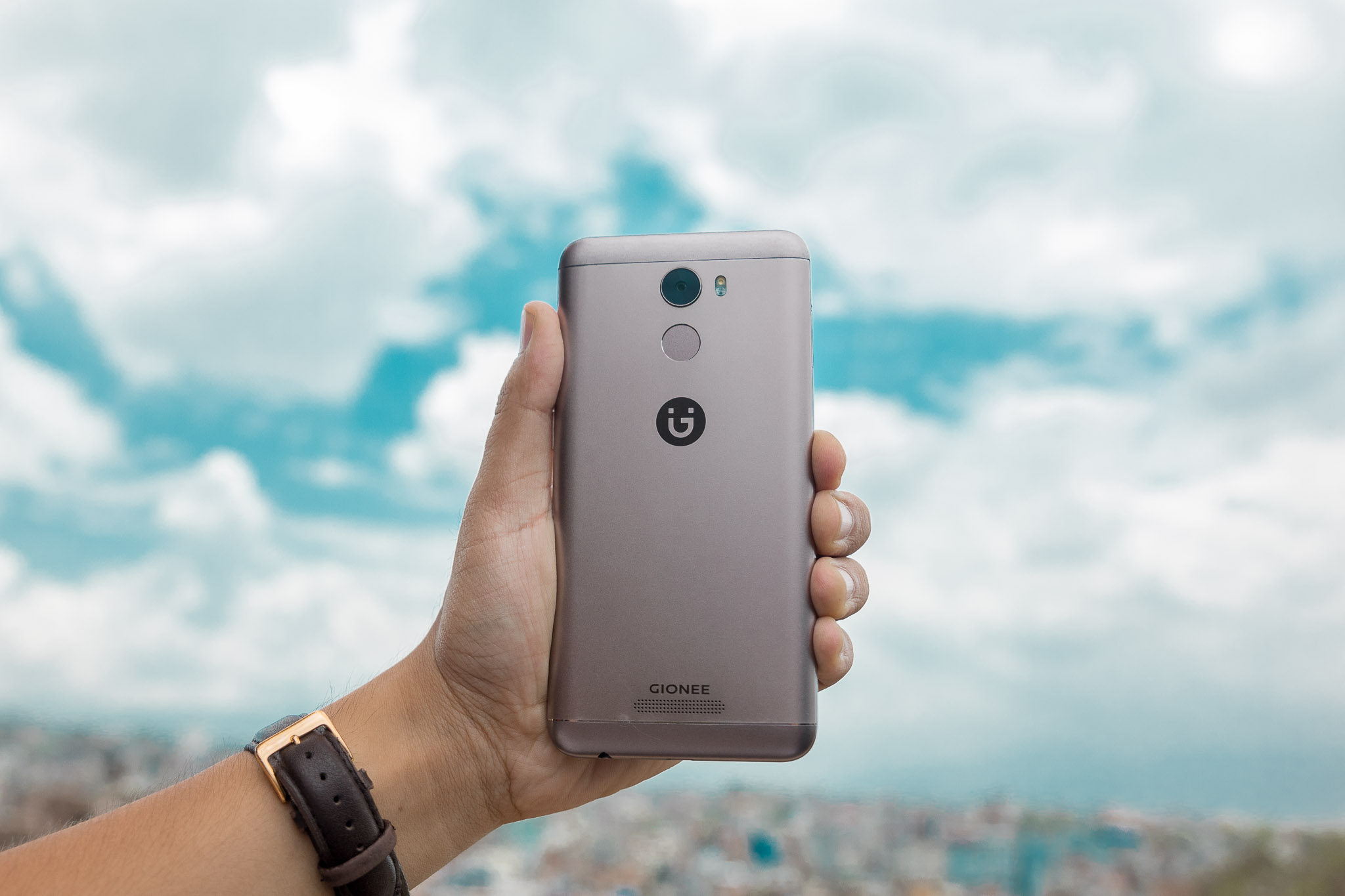 The earphone and the micro USB port are at the bottom of the device with the volume rocker and the power button on the right side of the screen. A SIM tray supporting dual SIMS and a microSD card slot sits on the left. The rear facing fingerprint is easy to set up and unlocks the phone very fast.

Gionee A1 comes with a 5.3-inch 720p HD IPS display and gorilla glass 3 protection. Even though the resolution is low for a large 5.3-inch display, the display here is a quality one. The color saturation is rich and its brightness level is sufficient for outdoor use. However, the glass panel is quite reflective in sunlight.

The Gionee A1 Lite is powered by an Octa-core MediaTek MT6753 processor clocked at 1.3 GHz. The processor could do its deed for normal users. But for power users like me, the processor underperforms. While multitasking, I experienced frequent lags. Sometimes the apps forced closed and the 3 GB of RAM came to no help.

The MALI GPU is best for mid-end games such as Gunship Battle, Real Racing and Clash of Clans. Having said that, the phone does heat up a lot during heavy usage. Even when recording 1080P videos for a longer period of time, the device gets heated. I guess this is the biggest drawback of the mediocre MediaTek processor.

Unlike the underperforming MediaTek processor and a low-resolution screen, the Gionee A1 Lite’s battery powers the device quite well. The phone is backed by a 4000 mAH battery, which is plenty for me. In regular use with 4G network enabled and Wi-Fi connected, I got around 6 and a half hours of screen-on-time. It took me a full day and 2 hours to drain the battery to 5%. All in all, it can easily last all day with normal or heavy usage. I wished the phone came equipped with quick charging capability to charge that massive 4000mAH battery. It would have been a treat to charge the phone in 1 to 1.5 hours.

Talking about its software, the Gionee A1 Lite runs on the latest Android 7.0 Nougat version with Amigo 4.0 UI on top. I really liked its simple yet elegant UI. There are a lot of features embedded on to the OS, but it rather felt cluttered. I actually had a hard time searching for the options manually. Also, the UI is buggy as the UI crashes frequently. I hope this gets fixed by future updates.

With Android 7.0 Nougat, you do get all the stock Nougat features. The split screen mode, quick reply from notifications and grouping of notifications of the same app are all embedded in the UI. The phone also supports different smart gestures with flash notification. Sadly, the Gionee A1’s edge bar functionality which is accessed by swiping on the fingerprint sensor to launch favorite apps and tasks is not included in this device.

To sum it all up, Gionee A1 Lite does live up to the tagline of ‘super selfie, super battery’. But if you’re looking for a device that delivers a good performance, this might not be the best phone for you. 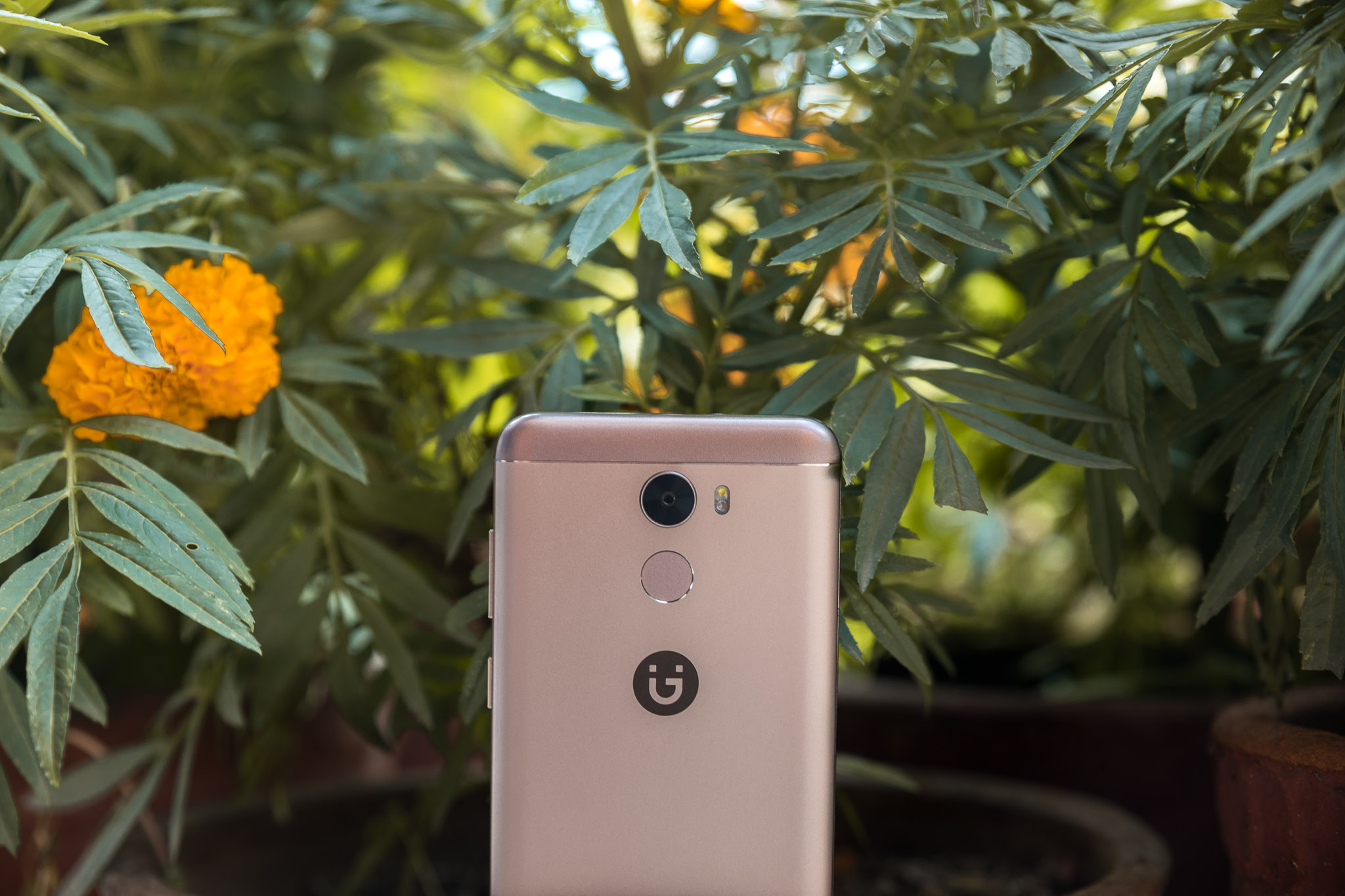 What do I like about the Gionee A1 Lite?

What I disliked about the Gionee A1 Lite?