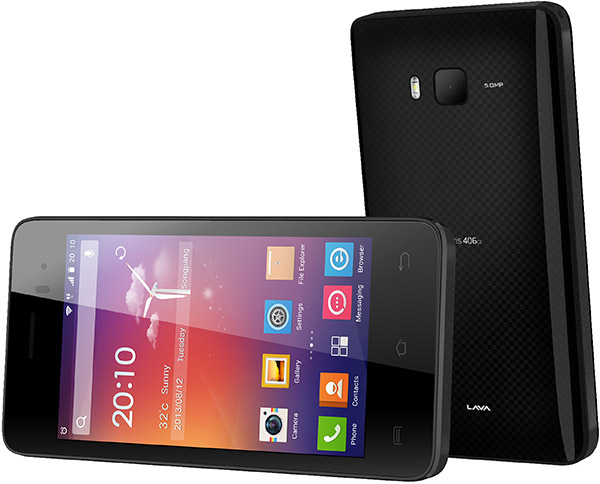 When it comes to buying a smartphone under 10K, you have to sacrifice a lot on the specs but Lava made it clear that this won’t be an issue. Under Rs.10000, you normally get a poor VGA screen, single core processor & a 256 MB of RAM but Lava launched a smartphone  “Iris 406q” that sports a 4-inch screen with powerful Snapdragon Quad-core processor and 1 GB of RAM for a price of INR 6500( NRP 10000). The benchmark score says it all about Lava Iris 406 Q. It scores 16488 in Antutu,8277 in Quadrant and 58.8 FPS in NenaMark2. It outperforms smartphones like S3 and Nexus 4!! WOW!! Because of Snapdragon 200 processor and Adreno 302 GPU, the performance will be smooth.We have a 4-inch display which might not be bigger for some users though. It packs a 1700 mAh battery which should do more than enough.We also have a 5MP shooter with LED flash. The camera performance is good considering its price tag.

WHEN WILL IT ARRIVE IN NEPAL?

CG digital is the official distributors of Lava mobiles and we have urged them to bring this wonderful device here in Nepal.We will inform you about the availability and the price as soon as possible.