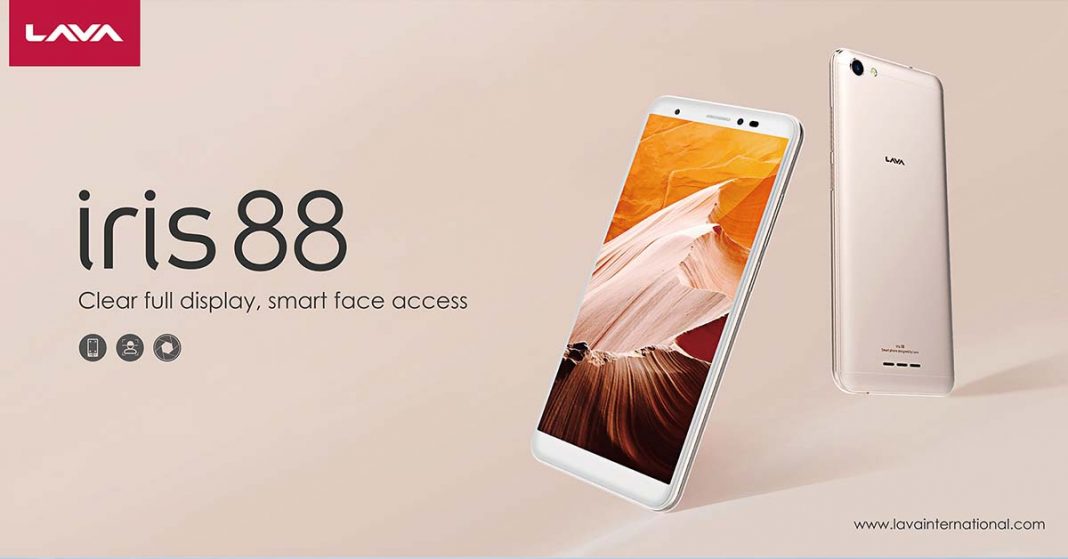 Lava phones may not be as popular as some other brands out there, but they still have a hold in the Nepali smartphone market. And the Lava Iris 88, the company’s phone which launched in the Nepali market back in June, got its price slashed. The phone which initially launched for Rs.14,290, and was available for Rs.13000 in recent times. And now, with another price slash of Rs.1000, it is now available for Rs. 11,999.

Being a budget phone, the specs of the phone may not impress you today. But for the money, we can say it packs decent specs. It features a 5.45″ HD+ display up front with 18:9 aspect ratio.

The phone sports an 8 MP camera at the back with Autofocus, LED Flash, and is capable of shooting portrait images. The front camera is a 5 MP sensor which also assists in Facial Unlock. Yes, even for a budget phone, this device has that feature. This phone is powered by MediaTek MT6739WW chipset and supported by 2 GB RAM. Also, it has an internal storage of 16 GB, and you can expand that up to 256 GB using a microSD card slot. This phone also packs a 3000 mAh battery.

So, for a super budget phone, you can say this is good enough specs, don’t you think? With this price, it can compete with the newly entered Xiaomi Redmi 6A as well. So, what are your thoughts on this super budget phone? Do let us know.