Home Lenovo Lenovo Yoga X – A tablet that doubles as a secondary screen! 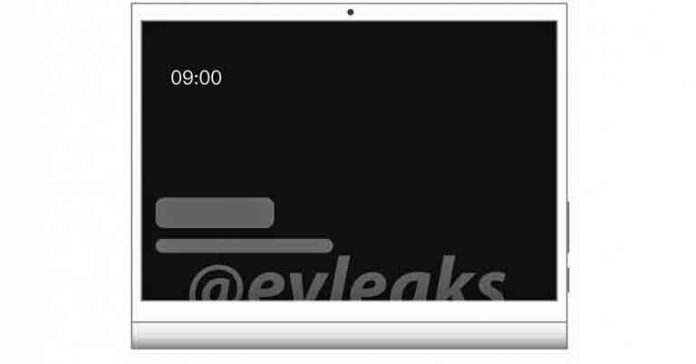 This year, Lenovo will step in the smartphone market with its first gaming phone under the Legion series. Available leaks have given enough reasons for the smartphone gaming community to get hyped. However, it won’t be the only stand-out Android device from the company this year. According to rumors, Lenovo is working on a tablet that doubles as a secondary screen. So, let’s check out all the rumors and leaks surrounding the upcoming Lenovo Yoga X.

Let’s be honest, there isn’t a lot going on the Android tablet market segment. The tablet market is dominated by Apple’s iPad lineup. However, Android tablets aren’t entirely dead. Brands like Samsung and Huawei are still launching new tablets. Similarly, Huawei’s sub-brand Honor also has its own lineup of tablets.

The leaks about the Lenovo Yoga X comes from two tipsters – Evan Blass and Till Kottmann. They discovered documents that outline the basic concept of the upcoming Yoga X. The documents label the tablet as “Android Tablet/AUX Dual Display Hybrid Wireframe“. Evan Blass shared some of the mockup designs of the tablet on his Patreon page.

Yoga X will be an Android tablet. But users will be able to use it as a secondary tablet as well. For the latter, it will come with a micro-HDMI cable. When the tablet discovers a connection, it will lock the tablet functionality securely via the user’s pin or password. It will also pause the ongoing media and the display will be overlayed with the content of the connected device. However, Yoga X will retain its brightness and volume levels. These settings can be checked at any time by touching anywhere on the screen. Even though the OS will be locked, users will be able to toggle these settings.

A trick from Apple’s book?

Though the idea looks promising, it isn’t an entirely new concept. Apple has already included a Sidecar feature on the iPad, that pretty much does the same.

The sidecar allows you to use your iPad as a secondary Mac display. However, it is limited to select Mac and iPad models. It’s a wireless process but results in faster battery drain as Bluetooth, Wi-Fi and Handoff need to be on throughout the process. Similarly, both the device must be connected to the same iCloud account.

There is no information about the launch date and availability of the Lenovo Yoga X. However, it could launch later this year.

First, we heard rumors about the Samsung Galaxy Tab S7 lineup to feature a 120Hz AMOLED screen. And now there is Lenovo Yoga X that doubles as a secondary screen. Are these tablets slowly closing gaps between Android tabs and iPads? Let us know your opinion in the comments section below.