Home LG LG has officially stepped out of the smartphone business Despite the underwhelming performance, LG gave its Mobile Communication (MC) division one more shot in 2020. It first released LG Velvet that came with a unique design and dual-screen accessories. Then, the company dared to experiment with LG Wing that came with a unique T-shaped form factor. And 2021 was supposed to be the year the company launched a rollable phone. However, we may never see it as LG has finally shut down its Mobile Communication division.

LG had been trying to revive its smartphone business for some while now. However, nothing worked in its favor. Once a prominent player in the market, LG’s smartphone division has been operating in losses for some time now. The company reported a loss of KRW 841.20 billion in just the fourth quarter of last quarter. To put it into context, the company has been suffering losses in the smartphone market for 23 consecutive quarters. 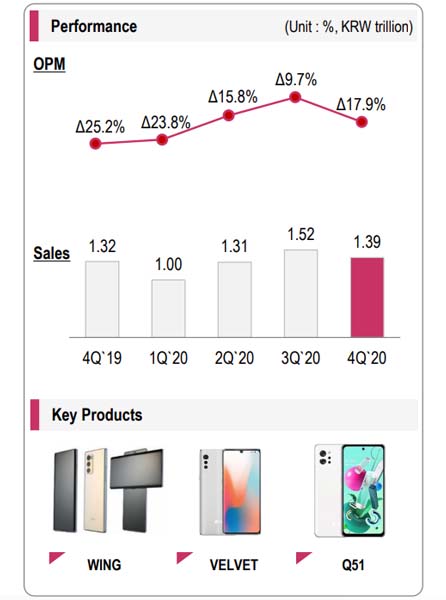 Earlier this year, South Korean media outlet The Elec reported that LG will be exiting the smartphone market which the head of Global Corporate Communications, Kenneth Hong claimed to be false. But, The Elec was right all along.

As per the financial report of Q4 2020, the company was looking for some new direction for its smartphone division. Selling the division altogether was an option but LG could not come to an agreement with any of the potential buyers. According to the reports, Bean Group, Google, Facebook, and Volkswagen were all in line but none of them made a compelling offer to LG.

The company even reportedly declined to license its name for ODMs (Original Design Manufacturer) to roll out products under the “LG” branding. Nokia is a prime example of this method. HDM Global, Flipkart, and RichGo use the Nokia brand name for smartphones, TV, and the Asian TWS market, respectively.

LG has now shut down its Mobile Communication business and the company made the announcement via an official press release.

As per the press release, LG will now shift its focus to electronics and batteries. Similarly, it also says that the company will be shifting over 4,000 employees from the MC to its home appliance. However, these future plans are yet to be confirmed by the company.

While the company won’t release any phones in the future, it has promised to provide after-sales services and repair parts for the existing phones. Availability of these services will depend on the life span of the individual product.

The company is also continuing software support for the existing phones. It will eventually roll out Android 11 OS updates for selected models. These phones may also receive Android 12 updates in the future.