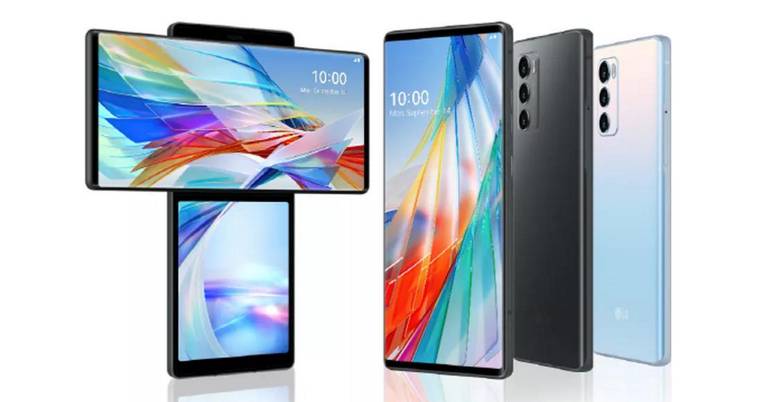 Traditional smartphones are no longer exciting these days no matter how powerful hardware it packs inside. There is a surge of public interest in foldables and other unique form factors. It’s almost like the renaissance period for the smartphone industry. Samsung and Huawei have had their shot at the foldable market which has been very well received too. And now, LG giving it a go as well. However, the LG Wing is nothing like other foldable smartphones in the market.

Instead of un/folding to reveal different screen sizes, the Wing swivels to the side for brand new smartphone experience. As a result, it reveals new avenues for how productive you can get from a phone. LG has also embedded a bunch of new features specifically making use of the new form factor. So, let’s take a closer look at the new LG Wing.

Like I said earlier, the Wing has a swiveling main display. Push it enough to the left, then you’ll uncover the smaller secondary display. Here, instead of widening the content playing area, LG has designed a smaller display to minimize the clutters by shifting most control functions into it. Under the appropriately named “Swivel” mode, you can either choose to use one app across two screens or two separate apps simultaneously too. Kinda reminds me of the Titans Tower, to be honest.

However, you can use it in other orientations too; the main display vertically shifted to either side, the secondary display on top of the main. With each orientation come different possibilities. The earliest leaked video of the LG Wing showed how the primary screen can be used for navigation purposes while the smaller display served as a media and call control center.

Furthermore, you can have the entire main display as a viewfinder when clicking photos or videos, with all the controls residing on the smaller screen. Similarly, play games on the bigger screen and stream it or interact with your audience on the other screen space. As of now, the number of apps supporting LG’s new swiveling mechanism is quite limited but developer support should gradually grow with time. Plus, the newly released Android 11 should make it easier to incorporate apps into this form factor with its native support for foldable devices.

One of the prime concerns luring with every new crazy smartphone form factor is durability. Since there are a lot of moving parts, these have a higher probability of getting damaged compared to regular smartphones. LG Wing incorporates a double lock structure for securing the primary display in place while its dual spring design and hydraulic damper ease the transition between swivels.

According to the company, the phone’s hinge can withstand at least 200,000 swivels, which is about 100 swivels per day for around 5 and a half years. Furthermore, it also has a water-repellent coating and anti-dust mechanism to prevent foreign objects from getting into the device. Having said that, LG hasn’t bothered to get an official IP certification. Finally, the phone is also MIL-STD-810G certified meaning it can handle harsh environmental conditions like shock, humidity, high temperature, etc. 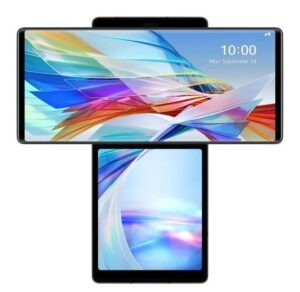 Getting to the display, the outer panel is a vibrant, tall 6.8-inches FHD+ OLED and a 20.5:9 aspect ratio. This “Flawless POLED FullVision” display has minimal bezels at the top and bottom so the viewing experience on the Wing is going to be close to cinematic. Similarly, you have the 3.9-inches GOLED secondary panel. Like how the new Samsung Galaxy Z Fold 2 and Microsoft Surface Duo let you create shortcuts for opening multiple apps at once, LG lets you do the same. There’s also a feature called “Grip Lock” that basically locks you away from using the secondary display under swivel mode.

LG has thoroughly utilized the Wing’s design for exceptional camera possibilities. First off, it has a dedicated 12MP ultrawide gimbal motion camera with “pro-grade stabilization” which does exactly as the name suggests. Using the native camera app under the swivel mode lets you explore the available options. For instance, under the “Gimbal Mode”, it lets you follow the subject using an on-screen joystick. On top of this, you can also use follow, pan follow, FPV, or lock mode for differently stabilized videos.

Besides this, there are two additional rear cameras comprising of a 64MP primary sensor and a 13MP ultrawide sensor with a 117° FOV. Adding to the moving parts on the phone is a motorized 32MP selfie camera. Interestingly, LG Wing also has a “Dual Recording” feature that lets you shoot videos from both front and rear cameras at once. One can either monitor the shots side-by-side, in a PiP (Picture in Picture), or split-screen mode. 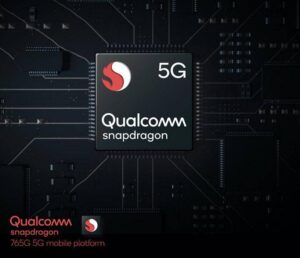 Powering the LG Wing is Qualcomm’s Snapdragon 765G. It has been the go-to upper mid-range chipset for smartphone manufacturers as it balances great performance with native 5G connectivity. Thanks to its integrated Snapdragon X52 5G modem, the 765G supports both sub-6GHz and mmWave 5G spectrum. This chipset has been paired with 8GB of RAM and up to 256GB of expandable internal storage.

Getting to the battery, the phone features a moderate 4000 mAh cell with support for Quick Charge 4+ and wireless charging. Considering the extent of Wing’s two displays and LG’s decision to stick to the regular 60Hz refresh rate, the battery should last well enough although power users may struggle to get through a day.

As of now, LG has stayed shush regarding the price and availability of the Wing. However, we do know that the phone will first be available in the US through Verizon, T-Mobile, and AT&T. If a report from XDA Developers is to be believed, LG Wing may end up retailing for around $1000.