Mobile Gaming has been on the rise for a few years now. With phones becoming powerful, the games that you can play on them are also amping up. And according to an App Annie and IDC report, the spending on mobile gaming was 2.3 times higher than that of the spending on PC and Mac combined. Mobile gamers are always on the lookout for devices that will complement their gaming experience. So, it’s not surprising that this has led to the rise in the sales of gaming phones.

Though on the rise, gaming phones, don’t receive separate treatment. The chips they use are the same as on regular devices. Gaming phones tackle this by using different cooling systems and software enhancements, too. However, MediaTek is going a step further. They released a poster teasing the announcement of the MediaTek Helio G90 chipset.

With Qualcomm announcing its Snapdragon 855 Plus exclusively for gaming phones, it was only a matter of time before someone else joined the game. And MediaTek did just that. The Helio G90 will be the first dedicated gaming chipset from MediaTek. 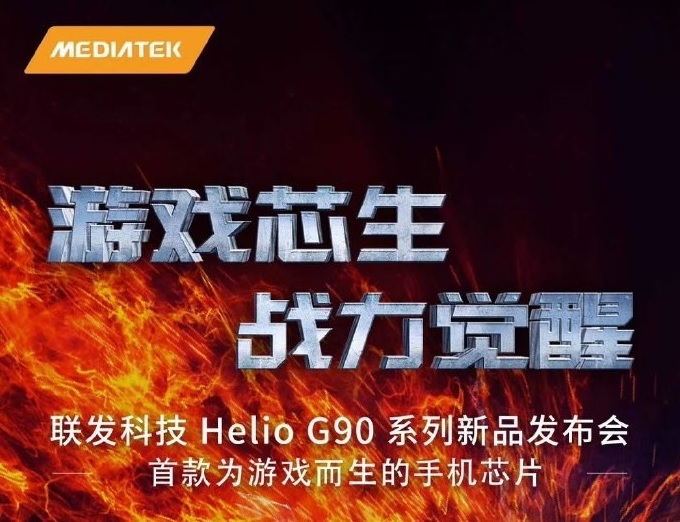 Though the teaser poster does not reveal much, we can speculate that the G90 will be based on Helio P90. The latter mentioned processor uses octa-core CPU (two Cortex A75 cores and 6 Cortex A55 cores). Along with that, it offers Imagination Technologies’ IMG 9XM – HP8 GPU, an AI accelerator and an APU.

However, if MediaTek hopes to compete against its competitors, it will have to provide a better GPU. Qualcomm currently leads the race in that category as its Adreno GPUs’ are the best of the lot. But MediaTek could still provide a tough competition by using ARM’s new Mali-G76 or G77 graphics core.

Traditionally much cheaper than Qualcomm processors, it wouldn’t be surprising to see MediaTek aim for the budget sector for its Helio G90. This new processor could actually be for mid-range and budget gaming phones so that those phones don’t cost you an arm and a leg. Since it will launch on July 30, we’ll have to wait and see what MediaTek will actually offer.