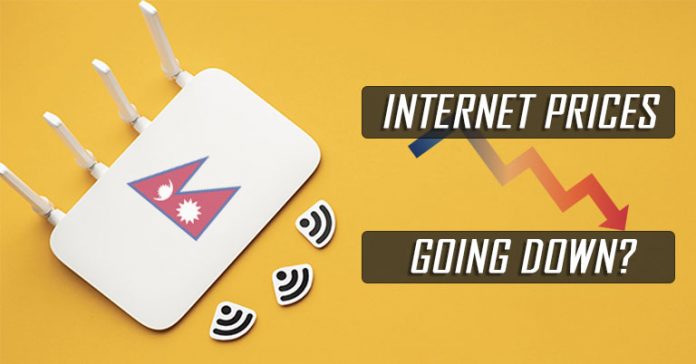 Nepalese have long complained about the price of internet in the country, be it broadband or mobile data. The rise of CG Net gave a big sigh of relief. However, the company’s slow expansion has been a matter of night terrors for many. In the midst of all of this, the Nepal government is planning to reduce internet prices in the country.

The government is planning to reduce the price of the internet to make it more accessible for consumers. Dr. Baikuntha Aryal, Chief of the Ministry of Communication and Information Technology (MoCIT), stated at an event that plans have been made to lower service fees and give inexpensive internet to all.

He noted, “We are studying whether mobile data or Wi-Fi can have reduced charges”.

According to him, both the government and private service providers will work together to reduce fees and expand access. Nepal Telecommunications Authority (NTA), on the other hand, intends to decrease the country’s internet price to 2% per capita.

According to the current broadband policy, internet costs should be 5% of the country’s per capita income. Joining forces, the International Telecommunication Union (ITU) has proposed lowering the cost of internet access to 2% of per capita GDP by 2025. As a result, NTA has begun the process, and policy change is currently underway.

At a time where the internet is more of a need than a luxury, the government’s efforts to reduce charges are noteworthy. We sincerely hope that the idea will soon become a reality, and Nepalese will be able to enjoy cheaper internet rates.