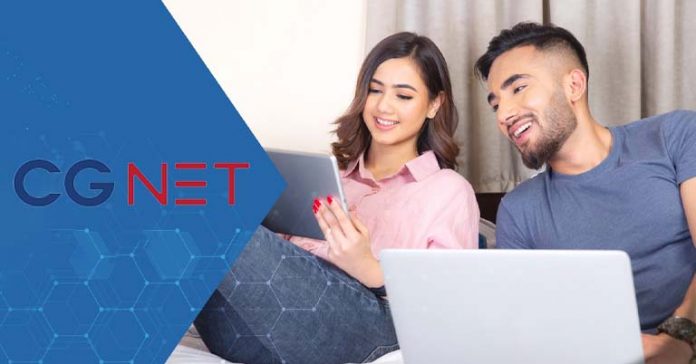 As per ITU’s 2019/20 report, Nepalese are paying up to 1.81% of their PCI (Per Capita Income) on voice and data plans. It is among the most expensive in South Asia, second only to Afghanistan. No wonder when Binod Chaudhary promised free voice calls and data at half the price, it was pandemonium. However, having failed to acquire a unified license from the government, the company has now shifted its focus to cable internet. In this post, we have outlined the internet plans, price, and availability of CG Net fiber connections.

CG Net is a service by CG Communications Limited, which is one of the 112 companies that are part of CG Corp Global. With the slogan “Speed that Matters”, CG Net has been claiming to offer fast internet at affordable rates for the consumers, and it is finally here. The company has just released the pricing for home-based plans.

Keeping the fast internet promise, CG Net is providing 120Mbps plans to its customers—which is the highest bandwidth internet available to residential users in Nepal. Until this, the crown was jointly held by Vianet and Classic Tech‘s 100Mbps internet plans. In the table below, we have compared CG Net’s 120Mbps internet plans with the highest-bandwidth plans from other ISPs.

CG Net’s 120Mbps plan isn’t only cheaper, but the company is also providing flexibility to subscribe to monthly, quarterly, bi-annual, or annual plans. You do not get that from the premium offerings from the other two ISPs.

Let’s take a look at the one-time installation charge as well.

CG Net is not taking any charge for installation and drop wire for any of the plans, but you will have to pay for routers. There is no additional cost for a dual-band router in the yearly plan though. To compare, Vianet currently charges NPR 3,100 for its 5GHz Wi-Fi add-on while Worldlink offers it for free.

That being said, CG Net does not cover a lot of areas—for now. The ISP is currently providing services around Jawalakhel, Jhamsikhel, and Harihar Bhawan area. But that is to be expected from a company as young as CG Net. Thankfully, it plans to expand to all three districts in Kathmandu Valley within a year. CG Net’s head office is located at Trade Tower Business Center in Thapathali.

But unlike other major ISPs, CG Net has not bundled IPTV service with its internet subscription in the initial stage. However, we expect the company to be working on that too. Another thing to look out for is customer service. We will have to see how well it is able to handle the sure-shot influx of subscribers. You can inquire about CG Net installation by visiting this link.

Nepal Telecommunication Authority has been declining the unified license to CG Telecom citing that the company has not completed all of the legal procedures. The problem here is the license fee. NTA is asking CG Telecom to pay NPR 20 billion in advance for the license. However, the latter wants to pay it in installments claiming that the Doorsanchaar Ain allows it to do so.

Despite all the controversies, CG Telecom has already invested heavily in the sector. The company entered the scene in 2013 with the acquisition of a rural telecom operator. They have even announced partnerships with companies like Life Cell (Turkey) and Huawei. It has also been compared to India’s Jio because it promises to provide free voice service and internet data at half the price.

So, what do you think of CG’s entry into the ISP market with CG Net? Are you willing to switch to it when it becomes available in your region?