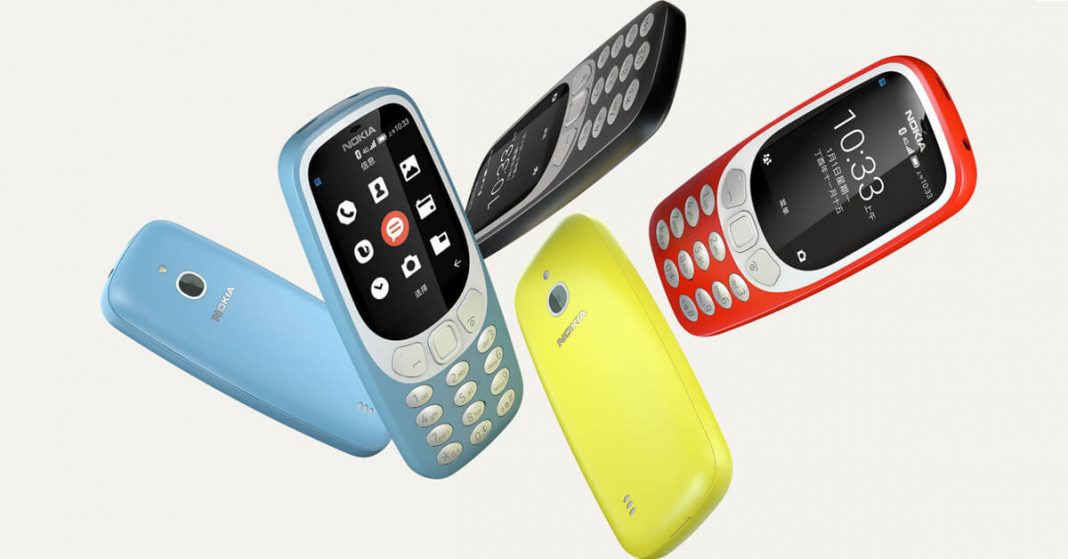 Who could forget the iconic Nokia 3310 mobile, which is one of the bestselling mobiles of all times? Last year, HMD Global revamped the mobile and brought it to the mobile world as Nokia 3310 2017. The same sturdy design and the inbuilt snake game brought nostalgia to its users. However, the mobile failed to please its users since it lacked the features that are considered indispensable these days. Reconsidering the concept, the HMD Global has now brought the Nokia 3310 4G. As the name suggests, the device will be able to function on a 4G bandwidth. The compatibility for 4G connectivity has been the major upgrade in the phone. And there are few other enhanced parameters in terms of specifications.

With the 4G connectivity (VoLTE & LTE) prevailing all around the globe, different countries had discontinued the older 2G connectivity. Last year, when HMD Global brought the modern Nokia 3310, everyone got perplexed because the cellular connectivity in the device was limited to 2G. The absence of Wi-Fi connectivity option was another letdown. So, this time around, the brand has stepped up with some praiseworthy upgrades that would fit in the crowd of smartphone lovers to some extent.

Wrapped in a polycarbonate body, the phone comes with the same design language. The presence of polycarbonate body has made the device remarkably light; however, it has not compromised with the sturdiness. In terms of display, Nokia 3310 4G possesses a screen size of 2.4-inch embracing 240 x 320 pixels resolution.

Nokia 3310 2017 had 16MB of internal storage and performing the tasks in the device was pretty hectic. Running out of memory space was the major issue in the device and the use of SD card was mandatory. But in the 4G variant, there is onboard storage of 512MB and 256MB RAM. So playing with the device does not require worrying about the storage in quick succession.

And talking about the operating system, the new 4G variant is injected with the YunOS, which is a forked version of Android built by China’s Alibaba. Along with the inbuilt snake game, the Nokia 3310 4G is also supposed to come preloaded with an MP3 player.

In terms of connectivity, Nokia 3310 4G has received loads of upgrades to its predecessor. 4G connectivity is the most remarkable addition to the device. On the top of that, there is Wi-Fi connectivity option. So unlike the 2017 variant, the users do not need to spend the SIM card balance to surf the internet in the Wi-Fi zone. Furthermore, the newbie has welcomed Bluetooth 4.0 bidding farewell to the older Bluetooth 3.0.

Despite the numerous enhancements, the newbie didn’t receive any upgrades and enrichment in the camera department. The phone comes with the same 2MP camera on the back with LED flash on its proximity. The device comes in two color variants: Fresh Blue and Deep Black. Further, it is packed with a 1200mAh removable battery, which promises 8 hours of talk time. The device has only been announced in China as of now. The pricing and the global availability of the device will probably be disclosed in Mobile World Congress (MWC 2018).