Freeing itself from the clutches of Microsoft, Nokia made a resurrection in the smartphone industry taking the side of Android OS. Resuscitated by HMD Global, Nokia brought its first Android phone as Nokia 6, which had been a huge hit in China with the demand exceeding several times than the production.

Nokia 6 is due to be launched in Nepal along with Nokia 3 and Nokia 5. However, the revived Nokia made its first entrance in Nepal with Nokia 3310 (2017), which is the revamped version of old Nokia 3310. I have been using this device for a week now. In this article, I will be sharing my experience and thoughts with you regarding this revamped Nokia 3310. But before making a start, let me list out its specifications.

Nokia 3310 (2017) comes weighing a mere mass of 80 grams. In the design prospect, it is seemingly familiar with older Nokia 3310. However, the device is contoured to a weird shape, and the thickness has been squeezed. An addition to the newbie will be a 2MP camera and a LED flash on the rear panel. The speaker of the phone resides near to the camera, which outputs fairly loud and clear sound. Though the phone is blanketed inside a plastic casing, the phone has strong resistance to scratches and deformations during the falls.

Because of the presence of keypad, the screen of Nokia 3310 (2017) is dedicated only for the displays but has nothing extravagant. The 2.4-inch display merely has QVGA compatibility. The pixel density of 167 PPI is fairly poor for the phone having a price tag of Rs. 5,250. Despite the mediocre display, the phone has a tough screen protector. Nokia 3310 (2017) embraces Nokia Series 30+ OS placing itself on the retro phone category. Though the software seems obsolete, it is fairly easy to use. It comes with a variety of basic apps and navigating them does not invite troubles. On clicking the menu button, the functionality of the device pops up in the form of apps like Call Logs, Contacts, Photos, Internet, Messaging, Snake, Mobile Store, My Apps, Camera, Apps and Games, Music, Weather, Radio, Videos, Settings, Notes, Calendar, Calculator, Alarm Clock, Extras, Files, Voice Recorder and Counters. Though the phone has revived the beloved classic Snake game, it is heavily revamped and is no more like the one found in Nokia classics. The device boots up quickly and the performance too is snappy. I experienced no lags or stutters on my use. Since the phone does not have much of functionality, performance alone cannot be considered the guiding factor to call Nokia 3310 (2017) superior. 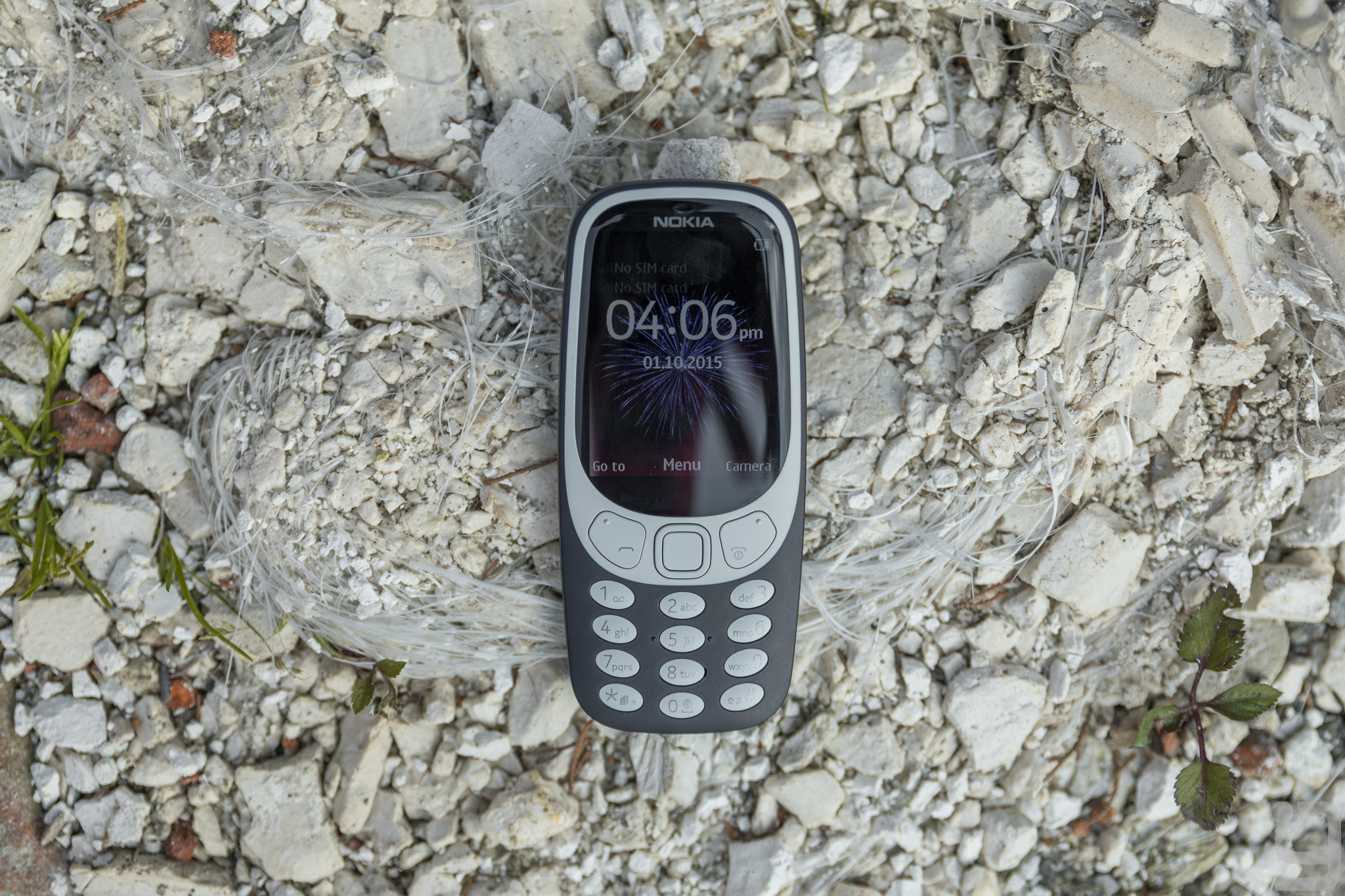 For the connectivity, the phone has Dual-SIM compatibility, Bluetooth 3.0, FM Radio, and web surfing. For web browsing, there is a pre-installed opera mini app, yet, the absence of Wi-Fi on the phone obliges the user to spend phone balance for the sluggish 2.5G connectivity. 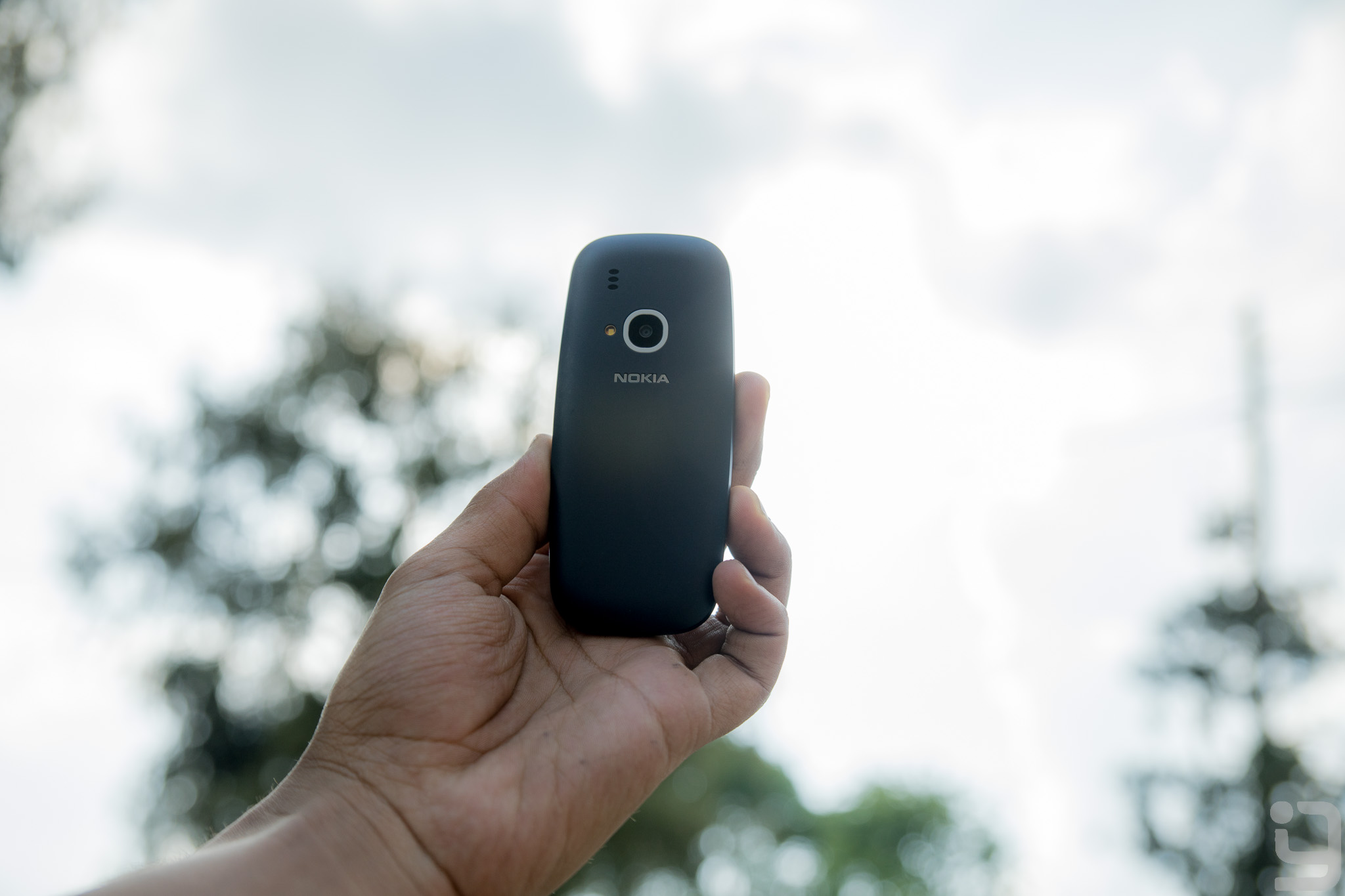 The battery capacity of 1200 mAh is a whopping amount for Nokia 3310 (2017) since it aids in providing 22-hour talk-time and a month long standby backup. So in the electricity-deprived zones, this device finds its scope and can also be used as a backup phone. 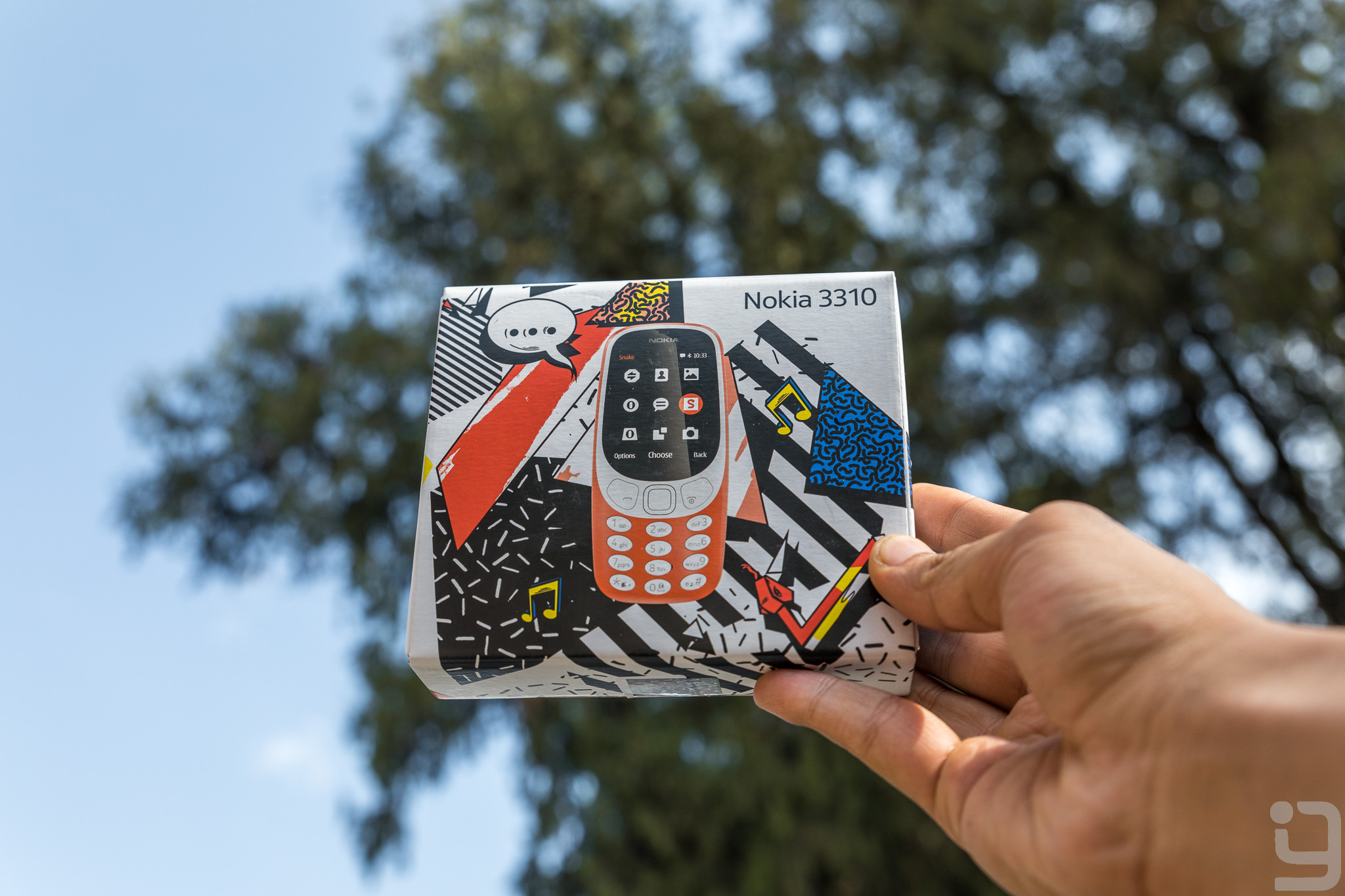 Since Nokia 3310 (2017) is a feature phone, there are no such features that could excite the users who are used to with the smartphones. The phone finds its scope in taking and viewing photos, playing videos and music. But the presence of trivial 16 MB internal memory is not sufficient enough to perform such tasks and seeks SDcard.

These days people have communication mostly through the means of social media. Since Nokia 3310 (2017) does not seem friendly for the use of social media, on the contrary to the Nokia’s slogan “Connecting people,” I would like to call this device a means to disconnect people. So this device could be handy for the people who seeks to get rehabilitated from the addiction of social media and smartphones. The phone certainly has a pre-installed Snake game and the epic Nokia tone. But for the price of Rs. 5,250, I found no selling factor on the phone. So in my opinion, Nokia might have used nostalgia as the main marketing gimmick to sell the phone.

To sum it up, except for the people who have trouble using touch-screen phones, Nokia 3310 (2017) does not seem to satisfy the users. Also, the feature phones with similar features are currently available around one-third the price of the Nokia 3310 (2017). So, I do not consider it witty to spend so much of your hard-earned money just for the sake of the brand name. Choosing a mediocre entry-level smartphone for the same price rather seems a better decision in my opinion. What are your thoughts on Nokia 3310 (2017)? Let us know in the comment section.