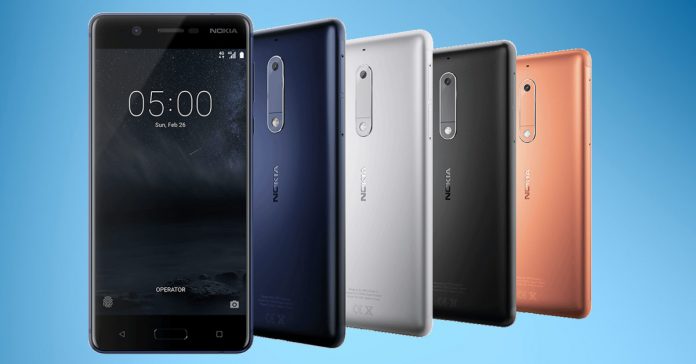 After the revival of Nokia by HMD Global, the brand start to gain its original glory, which seemed lost when it adopted Windows OS on the system. And after the revitalization, Nokia 5 was one of the handsets that gained a lot of affection from the fan base. The same beloved Nokia 5 has received price drop in Nepal ahead of the Nepali New Year. The price drop has been effective from April 4, 2018.

Over the years, Nokia had quite earned goodwill for its sturdy handsets. And the same can be seen when the Nokia 5 is looked into its design and construction. The handset comes with the 5.2-inch display. The size of the display feels just right on the use; neither too big nor too small. And shielded with the Gorilla Glass, the display is quite resistant to cracks and scratches.

Powering the device is a Qualcomm Snapdragon 430 chipset paired along with 2GB of RAM. On the storage front, the smartphone carries 16GB inbuilt memory. In case of insufficiency, the onboard storage can be expanded up to 128GB via SD card.

In terms of software, the Nokia 5 is gifted with a stock version of Android Nougat on its system. This unadulterated Android OS is not just free from bloatwares but also has been promised with the regular software updates from Google. Talking about the camera, the smartphone enjoys a 13MP sensor on the back and there is 8MP sensor up front for the selfies.

The Nokia 5 is also quite rich in terms of sensors. The handset includes all the primary sensors like Fingerprint sensor, accelerometer, gyro, proximity, and compass sensor. The device comes with 3000mAh battery to supply the power juice.