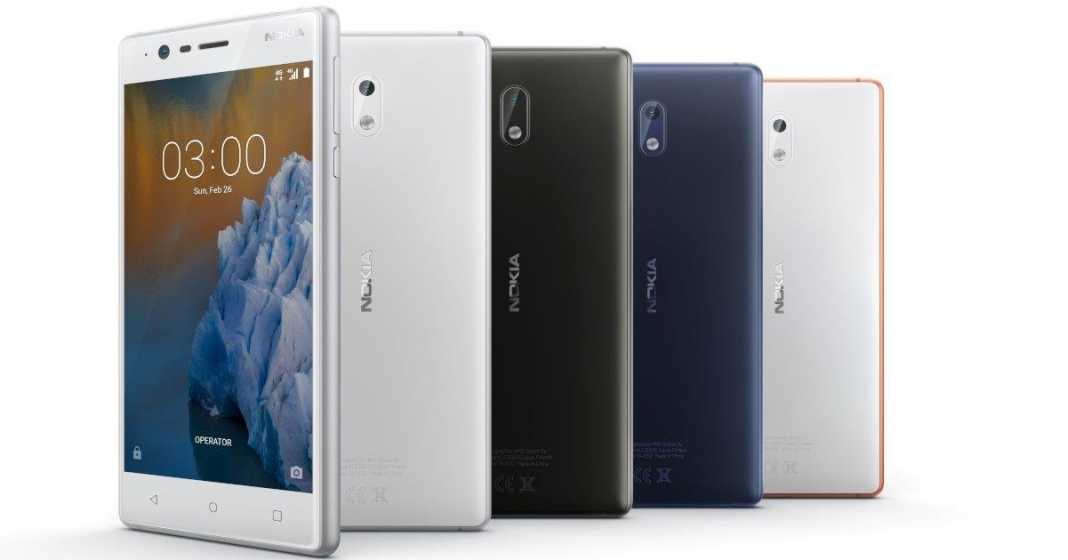 After much anticipation, HMD Global finally unveiled new Nokia smartphones at MWC 2017. At an event in Barcelona, the Finnish company revealed Nokia 6, Nokia 5 and Nokia 3. These smartphones run on the Android operating system which Nokia claimed will be pure and without any bloatware.

[Update: Nokia Smartphones is now available in Nepal. Find the price of Nokia mobiles in Nepal in the article down below]

While most had anticipated a flagship Nokia device, HMD Global rather revealed mid-range smartphones. Oh, and how can I forget the revamped Nokia 3310 which was unveiled right at the end, a move which surprised all who were watching the event. I should also mention that our beloved Snake game can now be downloaded on Facebook Messenger.

While most of us are really excited at the Android-powered Nokia phones, this move by HMD Global is still a risk considering how saturated the smartphone market is getting and the way Chinese manufacturers are growing at an exponential rate. But the company believes they can fight off these competitions through their seamless designs, the pure and secure Android software and a powerful build.

Launched exclusively in China last month, the Nokia 6 made headlines for being sold out in under a minute. And why would it not? The smartphone features a great design with seamless edges. It is made out of a single block of aluminum. The handset is finally going to be sold globally in Q2.

Specs wise, the Nokia 6 has a 5.5-inch IPS LCD display with the resolution of 1080 x 1920 pixels (403 ppi). The display is covered by Corning Gorilla Glass 3. Underneath the hood, it comes with an Octa-core Qualcomm Snapdragon 430 processor. It is aided by 3GB of RAM (4GB in Arte Black version), Adreno 505 GPU. The 32GB (64GB in Arte Black version) of storage it comes with can be expanded up to 128GB via a microSD card slot. Optics-wise, the Nokia 6 houses a 16-megapixel rear-facing camera with f/2.0 aperture and dual tone LED flash. On the front, there is an 8-megapixel camera with f/2.0 aperture.

Like the officials at Nokia emphasized on, the device comes with a pure version of Android 7.1.1 Nougat. It will also feature Google Assistant. The device houses dual SIM slots and a front-mounted fingerprint scanner. All of this is backed up by a non-removable 3000 mAh Li-Ion battery that can be fast charged. The matte black, silver, copper and blue variants of the Nokia 6 will be priced at $242 while the Arte Black variant will be priced at $315.

Here’s all you need to know about the Nokia 6:

The second smartphone that was showcased today was the Nokia 5. It is the compact version of the Nokia 6. It comes with a smaller 5.2-inch IPS LCD display with the resolution of 720 x 1280 pixels. It is covered in Gorilla Glass that ends in a 2.5D curved body. Just like the Nokia 6, the Nokia 5 also is made of a single block of aluminum. It runs on Android 7.1.1 Nougat and comes with Google Assistant. It is powered by Qualcomm Snapdragon 430 SoC. The processor is coupled with 2GB of RAM. For the photography lovers, the Nokia 5 is equipped with a 13-megapixel rear-facing and an 8-megapixel front facing cameras. Storage wise, it has 16GB of onboard storage that can be expanded up to 128GB. The device is backed by a 3000 mAh battery. When shipped, it will run you $199.

Here’s all you need to know about the Nokia 5:

The lowest-end of the trio of smartphones revealed today, the Nokia 3 sports a decent design. It has a 5-inch 720p IPS LCD display. Like the Nokia 6 and 5, it too ends in a 2.5D Corning Gorilla Glass. But it lacks the aluminum back and instead features a polycarbonate back. The Nokia 3 ships with a Quad-core MediaTek 6737 processor with the clock speed of 1.3GHz. It features 2GB of RAM and 16GB of internal memory with an option to expand it up to 128GB. The device houses 8-megapixel primary and secondary cameras, both with f/2.0 aperture. A 2650 mAh battery runs the show. It will be priced at $147 when made available in Q2.

Here’s everything you need to know about the Nokia 3: