Home Nothing Nothing phone (1) hopes to breathe fresh air to the “sleepy smartphone... 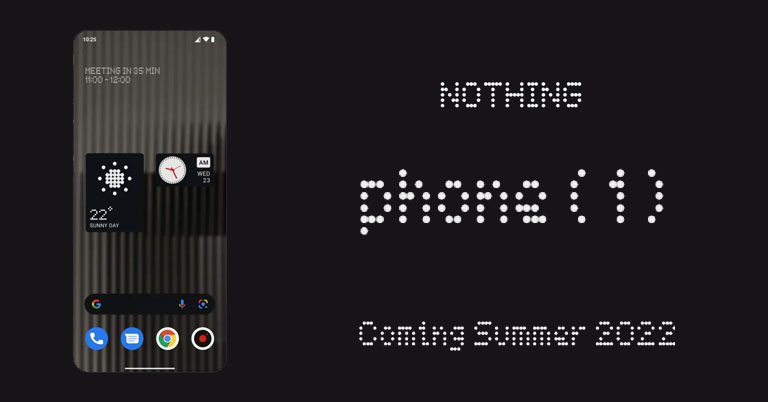 Carl Pei’s Nothing held “The Truth” event yesterday to share the company’s plans for the future. After teasing it for months, Nothing finally confirmed that it is working on a smartphone. The upcoming Nothing phone (1) will bring a custom Android skin called “Nothing OS” and will be a key component in the company’s overall product ecosystem, as envisioned by Carl Pei and the team.

As of now, the actual hardware specs of the phone are still a mystery. Nothing did confirm that it will pack a Snapdragon chipset from Qualcomm, as previously hinted by Pei’s cryptic tweets. However, it is not clear which processor it is going with as Qualcomm’s product portfolio is a large one and is ever-growing.

But given the company’s ambitions, it’s fair to assume that phone (1) will house the flagship Snapdragon 8 Gen 1 or 8 Gen 1 Plus chip with some customization. In addition, Nothing is partnering with companies like Samsung, Visionox, and Sony for other components. 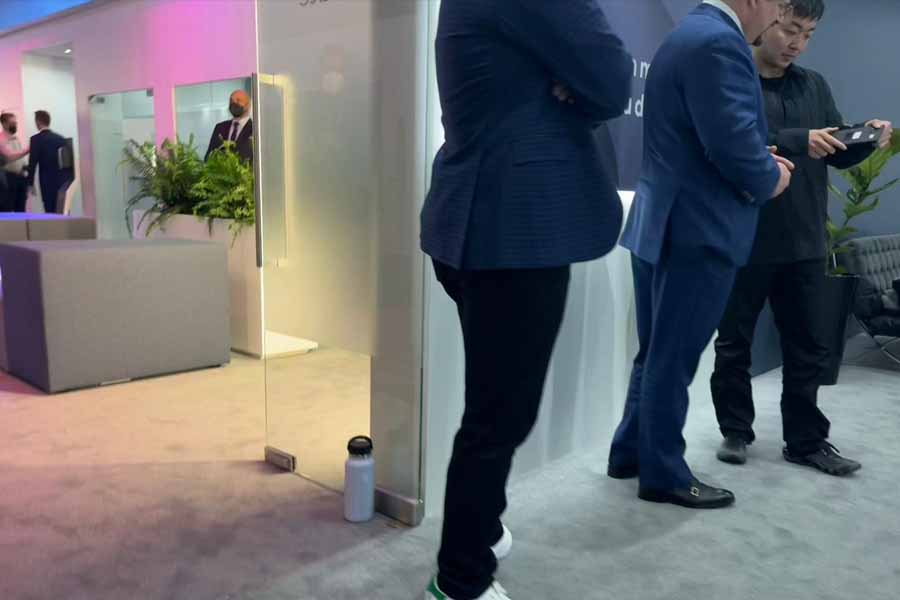 It has been assumed that some portion of the back—if not all—of the Nothing phone (1) will be transparent, allowing users to peek into the internal components. The company had taken a similar approach with its TWS earbuds as well.

While the transparent cover for the ear (1) was quite unconventional, it is not as unique in the smartphone arena since companies like Xiaomi and Nubia have already tried this formula. Then again, such design choices haven’t really wooed the mainstream audience, which is why manufacturers come out with only a small batch of transparent phones. 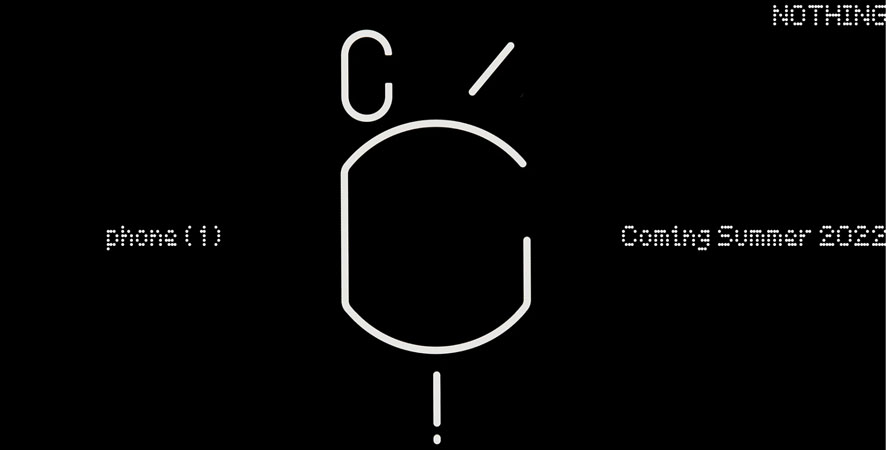 So, Nothing needs to have some tricks up its sleeves to come with an even more interesting design. The cryptic image (pictured above) revealed in yesterday’s event does leave things up for speculation.

For instance, the C-shaped outline on the top left seems to be a camera housing while the larger outline in the center depicts a wireless charging coil. The (!) exclamation-like silhouette on the bottom can be interpreted as the phone’s wired charging capability. Finally, the (/) forward slash marking on the top right might have something to do with antennas.

Talking to The Verge, Carl Pei revealed that Nothing will try to emulate Dyson’s singularity-focused design. He has even convinced Dyson’s former design head, Adam Bates, to lead the design at Nothing. He will be working together with Jesper Kouthoofd and Tom Howard.

One of the biggest takeaways from yesterday’s event was “Nothing OS”. This software will be a crucial part of Nothing phone (1), whereas the company has promised 3 major OS updates and an additional year of security patches too.

In its official release, Nothing describes its custom Android skin as a pure form of Android with only the “essentials”. The company will focus on delivering a fast, smooth, and personal experience. Nothing OS even incorporates the dot-matrix design that you see on the company’s logo. 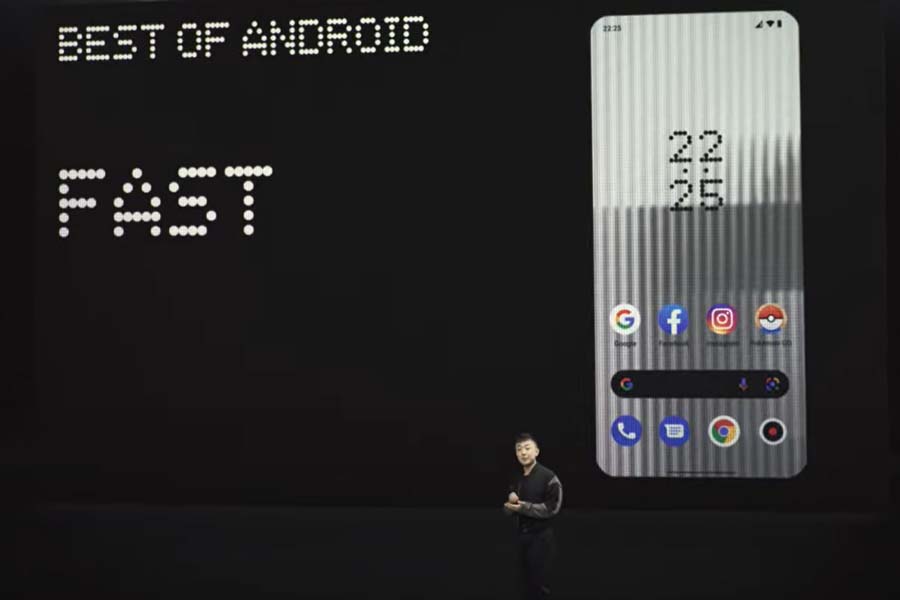 phone (1) will be Nothing’s second device after the ear (1) TWS earbuds. However, we expect the company to grow its product portfolio in the future to align with its vision of the Nothing ecosystem that it plans to rival with Apple.

The proposed ecosystem will have Nothing’s product at the core. Likewise, it will also have support for popular third-party products and services with all the controls built right into the phone (1) and other subsequent releases. Carl Pei has also expressed his desire to blur the boundary between Nothing and its consumers. 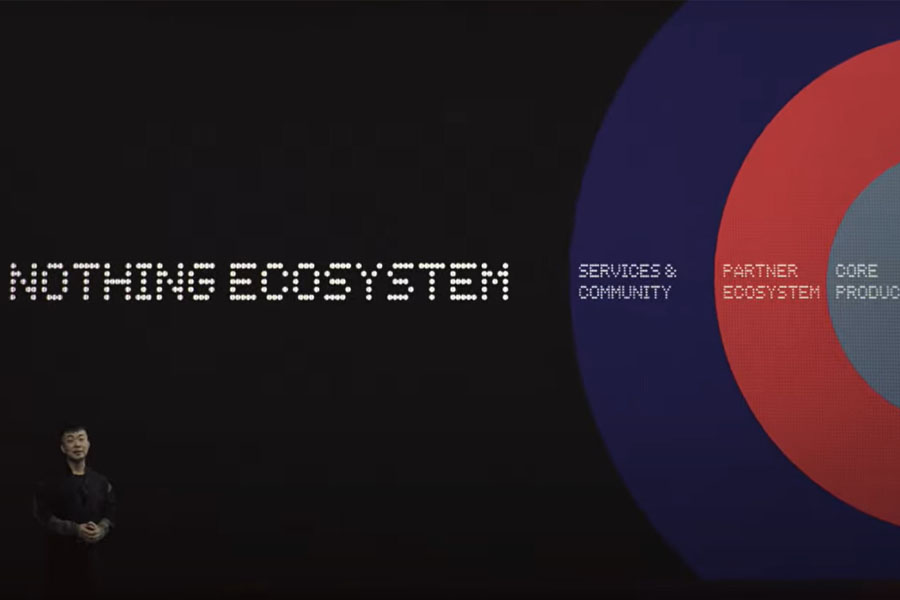 Nothing phone (1), Nothing OS Launch Date

While Nothing has not given any specific date, it plans to launch the phone (1) in the Summer of 2022 (June – August). Likewise, the first preview of the Nothing OS Launcher will be available for select smartphones in April.