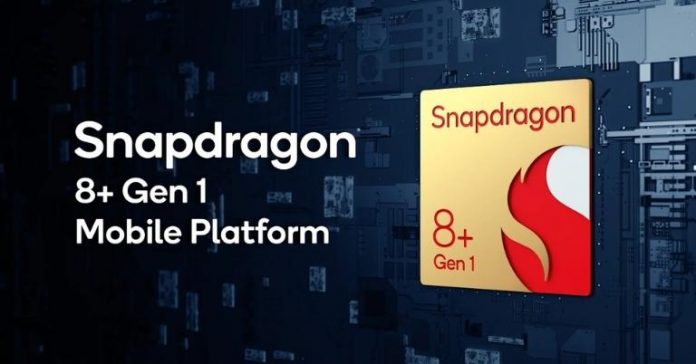 Qualcomm’s Snapdragon 8+ Gen 1 is a mid-year refresh of the regular 8 Gen 1, which has been the go-to chip for flagship Android phones this year. Qualcomm reference numbers show respectable gains over the 8 Gen 1 and MediaTek Dimensity 9000. The brand aims to solve the heat and power usage issues rampant in the 8 Gen 1. So, let’s see what improvements it brings to the table.

Qualcomm has abandoned Samsung’s 4nm process in favor of TSMC‘s more energy-efficient 4nm process. While it retains the same octa-core architecture, changes have been made to improve performance.

Because of the overclocked Cortex X2 core (based on ARMv9 architecture), which is now clocked at 3.20GHz, the 8+ Gen 1 boasts 10% faster CPU performance. Similarly, increasing the GPU clock speed has improved performance by 10% with features such as volumetric rendering for more realistic fog and smoke effects in games. TSMC’s 4nm process boosts the Snapdragon 8+ Gen 1’s performance by up to 30%. Despite the faster clock speeds, Qualcomm claims that overall power efficiency has been improved, as have the thermals and battery life.

The chipset includes an X65 modem capable of peak 5G speeds of up to 10Gbps. Wi-Fi 6/6E and Bluetooth 5.3 with aptX Lossless technology and Bluetooth LE Audio are also supported.

Furthermore, the Snapdragon 8+ Gen 1 uses the same 18-bit Snapdragon Sight ISP. The ISP can process 4,096 times more component data than the 14-bit ISP used by last year’s Snapdragon 888. The 8+ Gen 1 will also be able to take photos at a rate of 3.2 gigapixels per second.

In a press release, Qualcomm revealed the brands that are expected to use their new chipset. Among the brands on the list were ASUS, iQOO, HONOR, Black Shark, OSOM, Xiaomi, OnePlus, RedMagic, and Motorola. The Snapdragon 8+ Gen 1 has been confirmed in the following phones: