Home Nothing The Nothing smartphone is reportedly arriving in early 2022 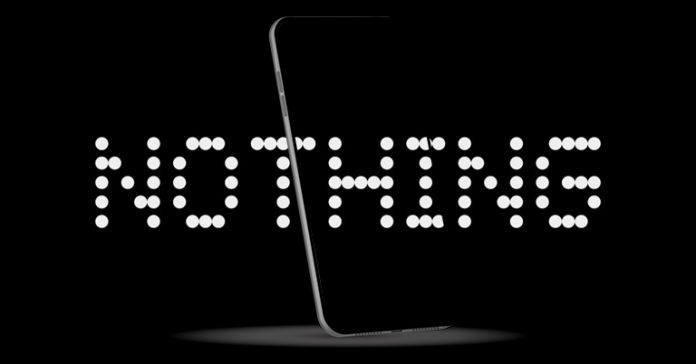 Carl Pei’s post-OnePlus venture has seen great success. With a name like “Nothing”, the brand managed to replicate the triumph of OnePlus’ early days. The company’s first product, the Nothing ear (1) wireless earbuds featured a radical design and a spec sheet that rivaled the industry’s biggest names. Of course, everyone expected Nothing to come out with a smartphone down the line and it looks like that’s scheduled for 2022.

Nothing Phone (1) or Nothing Smartphone (1)?

According to reliable tipster Mukul Sharma (@stufflistings), Nothing is working on a smartphone that will arrive by early 2022. And that’s about it. There’s no other information about the phone for now. Maybe it’ll be called Nothing Phone (1) or Nothing Smartphone (1). Only time will tell.

Earlier this year, Nothing completed its acquisition of Essential. And in case you’ve forgotten that name or were unfamiliar entirely, Essential was founded by Andy Rubin who founded Android. The company’s first and only hurrah was the Essential PH-1—the smartphone that introduced display notches to the world.

With the acquisition, Nothing has acquired Essential’s patents, trademarks, logo, and its entire brand. To note, this accretion was finalized on January 6, 2021, which is way before it unveiled the ear (1). Come to think of it, Carl Pei and the team seem they were most definitely inspired by the PH-1 when naming their first product.

Anyway, many speculated Nothing’s entry into the smartphone market back when this news broke out. But obviously, that didn’t happen—which brings us back to how things are right now. Nothing recently announced its partnership with Qualcomm as well that further grew discussions of a forthcoming smartphone launch. During the same announcement, it was also revealed that the company raised an additional USD 50 million investment through Series A extension. Nothing says this will be used in R&D and “the brand’s entry into new product categories as part of its ecosystem.”

What does the Qualcomm partnership mean?

As a result, it’s fair to assume that the Nothing Phone (1) (or whatever it ends up being called) will use a Snapdragon chip. Or maybe not. Qualcomm supplies more than just smartphone silicons, which include Bluetooth chipsets for wireless headsets and such. Just an example. Therefore, this partnership could simply be implying the two company’s collaboration on upcoming wearable products.

On the other hand, the rumored Nothing smartphone will likely have a non-conventional design with a transparent look, just like its earbuds. But this time, it won’t be entirely unique since major established OEMs have already tried this formula. Case in point, Xiaomi’s Mi 10 Ultra Transparent Edition which was launched last year, featured a transparent back.

Then again, such design choices haven’t really wooed the mainstream audience which is why manufacturers come out with only a small batch of transparent phones. Maybe Nothing has some tricks up its sleeves to come up with an even more exciting design, who knows? Besides this, the company is reportedly coming up with a power bank as well, called Nothing Power (1), which should be official by the end of 2021.