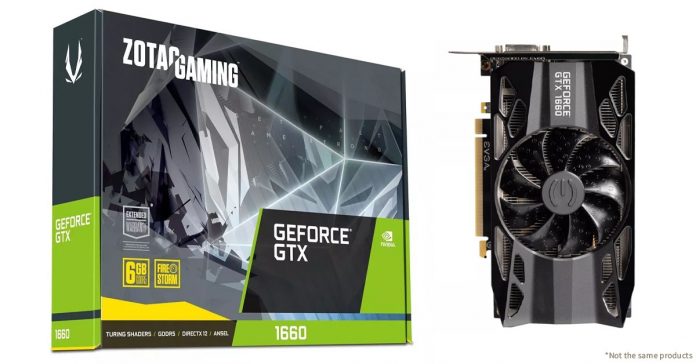 Nvidia’s GTX 1660 went from an ‘If’ to a ‘When’ right from the moment the GTX 1660Ti went official. This new card is based on Nvidia’s Turing architecture, which has now entered a new pricing category. The new card is priced at $219 for the base model, setting a new standard (kind of) in that segment. Essentially a cut-down version of the 1660Ti, which was a replacement for the GTX 1060 (6 GB), this one seemingly looks to replace the GTX 1060 (3 GB).

So, the cheapest Turing based card yet, beats its predecessor, the GTX 1060 by around 15-30 percent. It does lack the RT feature, Tensor Cores and has to make do with GDDR5 memory. That’s 6 GB of GDDR5 memory, with a bandwidth of 192 GB/s. Other specs like its TDP, maximum power consumption, or recommended power system remains similar to its Ti version. Going by the benchmarks and performance results, we could call this a great product by Nvidia.

It doesn’t exactly edge out its counterparts completely (but is better than the RX590), but it is the best GPU you can buy for $219. Aimed at 1080p gaming, this GPU should be a perfect fit for current GTX 960 (68% faster) or the GTX 970 (113% faster) owners. Given similar TDP numbers, the upgrade should be seamless. Will this help Nvidia with the backlash it received with the value proposition of RTX cards? Yes, it most certainly will.