We had been hearing about the OnePlus 10R in bits and pieces for some weeks now. The phone has just been unveiled officially by OnePlus in India. In this article, we will be discussing the specs, features, expected price, and availability of OnePlus 10R in Nepal.

OnePlus 10R is the successor to last year’s 9R. However, it is not a phone built from the ground up. If you look at the specs sheets, OnePlus 10R is identical to the China-exclusive Ace and Realme GT Neo 3.

The biggest highlight of the OnePlus 10R is the 150W wired fast charging that you can find on the Endurance Edition. With this, the phone takes only 17 minutes to fully charge its 4,500mAh battery. Likewise, the phone goes from 1% to 3% in the first three minutes of charging.

150W fast charging sounds a lot, but not many users find it necessary. For those, OnePlus even offers a regular version of the 10R with 5,000mAh battery and 80W charging.

OnePlus 10R has bagged Safe Fast-Charge System certification from TUV Rheinland. This has been made possible because of the custom Smart Charging Chip that works alongside proprietary Smart Battery Health Algorithm and Healing Technology to keep the battery safe over a long period.

OnePlus is also promoting the 10R as the first phone with the Dimensity 8100-Max processor. It is basically the same Dimensity 8100 chip, but OnePlus has worked with MediaTek Dimensity to add other exclusive optimizations. As per the company, Dimensity 8100-Max offers better thermal control, lower power consumption, more stable gaming, and improved AI.

For gamers, the phone even comes with an independent graphics chipset that enables Frame Plus feature to accelerate frame rates in supported games. Currently, this feature is available in games like Mobile Legends: Bang, Band, Asphalt 9, and Brawl Stars.

To keep the OnePlus 10R performing at the highest level for prolonged period, the company has included a large vapor chamber colling system with an area of 4129.8 sq. mm. Here, the company has opted for a graphite/graphene combination that offers 60% better heat dissipation than standard graphite. 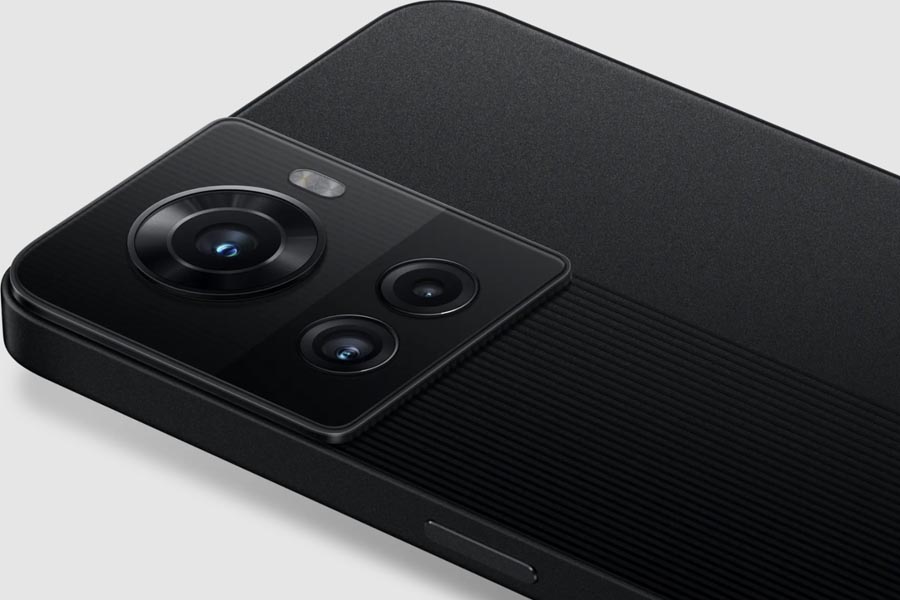 OnePlus 10R features a square camera bump at the back, which is home to a triple camera setup. The primary camera uses the 50MP Sony IMX766 sensor. Accompanying it is an 8MP sensor with an ultrawide lens. Completing the setup is a 2MP macro sensor. Over on the front, it features a 16MP selfie shooter.

Finally, OnePlus 10R sports a 6.7-inch FHD+ AMOLED screen with a center-aligned punch-hole cutout. It is a 10-bit screen with 120Hz adaptive refresh rate and 360Hz touch sampling rate (hardware-based). With the software, the touch sampling can get up to 720Hz.

The phone boots on Android 12-based OxygenOS 12.1 out of the box. It is also confirmed to get 3 years of Android updates and 4 years of security patches.