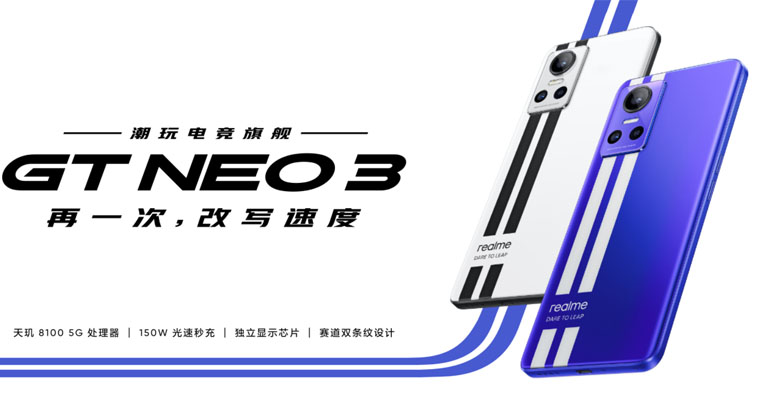 Realme GT Neo 3 went official in China a while ago, and the company has now launched a Naruto Edition of the phone. To remember, the Neo 3 was the world’s first smartphone to come with 150W wired fast charging. In this article, we will be discussing the key specs, features, expected price, and availability of the Realme GT Neo 3 in Nepal.

Apart from the Naruto-inspired design, the other highlight of the GT Neo 3 is the 150W UltraDart fast charging technology. It sports a 4,500mAh battery with a dual-cell architecture. The 150W UltraDart charging makes use of two parallel charge pumps with a conversion rate of 98.5%. With this, the phone can go from 0 to 50% in just 5 minutes.

Realme has placed 38 different safety measures to limit the battery temperature to 43 °  Celsius on the GT Neo 3. Likewise, it also claims that the battery will be left with up to 80% of the original capacity after 1,000 cycles. 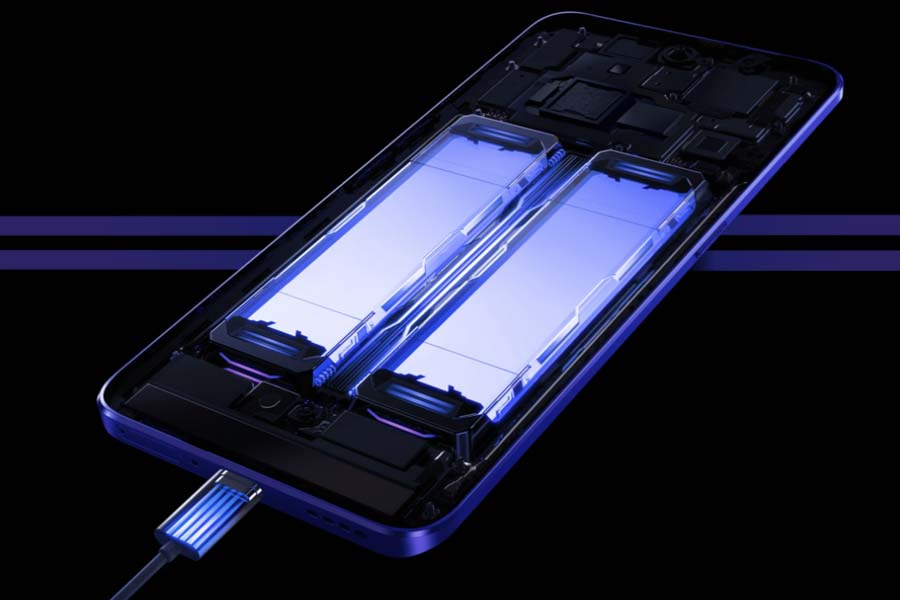 For those that don’t need that charging speed, Realme is also offering the GT Neo 3 with comparatively slower 80W Super VOOC charging and a larger 5,000mAh battery. It takes the phone from 0 to 100% in just 32 minutes.

While the Neo 2 employed a competent Snapdragon 870 chip, Realme has turned to MediaTek for its successor. Realme GT Neo 3 is powered by the newly announced Dimensity 8100, which the company has placed as a “power-efficient” version of the Dimensity 9000. 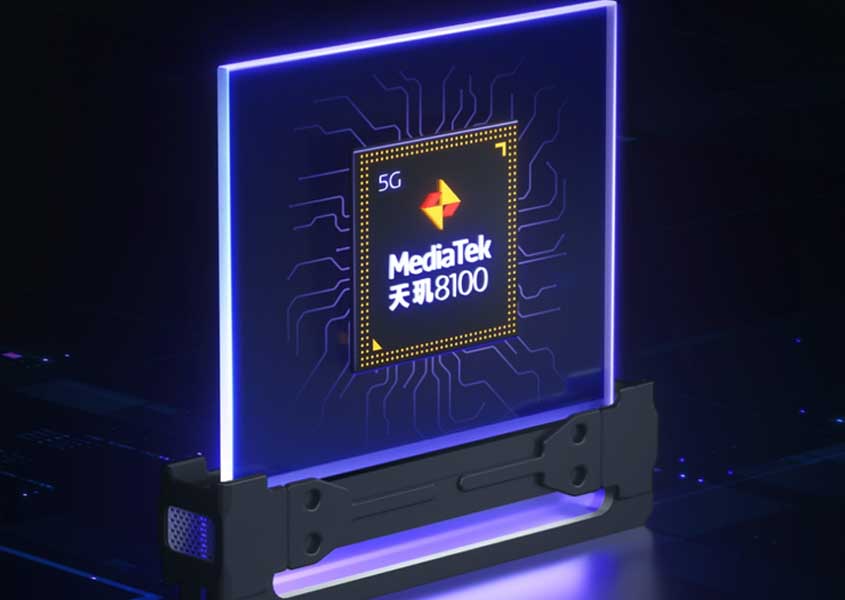 Realme GT Neo 3 has an upgraded nine-layer heat dissipation structure to keep the core temperature in check. It consists of a VC heatsink, 3D graphite layer, and diamond thermal gel.

The VC heatsink is made up of steel and copper and has a surface area of 4129mm2. Likewise, the heat dissipation area measures 39606mm2.

Regardless, the regular Neo 3 has an AG Glass surface for a comfortable grip and fingerprint resistance. There are three colors to choose from. The Blue and White color options feature race track-inspired black stripes that go through the camera island as well as Realme’s branding. 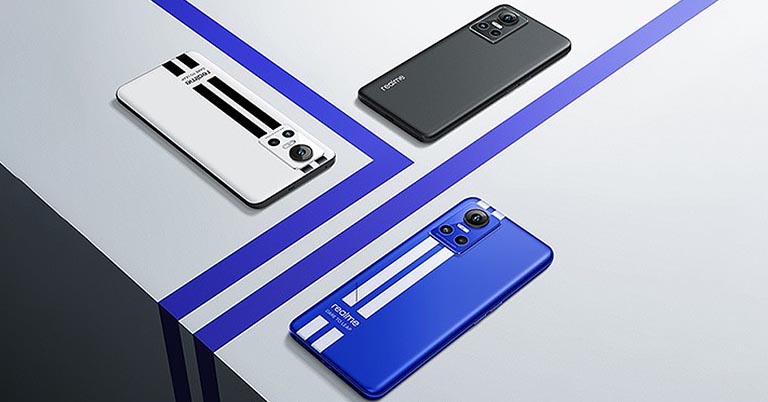 On the front, it features a 6.7” FHD+ AMOLED panel with a center-aligned punch-hole cutout. It’s a 10-bit panel with 100% DCI-P3 coverage and support for 120Hz refresh rate.

Talking about refresh rate, Realme has included an independent display chip that adds frames to scenes. As per the company, the added frames will make games look smoother while also reducing power consumption. There’s also a leaf symbol next to the camera module that represents Naruto’s Village Konohagakure. A realme x Naruto logo has been designed beneath it. The specifications of this special edition phone are the same as the standard GT Neo 3.

The price of the Realme GT Neo 3 in Nepal is Rs. 77,999. It is available via official stores like Hukut.