Today, OnePlus held an online event to announce the launch of their latest flagship – the OnePlus 9 Series. In addition to the OnePlus 9/9 Pro, the company also launched the cheaper 9R. It is a gaming-focused flagship smartphone that is exclusive to the Indian market as of now. Keep reading learn more about the OnePlus 9R, including its specs, features, expected price, and availability in Nepal.

OnePlus 9R features a 6.55-inch FHD+ flexible AMOLED panel. There is support for the 120Hz refresh rate. However, it is not adaptive as in the 9 Pro. You also get a touch sampling rate of 240Hz even while using up to 5 fingers. Like the rest of the device in the series, the OnePlus 9R has a left-aligned punch-hole cutout and minimal bezels. There are a total of 8,192 levels of brightness levels. 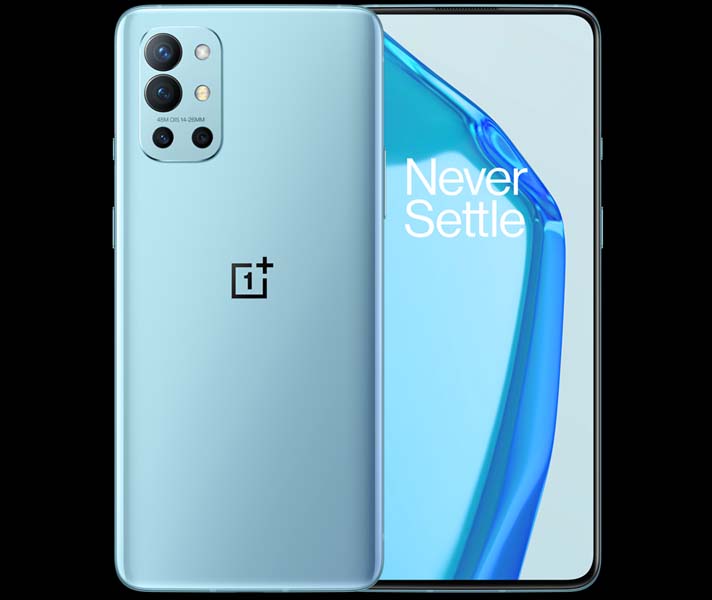 The phone weighs around 189g and is just 0.84cm thick. That’s because the phone has a polycarbonate body with a matte finish on top.

OnePlus 9R is powered by the Snapdragon 870 chipset. The chipset was announced earlier this year. It is basically the Snapdragon 865/865+ but with the Cortex A77 “Prime Core” clocked at 3.2GHz. The graphics are handled by Adreno 650 which is clocked at 670MHz. It doesn’t have an integrated 5G modem but is bundled with the Snapdragon X55 modem. There are around 14 different temperature sensors around the phone that detect heat and try to minimize it.

To enhance the gaming experience, the phone features a Vapor Cooling system. Similarly, OnePlus has included a Pro Gaming mode, immersive haptics, and dual-stereo speakers. You can even attach two additional trigger buttons that the company has announced alongside the OnePlus 9 series.

The phone arrives with up to 12GB of RAM and 256GB of internal storage. Like the other siblings, it ships with OxygenOS 11 based on Android 11 out-of-the-box.

At the back, the phone features a quad-camera setup. Sadly, there is no Hasselblad-branded camera setup here. It comes with a 48MP primary camera that supports OIS. It is accompanied by a 16MP ultrawide sensor. Then there is a 5MP macro camera and a 2MP B&W sensor completing the setup. On the front, there is a 16MP selfie camera enclosed by the punch-hole cutout. The device gets its juice from the 4,500mAh battery with support for 65W fast charging. A 65W adapter is included in the box. It doesn’t support wireless charging though. Other features include an in-display fingerprint scanner, NFC, Wi-Fi ax, 2X2 MIMO, and Bluetooth 5.1.

OnePlus 9R is exclusive to the Indian market for now where its price starts at INR 39,999 for the 8/128GB variant. It will be available for pre-order starting April. If it ever launches here, we can expect the price of the OnePlus 9R in Nepal to start at NPR 72,000.