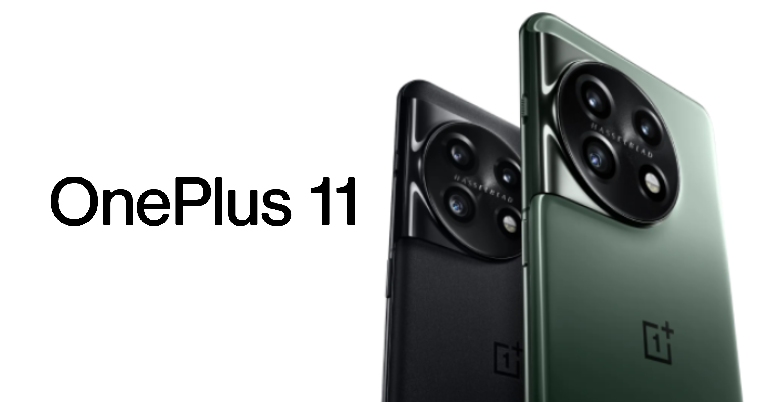 OnePlus is gearing up for the global launch of its 2023 flagship on February 7 at the “Cloud 11” event in India. Surprisingly, the phone will also be available in Nepal at the same time, as OnePlus has officially teased its arrival here. So let’s take a look at the specs, features, availability, and expected price of the OnePlus 11 in Nepal.

As a flagship smartphone, it should come as no surprise that the OnePlus 11 is powered by the latest and greatest chip from Qualcomm. It comes with Snapdragon 8 Gen 2 chip which was announced in November 2022 at the Snapdragon Tech Summit, and the OnePlus 11 is the company’s first phone to have it. The new chipset is built around 2nd generation Armv9 CPU cores with new core architecture. This year, Qualcomm has chosen a new 1+4+3 configuration over the traditional 1+3+4 setup. The silicon includes a high-performance Cortex-X3 core, four Performance cores (2.8GHz), and three Efficiency cores (@2.0GHz). Qualcomm claims that its latest flagship chip improves performance by up to 35% and power efficiency by 40%.

Similarly, to keep thermals under control, the OnePlus 11 includes a graphite cooling system that is said to improve thermal performance by 92%. In fact, the company claims that it has the best cooling system of any OnePlus smartphone to date. Furthermore, the smartphone is equipped with 512GB of UFS 4.0 storage. It is a new storage technology that can support data rates of up to 23.2Gbps, which is roughly twice the speed of UFS 3.1. UFS 4.0 was first introduced by Samsung in May. Memory option includes up to 16GB of LPDDR5X RAM. As for the software, the phone ships with OxygenOS 13, based on Android 13.

OnePlus 11 builds on the design of its predecessor and now features a circular camera module on the rear, placed at the left edge. The camera housing is still connected to the frames, which, by the way, are made of aluminum. The rest of the back is ceramic, and it also retains the classic alert slider. 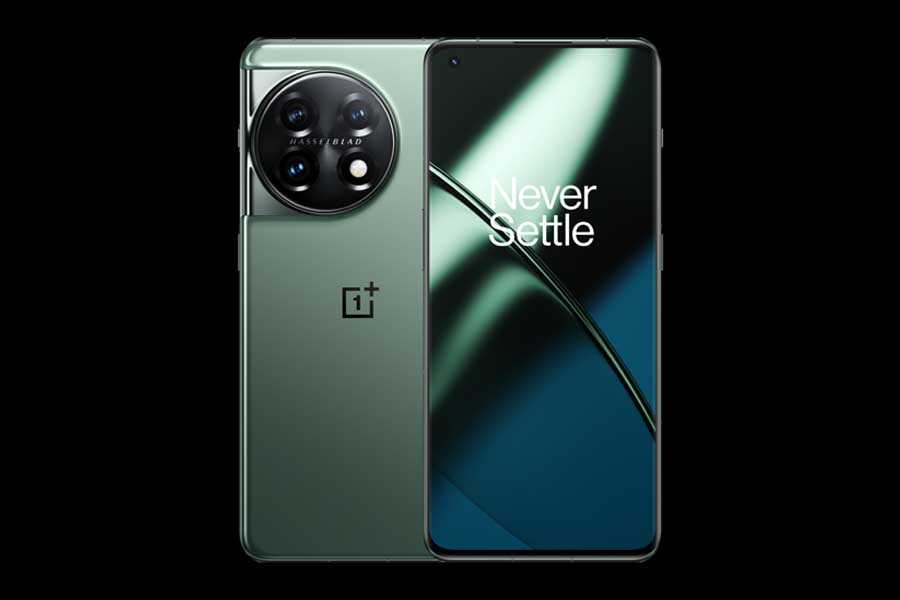 On the front, there is a 6.7-inch Samsung E4 AMOLED display with QHD+ resolution. OnePlus says this is the true LTPO 3.0 display, enabling instant and seamless frame rate switches, up to 120 Hz.

Moreover, the smartphone comes with support for certifications like HDR and Dolby Vision. It is protected by Corning Gorilla Glass, and the screen also houses a fingerprint scanner for biometrics.

Camera-wise, the OnePlus 11 has 50MP Sony IMX890 primary sensor along with a 48MP Sony IMX581 ultrawide. Similarly, there’s a 32MP Sony IMX709 telephoto lens with 2x optical zoom and an RGBW arrangement to increase the amount of light it captures. According to OnePlus, the RGBW arrangement increases light capture by 416%. 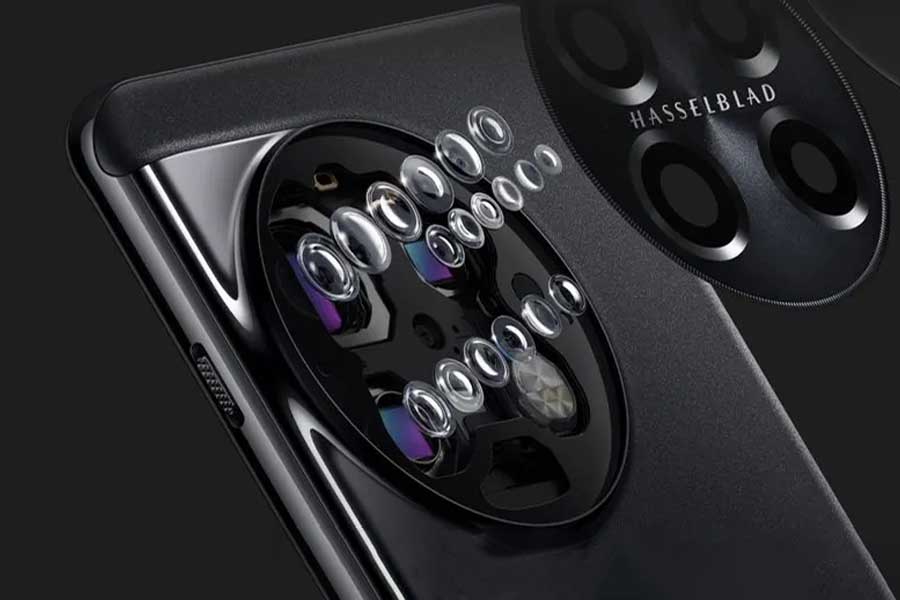 The smartphone also retains the Hasselblad camera optimization. To get the most out of this optimization, it comes with a 13-channel multi-spectral sensor, which will be used specifically to output natural colors in photos. Not to forget, the primary camera also has OIS support. For selfies, the device has a 16MP sensor.

Furthermore, OnePlus has partnered with AAC technologies to provide the world’s first bionic vibrating motor in a smartphone. It has a surface area of over 600 sq. mm and is said to offer better haptics than the iPhone 14 Pro Max.

For audio, you get a dual speaker setup with support for Dolby Atmos. Likewise, fueling the smartphone is a dual-cell 2500mAh battery that supports 100W fast charging.

OnePlus 11 Price in Nepal and Availability

As for the price, OnePlus 11 is launched in China for a starting price of CNY 3,999 for the 12/256GB variant. It is a lot cheaper if you compare its price with the OnePlus 10 Pro at launch. We expect the price of the OnePlus 11 to start at NPR 100,000, if and when it launches on February 7 in Nepal.