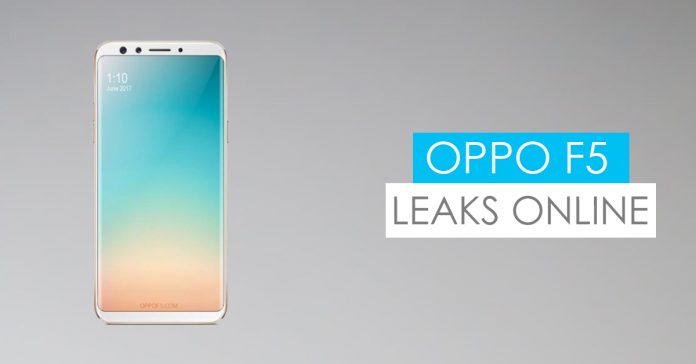 Oppo’s newest smartphone – the Oppo F5 made an appearance in a video by one of the Philippines’ TV channel a couple of days back. The smartphone was showcased from all 360-degree in that video confirming rumors that the F5 would be Oppo’s first smartphone with an 18:9 aspect ratio.

Like most of Oppo’s smartphones, the Oppo F5 too is a ‘selfie expert’. It has dual 16-megapixel front-facing shooters up front. The device houses a 20-megapixel sensor on the back which is accompanied by a LED flash. The Oppo F5 will flaunt a 6-inch display with minimal bezels on the top and bottom. We are yet to receive any news regarding the resolution of this display, though. In terms of performance, the smartphone will probably have 6 GB of RAM which might be coupled with Qualcomm Snapdragon 660 processor.

Sensors wise, the Oppo F5 has a fingerprint scanner on the rear-end. It also comes with accelerometer and proximity. All of this could be backed by a 4,000 mAh battery. Do note that most of these specifications are based on the rumors circulating around. The Oppo F5 won’t be the first smartphone from the Chinese company to feature dual front-facing cameras. Oppo had launched the Oppo F3 a while back in Nepal and it came with dual 16-megapixel and 8-megapixel secondary cameras. The F3 did quite well in our review considering its price tag of Rs. 30,996.