POCO has recently announced the POCO X4 Pro as the successor to the last year’s POCO X3 Pro—which if you remember was the best gaming phone in the mid-range segment. And naturally, we would expect this year’s X4 Pro to be a gaming-centric phone as well, right? But this isn’t a gaming phone by any means. Having used the POCO X4 Pro 5G for about a day, this is my early impression of the phone.

If you look at the overall specs sheet of the POCO X4 Pro, it looks pretty much identical to that of the Redmi Note 11 Pro 5G. It has the same 6.7-inch AMOLED screen with a 120Hz refresh rate, the same 108MP triple camera setup, and the same Snapdragon 695 5G chipset. The only difference you’ll find here is the design on the back. While the Note 11 Pro brings a matte finish, the X4 Pro settles for a glossy look that reflects lights from the bottom. The camera layout is also quite different here with such an unnecessarily big and wide module, which to be honest, I am not a big fan of. But I can certainly see people liking such design choices.

And that’s about it! The POCO X4 Pro, which I expected to be a gaming phone, to begin with, is basically a rebranded Redmi Note 11 Pro 5G. As Anupam Mittal from Shark Tank India says, “Mujhe valuation sunkay chakkar aaraha hai”. And that’s what’s exactly happened with this phone.

I just don’t get why POCO, which is now an independent brand, decided to copy everything from its ex-parent company Xiaomi and launch it as a new phone of its own. Besides, POCO’s X-series is supposed to be home to ultra-competitive gaming phones for the OG gamer community. And speaking on their behalf, it’s fair to say that they just don’t care if the X4 Pro has a flagship 108MP camera sensor or a design that shines. Heck, they don’t even want an AMOLED screen, as long as the display has a high refresh rate and a fast touch sampling rate.

So yeah, I would have liked it if POCO had launched this phone in a different series or maybe simply named it the POCO X4, and then launched the X4 Pro with a beefier chipset instead.

Still considerable—but not for gamers

Then again, if you are not a gamer, the X4 Pro is actually not a bad phone by any means. I can say that because I’ve been using the Redmi Note 11 Pro myself for the past couple of days, and there is definitely some quality of life improvements over last year’s Note 10 Pro here. 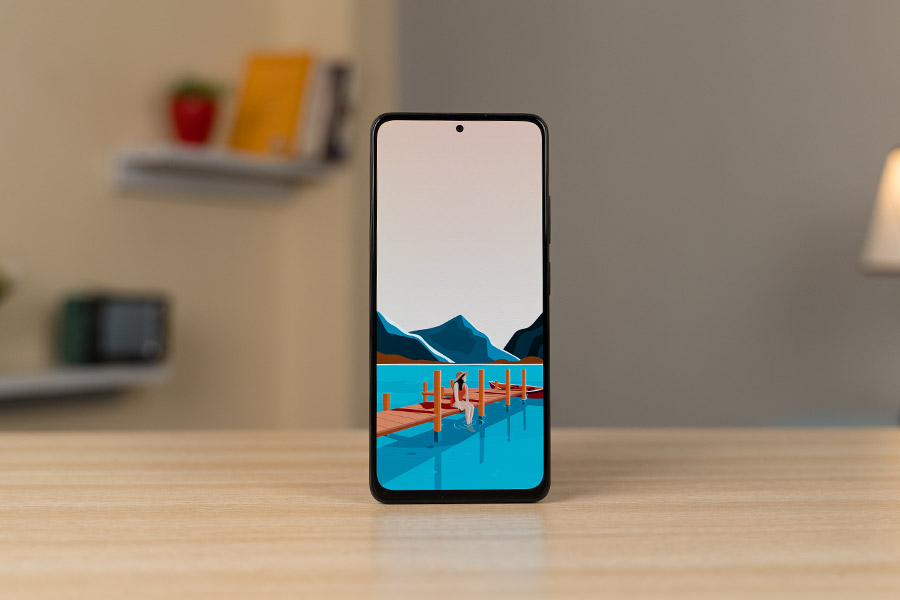 For instance, you get a very good AMOLED display on the POCO X4 Pro with a fast 120Hz refresh rate, while the touch sampling rate has been bumped from 240Hz on last year’s X3 Pro to 360Hz as well.

As a result, typing up stuff here is a satisfying experience and more importantly, the faster touch sampling rate is also a big plus when playing fast-paced games. Yet, POCO has downgraded the display protection from Gorilla Glass 6 to Gorilla Glass 5 this time—whereas this OLED display still doesn’t integrate an in-display fingerprint reader.

On the other hand, its stereo speakers are pretty loud and you will certainly enjoy watching videos on this phone. And despite featuring a big 5000mAh battery, POCO has maintained the overall design aesthetics of the phone pretty well. At 205 grams, it has the right heft to it and the phone doesn’t end up feeling cheap or anything.

Additionally, the X4 Pro supports a faster 67W charging that takes it from 0 to 100% in just 41 minutes according to POCO.

In my preliminary tests, I’ve found its camera to be fairly good enough as well. From what I can tell, it’s definitely better than the POCO X3 Pro and even the more expensive POCO F3.

But since they have included such expensive hardware in the display, camera, and design department, POCO had to compromise somewhere else to keep the price low. And yes, that’s in the chipset itself.

The Snapdragon 695 that’s powering the X4 Pro is a fairly capable 5G chipset, but it is nowhere near what Snapdragon 860 on the POCO X3 Pro offered. It can’t hit 60fps in most games including PUBG Mobile and Genshin Impact even when lowering the graphics quality.

So yes, this is absolutely not the affordable gaming phone that many of us were hoping for, but is rather a balanced midrange device that should appeal to the mainstream consumers. Having said that, I would certainly love to see the true successor of the POCO X3 Pro in the coming months! I hope you will make that happen, POCO!