After the announcement of the Snapdragon 888 last month, Qualcomm has unveiled yet another chipset for premium smartphones. The introduction of the new Snapdragon 875 seems a bit weird as the chipset is based on the Snapdragon 865 of last year. That being said, let’s take a look at the new Qualcomm Snapdragon 870 5G and the improvements it brings over the regular Snapdragon 865 and the SD 865+. 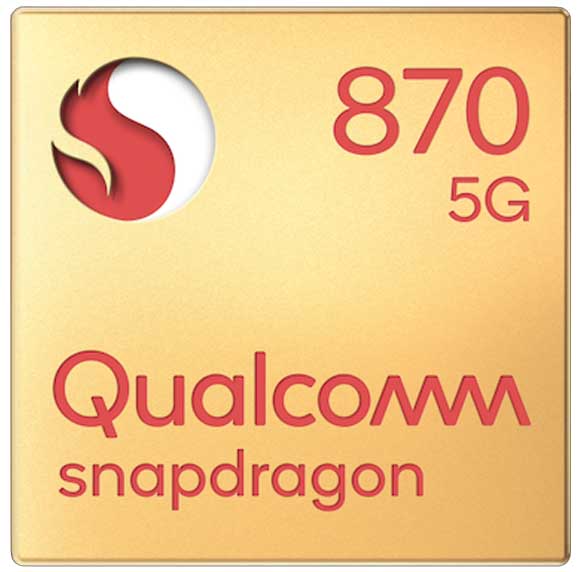 And that is all the difference between the Snapdragon 865+ and 870. The moniker Snapdragon 870 may give an initial impression of substantial upgrades over the 865+ but that is not the case here. Both feature the same Adreno 650 clocked at 670MHz. The GPU here has a slightly higher clock speed compared to the regular Snapdragon 865.

Other than that, all three chipsets are based on TSMC’s 7nm process node. They feature 8 CPU cores arranged in a 1+3+4 configuration. Besides the Prime Cortex-A77 core, the other three Cores-A77 (Performance core) and the four Cortex-A55 (Efficiency cores) are clocked at 2.42GHz and 1.80GHz, respectively. These chipsets don’t have an integrated 5G modem and are bundled with the Snapdragon X55 modems for 5G connectivity.

Qualcomm has confirmed that Snapdragon 870 5G will be powering some of the flagship devices in 2021. Brands like Motorola, iQOO, OnePlus, Oppo and Xiaomi have already confirmed to use the device in their premium smartphones. Rumors suggest that Xiaomi will be unveiling a variant of the Redmi K40 with the Snapdragon 870 that will be cheaper than the regular K40 with Snapdragon 888.