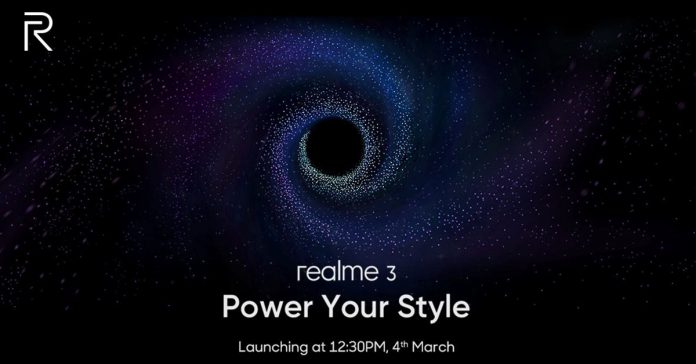 Realme seems serious about cameras on their devices. We tested the Realme 2 Pro and got outstanding results and the new leaked images of the Realme 3 guide us to believing that it will awe us too. Some comparison shots of the Realme 3, Samsung Galaxy M20 and Redmi Note 7 have been leaked on the internet today and what we see in the pictures is very clear to what Realme is trying to show us, the quality of the cameras in its upcoming device.

Not more than 4 days ago, the company leaked about the design the upcoming device is going to come with. The device is rumored to come with a starry back finish.

So, coming back to the topic at hand, the Realme 3 is said to launch on March 3 and before the launch here are some leaked camera samples. And interesting is that these have perfectly defined which smartphones are the Realme 3 going to compete with. Check out these samples,

Looking at all these samples, it’s evident that the company is trying to deliver the fact that the Realme 3 will have a better HDR function in the cameras. The enhanced HDR function is called Chrome Boost. And evidently it’s doing an excellent job in the shadow areas and details of the pictures against rivals Galaxy M20 and Redmi Note 7.

Also, the company has added a nightscape mode, which in simple language is a handheld night mode for taking better images in low light conditions without making use of a tripod. Similarly, as far as the leaks go, the Realme 3 will automatically fight against the shakiness in night images while taking a long exposure shot. Check out this sample,

Also, we see a leaked image showing the Antutu score of the upcoming device and the score is a massive 137976. The device is reportedly said to have MediaTek’s Helio P70 processor powering it.

As of now, the pictures have been leaked and it’s, clear what the company is trying to tell the audiences. We would definitely want to see what the cameras of the Realme 3 are capable of after it launches on the 3rd of March.